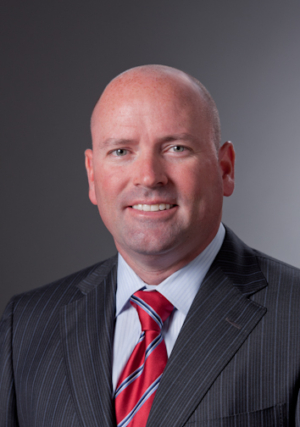 The City of Port St. Lucie’s community development director, Wesley McCurry, will join the Economic Development Council of St. Lucie County (EDC) as its senior vice president in November. He will lead the organization’s business attraction and retention activities.

McCurry has overseen the rapid development of Port St. Lucie’s jobs corridor since 2018. Prior to that he led planning, development and operations for Tradition on behalf of Fishkind & Associates and as president of the Tradition Development Company. He was also vice president and planning director for Core Communities during the master planning phase of Tradition, transforming 10,000 acres of dying orchards and fallow land into one of St. Lucie County’s most dynamic communities.

“The EDC is exceptionally fortunate to have Wes join our team,” said EDC President Pete Tesch.  “We’ve worked side-by-side during his tenure as Port St. Lucie’s community development director and his time with Tradition Development Company to ensure that employers receive professional, high-quality assistance in locating or expanding their facilities in Port St. Lucie. Now, Wes will be available to ably assist in the recruitment of these highly-sought-after companies as well.”

“I have enjoyed seeing the long-planned vision of a jobs corridor along I-95 begin take place over the past four and a half years with the city,” McCurry said. “I am looking forward to continuing these efforts on a larger scale with the EDC and its economic development partnerships to accelerate job retention, creation and economic growth throughout St. Lucie County.”

Port St. Lucie City Manager Russ Blackburn acknowledged McCurry’s significant contributions to the city’s prosperity in a Sept. 26 announcement about the move. “The city’s success in planning and selling land for economic development projects in the Southern Grove jobs corridor is due in part to Wes’s knowledge and tireless efforts,” said Blackburn

McCurry served as chairman of the EDC’s board of directors in 2018. He graduated from the University of Tennessee with a degree in urban studies and is a member of the Urban Land Institute where he has served on the Community Development Green Council and the International Council of Shopping Centers.  He and his wife Ana have one son.

About the Economic Development Council of St. Lucie County

The EDC is a private, not-for-profit organization dedicated to promoting economic vitality in St. Lucie County through the attraction, retention and expansion of businesses in the community.  The EDC works in partnership with local governments and the private sector to advance its goals of creating more and better-paying jobs for residents, broadening the tax base and improving St. Lucie County’s economic quality of life.  Contact the EDC at 772.336.6250 or www.youredc.com.

Treasure Coast Business is a news service and magazine published in print, via e-newsletter and online at tcbusiness.com by Indian River Media Group. For more information or to report news email [email protected]
Sep. 30, 2022|