With record breaking attendance reported at airshows across the country, please find important information to help you build engaging and informative content packages for your audiences whether in print, television, radio, digital or omni-channel.

o   Aerobatic portion of the day starts at 11:30 a.m. with opening ceremony and the All-Veteran Group jumping into the show with the American and POW flags.

o   A three to four ship formation with multiple generations a USAF warbirds and fighter jets, a stirring tribute to the US Air Force.

o   Unlike the F-16 which will be staged and flown from another airport, the F-18 will be staged at Witham Field. In addition to the demonstration, there will be two other F-18 on the airfield as static displays and a F-18 simulator experience.

o   Founded in 1987, one of the most successful aerobatic performance teams, for nearly 40 years thrilling crowd with their precision and beauty

o   Fresh from his 11th consecutive National Aerobatic Champion title, Holland promises the most thrilling of performance of the show

Each year the Stuart Air show donates tens of thousands of dollars to area charities as well as service programs for children and Veterans. With more than 24 groups volunteering at the show, the airshow becomes an important platform for these groups to raise awareness as well as funds.

Media interviews, rides and photo or video opportunities available upon request throughout the week.

About the Stuart Air Show

The Stuart Air Show is a 501 (C) (3) nonprofit organization. For more than 30 years, it has been dedicated to honoring the history of American aviation and veterans. Each year the air show attracts tens of thousands of attendees and partners with schools and children's service agencies to offer STEM and other educational opportunities to hundreds of school-age children. The Stuart Air Show also partners with like-minded mission nonprofits such as EAA Chapter 692, Southeast Florida Honor Flight, and the U.S. Naval Sea Cadet Corps, as well as providing fundraising opportunities for dozens of other Martin County-based charities.

Treasure Coast Business is a news service and magazine published in print, via e-newsletter and online at tcbusiness.com by Indian River Media Group. For more information or to report news email [email protected]
Nov. 7, 2022| 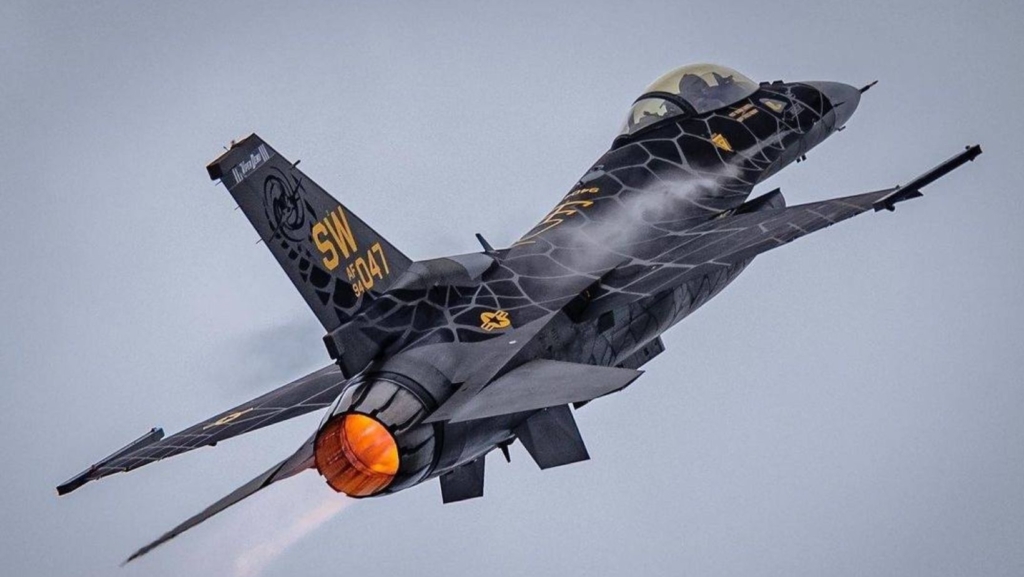 Who doesn’t love the thrill of seeing sleek planes and breathtaking pilot demonstrations?

Luckily, the Stuart Air Show, the biggest event on the Treasure Coast, is headed back to Witham Field the weekend of Nov. 12-13, 2022.

The theme of this year’s show is “Celebrating Aviation: Honoring its Past and Inspiring its Future.”

Nov.10 is a special event for local students. Hundreds of area school children will be hosted at a STEM programming day and will meet pilots, air crews, meteorologists and others in the science, aviation and public safety industries.

This is the first time the Stuart Air Show has planned such an exciting and inspiring day and everyone is anticipating it with great excitement. More details will be available soon.

Nov. 12 and 13 are actual show days, with gates opening at 9 a.m. for displays, vendors and children’s activities. The Air Show takes place on both days from approximately 11:30 a.m.-4 p.m. (Times are tentative.)

There will be many dynamic ticket options available so no matter what your budget or what size your family, the Stuart Air Show has you covered.

Kids aged six-12 are $5 each and five and under are free.

There are lots of exciting upgrade ticket packages too: Dirty Flight Suit Party, Flight Line Club, spectator seating, premium parking and more. There are a limited number available for each, so don’t wait to check the details at www.stuartairshow.com/tickets and purchase yours.

The Stuart Air Show highlights the importance of aviation and the service of veterans. It also provides scores of opportunities for schools and school-age children to learn about aviation, American history and the Armed Forces.

It is a safe, family-friendly entertainment experience that generates financial support for benefiting non-profit organizations. The Stuart Air Show features thrilling performances by nationally-known performers, as well as interesting and historical stationary displays of aircraft and vehicles.

To learn more about the Stuart Air Show, how you can volunteer or be a sponsor, visit www.stuartairshow.com.

Treasure Coast Business is a news service and magazine published in print, via e-newsletter and online at tcbusiness.com by Indian River Media Group. For more information or to report news email [email protected]
Aug. 25, 2022|

The Stuart Air Show announced the appointment of Inez van Ravenzwaaij to the position of executive director. The news comes immediately after the organization scored a massive success with its Top Gun-themed Salute to Stuart pre-air show event, which took place on June 25.

Van Ravenzwaaij is a longtime air show fan and volunteer. She has 30-plus years of marketing and event experience, including managing super-car and air shows, grand openings, galas, and more.

After gaining experience with events like Surprise in the Skies for the twentieth anniversary of Walt Disney World, the Countdown to the Magic promotional European tour for the opening of Euro Disney, and Wings & Wheels in Fort Pierce, she's the recipient of numerous awards from the International Council of Airshow and the International Festival & Event Association.

Adding to her dynamic resume, Van Ravenzwaaij was a marketing manager for Scripps Treasure Coast Newspapers/TCPalm, Cleveland Clinic Martin Health, and, most recently, Boys & Girls Clubs of Martin County. But her enthusiasm for air shows, aviation, and veterans has never waned, and she's been an active community volunteer and a founding member of Southeast Florida Honor Flight, with which she has accompanied WWII veterans on more than 14 flights.

"We're delighted that Inez agreed to join our air show team," says Doug Davis, Stuart Airshow Board President. "Her extensive marketing and event experience, combined with her deep roots in the community and her passion for all things aviation, will bring invaluable perspectives in guiding the organization through its next stage of development and growth."

Van Ravenzwaaij added, "I am honored to be invited to join the team and be a part of the largest event on the Treasure Coast that brings so much pride to the community. I can't wait to get started and make the community even prouder of it and of all that it stands for – honoring the past while inspiring the younger generation to look up into the blue skies and imagine all the possibilities."

Plans for the 2022 Stuart Air Show on November 11-13 are well underway, and commitments from several U.S. military jet teams and nationally recognized aerobatic performers have already been received. Tickets can be purchased in advance at www.stuartairshow.com.

The Stuart Air Show, a nonprofit organization, has been dedicated to honoring the history of American aviation and veterans for more than 30 years. Each year the air show attracts tens of thousands of attendees and partners with schools and children's service agencies to offer STEM and other educational opportunities to hundreds of school-age children. The Stuart Air Show also partners with like-minded mission nonprofits such as EAA Chapter 692, Southeast Florida Honor Flight, and the U.S. Naval Sea Cadet Corps, as well as providing fundraising opportunities for dozens of other Martin County-based charities.

Treasure Coast Business is a news service and magazine published in print, via e-newsletter and online at tcbusiness.com by Indian River Media Group. For more information or to report news email [email protected]
Jul. 14, 2022| 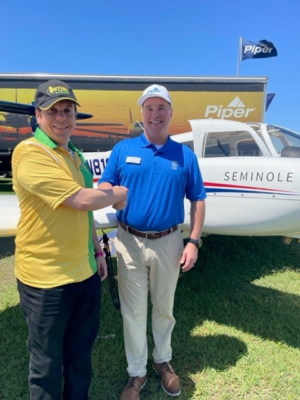 About Piper Aircraft, Inc.
Piper Aircraft Inc., headquartered in Vero Beach, Fla., offers aviators throughout the world efficient and reliable single- and twin-engine aircraft and is the first general aviation aircraft manufacturer in the world to certify Garmin Autoland. The single-engine M-Class series – the M600SLS, M500, and M350 – offers businesses and individual’s elegant performance, value and a superior ownership experience. The Personal Class Archer LX and Archer DLX balance proven performance, efficiency, and simplicity in a piston powered aircraft. The Trainer Class Pilot 100/100i, Archer TX, Archer DX, Seminole and Seneca V aircraft form the most complete technically-advanced line of pilot training aircraft in the world. Piper is a member of the General Aviation Manufacturers Association. To learn more about Piper Aircraft, visit the company’s website at piper.com
Treasure Coast Business is a news service and magazine published in print, via e-newsletter and online at tcbusiness.com by Indian River Media Group. For more information or to report news email [email protected]
Apr. 11, 2022|

On behalf of the FAA the type certificate was presented to Piper Aircraft President and CEO, Simon Caldecott by Piper’s FAA ODA Administrator Eric Wright in front of more than 700 guests, including community […]