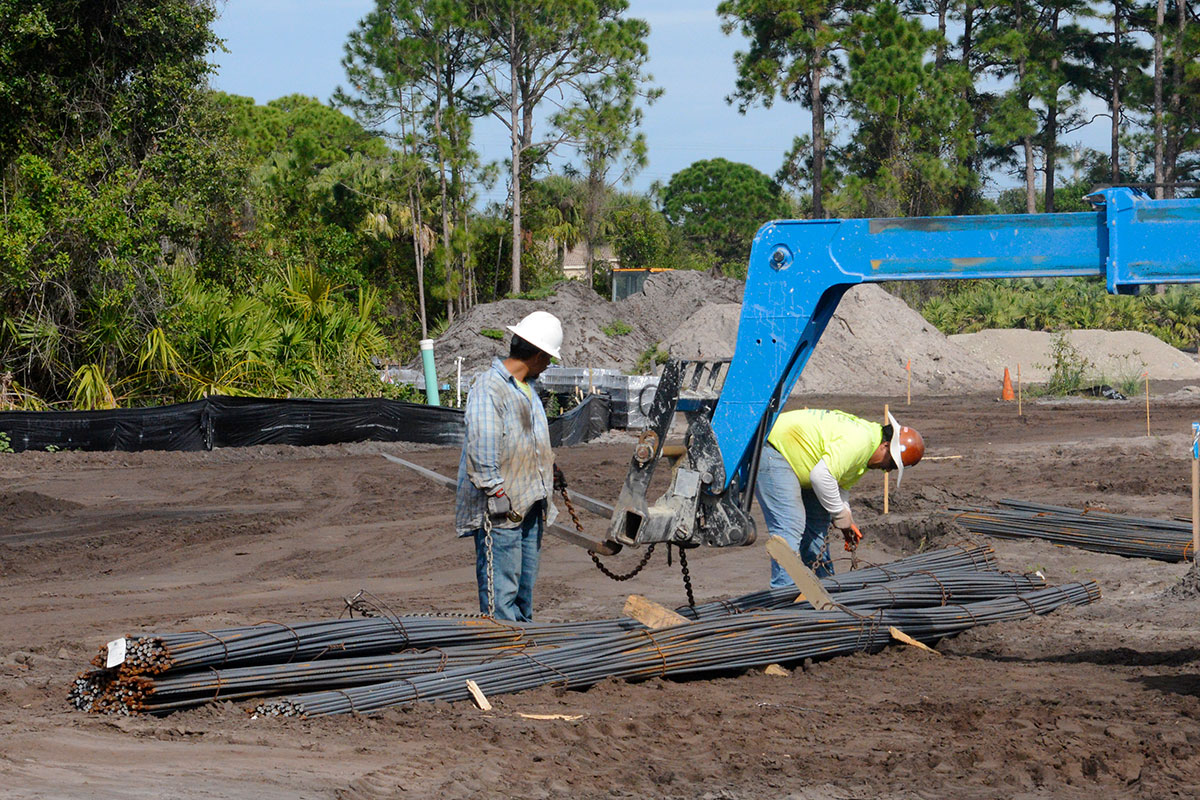 Homes, projects and renovations have skyrocketed in Treasure Coast

Building construction is hot on the Treasure Coast and could be considered at boom-time rates in some spots as the area tries to keep up with growth spurred by high consumer confidence in a robust economy, contractors and building officials told Treasure Coast Business.

Contractors and their regulators at city and county building departments are having a tough time getting and keeping laborers, skilled trades workers and inspectors to keep up with growth, says Joel Dramis, building official for the City of Port St. Lucie.

It’s boom in terms of lift since the Great Recession but still less so than 15 years ago.

The low point for home starts as measured by permits issued for single-family residences was in 2008 at only 35 to 50 a month, Dramis says. In 2008, all permits issued by Port St. Lucie — from houses to small projects to major renovations — were about 1,000 per month. That figure is now about 4,000 per month, he says.

In recent years, the increase in Port St. Lucie home building has been 10 to 15 percent annually. That momentum shows no signs of slowing, Dramis says. In the first quarter, housing starts were up 30 percent from a year earlier, at 594 new home permits issued.

Indian River County Building Official Scott McAdam, who formerly held the same position in Fort Pierce, says, “We’re extremely busy. It used to be the trend for growth was out west (of Vero Beach). Now, it appears to be throughout the county.”

McAdam and Dramis say that mature eastern areas with established neighborhoods and business districts are filling in.

Bill Handler, president of GHO Homes that builds in Indian River and St. Lucie counties, says that about five years ago builders shook off the recession and began another bull run. Economic fundamentals are stronger now and builders are no longer afraid to invest, he says.

“Before just a few years ago, we were dead in the water,” says McAdam. “I don’t see anything on the horizon stopping us. People have the money and the confidence.

“It’s not only new construction. They are putting in pools, screen enclosures, making their houses better. They had been holding on to their money for a number of years, and now they are spending it. People are putting on new roofs like crazy,” McAdam adds. 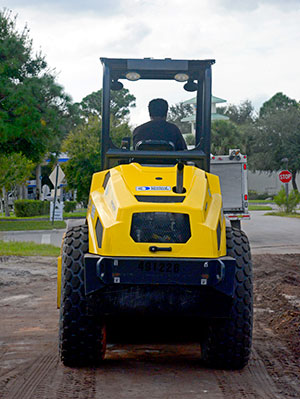 One downside may be the demand has caused a need for skilled trades workers as contractor orders soar. Businesses are aiming more at attracting young people to construction trades.

CONTRACTORS STRAIN TO MEET DEMAND
In the 1970s and 1980s, contractors in Port St. Lucie bought large tracts of land then cleared out the trees, and laid down the infrastructure, which was a profitable large-scale venture. But after the last recession, developers were left owing tens of millions of dollars when demand dried up, says Dramis. This had led to contractors pulling back to smaller tracts, down to a single lot at a time.
“Now, what is happening is they are selling so fast, the next piece isn’t ready in time,” he says.

Booming demand leads to a shortage of skilled construction workers, many of whom decide to answer the growing call for inspectors, which lends to the skilled worker shortage just as contractor orders soar.

Dramis says a recent meeting of skilled trades workers led to plans for a boot camp to interest young people in the construction trades.

Commercial construction is also growing in line with housing starts over the area.

In Port St. Lucie, 43 permits for new commercial buildings were issued in the first three months of 2019, including 34 for multi-family residences. Adding in restaurants, recreation centers, warehouses and model homes, that means at least $19 million in new construction. Add to that the nearly $110 million for new single-family homes and $3.3 million for 28 new half-duplexes in 2019’s first quarter.

Indian River County showed 13 permits issued for multi-family structures, the average price for those at $1.7 million, in the first quarter.

Sebastian’s single commercial construction project for the quarter was an $800,000 Dollar General.