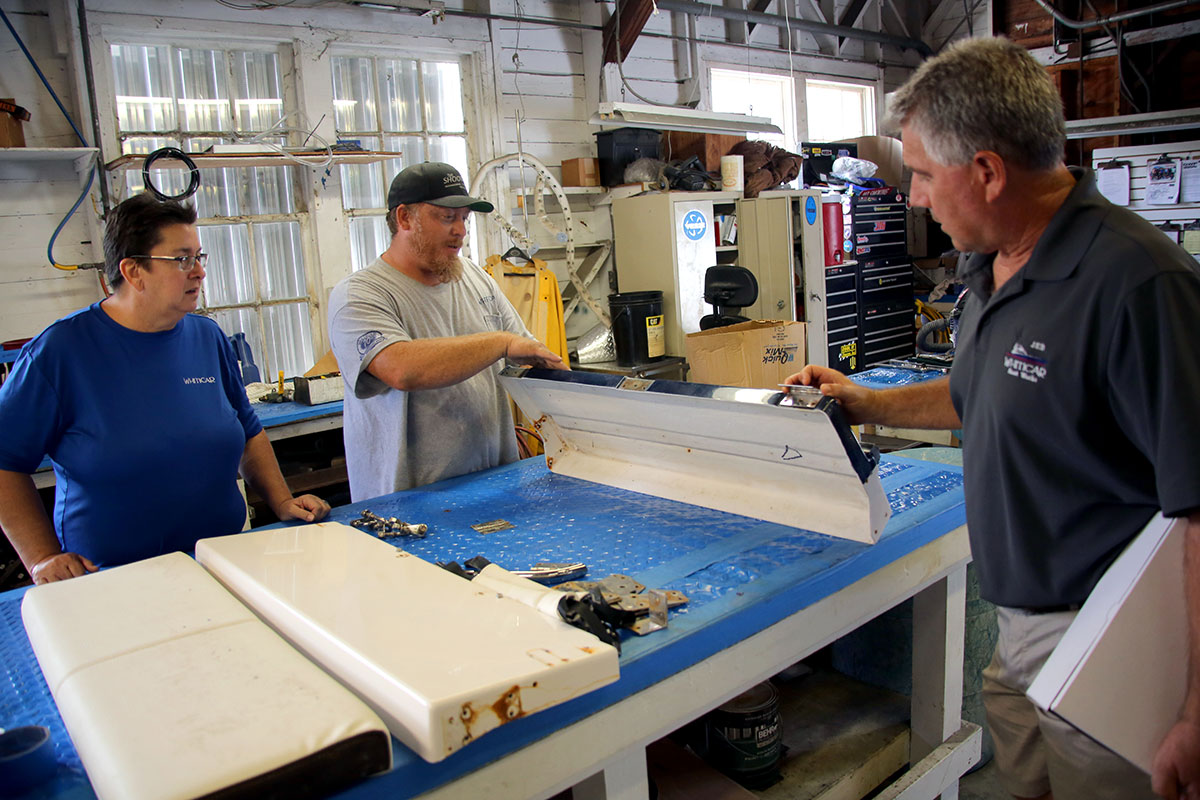 Jim Dragseth’s uncle, Curt Whiticar, started repairing and refurbishing boats in 1947 in Stuart when he established Whiticar Boat Works. Jim’s father brought his family to Stuart in 1949 and joined his brother in law making the foundation for a company that remains vibrant 70 years later. Jim joined in 1969, sweeping floors, sanding boats and doing whatever needed done. Today, he is president of the company. 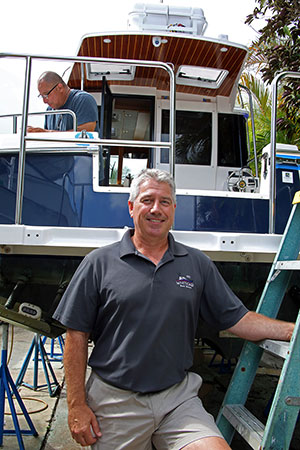 On the day after Labor Day, he led nearly 50 employees at Whiticar boat yards in Stuart and Fort Pierce as they spent long hours returning boats from dry storage after Hurricane Dorian passed by the Treasure Coast.

The Whiticar company has 48 workers, which puts it in the largest segment of small businesses in Florida, where nearly 40 percent of companies have between 20 and 49 employees. He says he faces the same risks and rewards as small businesses around the country. After assuring solid business practices of his own company, success may depend on the overall workings of the economy or the increasing difficulty of finding and keeping qualified help.

There is nothing small about small business on the Treasure Coast and in Florida when it comes to impact on the economy and people’s lives. According to the Florida Small Business Development Center, 99 percent of all businesses in the state employ fewer than 50 people.

Small businesses create three out of four jobs and account for 43.5 percent of the state’s gross domestic product (GDP), according to the Florida Department of Economic Opportunity.

The latest figures, from 2015, show that there were nearly 75,900 small businesses with fewer than 50 employees in the Treasure Coast: about 32,500 in St. Lucie, 21,800 in Martin, 18,600 in Indian River and 3,000 in Okeechobee counties, reports the Florida SBDC network, which has headquarters in Pensacola and regional offices throughout the state, including one at Indian River State College.

Given the bulge in spending and business activity during the winter season, many businesses find it is imperative to make most of their money during that time.

One such business is Fort Pierce KOA, owned by Brian Bacher, who has a small campground north of downtown Fort Pierce and plans to open a much larger one in the fall of 2020 at the corner of Jenkins Road and Edwards Road in Fort Pierce.

While the Treasure Coast was largely spared the wrath of Hurricane Dorian in early September, it killed business in the normally lucrative Labor Day weekend for Fort Pierce KOA, Bacher says. “I had to cancel all the reservations and refund all the money. It hurts.”

Bacher hopes his ability to recover from single events, such as the Labor Day washout, will be alleviated when he opens the larger campground. His first location has 35 sites on 3.5 acres. His second location will have 320 sites on 56 acres.

Nearly half of the Treasure Coast’s population is in St. Lucie County. Housing is mainly cheaper there, but residents often commute to another county, including Martin and Indian River, for jobs. 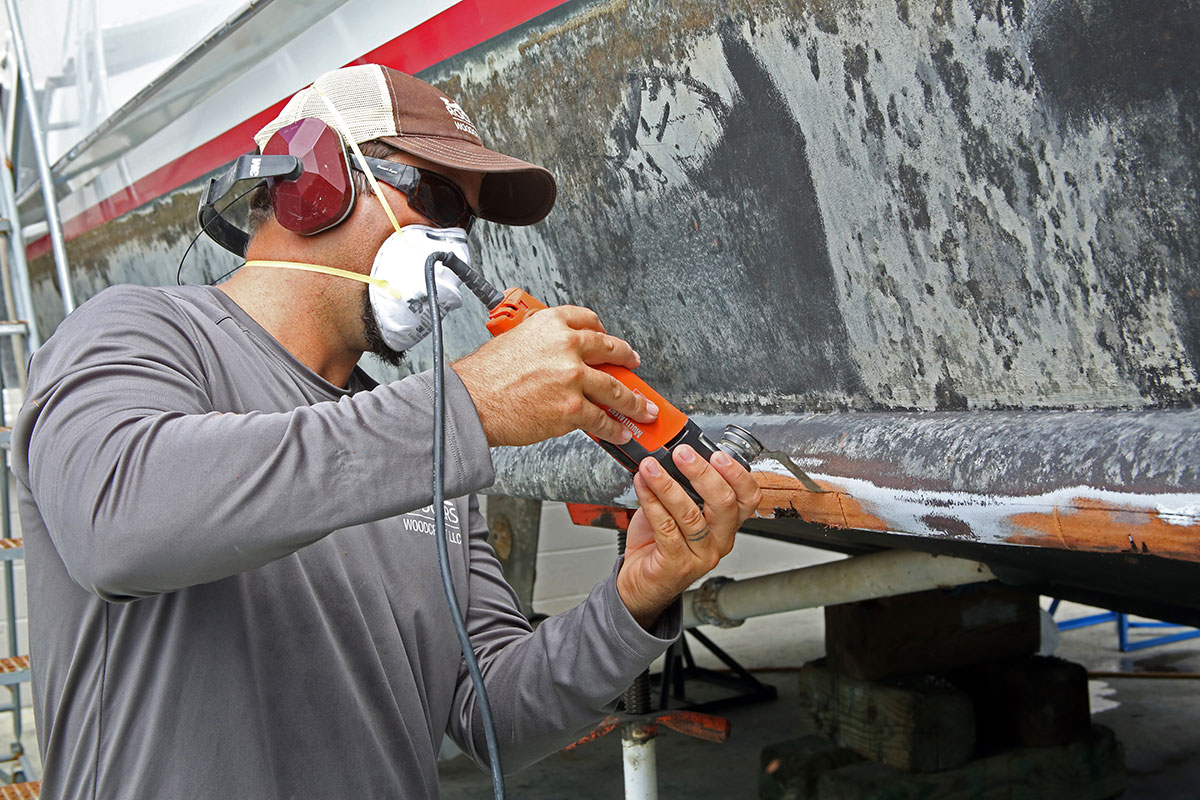 Corey Rodgers cuts away some worm rot on the spray rail of a Rybovich sportfishing boat. GREG GARDNER 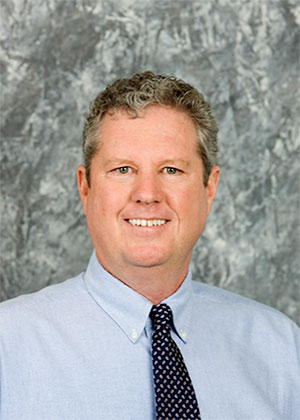 One of the oldest continuously running small businesses on the Treasure Coast is Carter Associates, Inc. in Vero Beach, which was established in 1911 and was family-run until four partners bought the firm 11 years ago, says George Simons, current president and one of those four partners.

Unlike other businesses, Carter Associates, an engineering firm, is not greatly affected by seasonal factors, he says. Carter now has 22 employees, a figure that flexed up to 40 during the home building fury in 2005-2006.

Simons says Carter often has competition from national engineering firms vying for jobs on the Treasure Coast. Carter’s engineers often win those battles on the strength of local knowledge, he notes.

“We’re looking for additional employees at this point,” says Simons, who agrees with other small business owners that attaining good employees is at times a struggle.

“In this time of low unemployment rates, most people that look can find a job,” says Parrish. Employers say their workers are often hired away, which means they must find and train others, he says.

Bacher has only four workers now but plans to hire about 20 workers for the larger second campground. He had experience with a larger staff when he operated a campground in Carlsbad, New Mexico. Managing 20 workers some days took up nearly all his time and created lots of drama.

A Carter Associates survey crew poses in front of pickup truck during a break in their fieldwork. CARTER ASSOCIATES PHOTOS 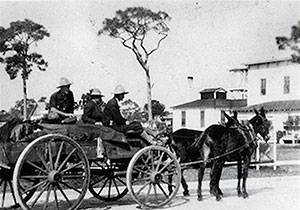 This is how Carter Associates workers got around in the early days of the company.

“The biggest challenge is finding people that can find solutions to the problems that arise,” says Bacher. In his business, workers must please customers who can be demanding. “It’s important not to get the customer upset. These days, if you don’t respond well to every issue, a customer can go to social media and leave a bad rating for you, and that hurts us.”

“It is getting much more difficult to find good labor,” Dragseth says. “We find ourselves hiring people who are compatible with our existing workforce, and we do as much training as we can in-house.”

He also says that many employees who learn the trade of fixing and refurbishing boats take that training and start their own small business, which goes into direct competition with his. That happens most when the economy is strong, he says.

Of the 3.4 million people employed by small businesses in Florida, 38 percent of them work for companies that have between 20 and 49 employees, Parrish says, citing U.S. Bureau of Labor Statistics information.

PEOPLE SKILLS
While companies want employees with experience in the types of jobs they are seeking, the top desire among employers is workers who are simply able to get along with co-workers, solve problems that arise and work on a team, Parrish says. That means workers who are good at communicating and have “soft skills” that may not be on a job description, he explains.

“We need the soft skills,” says Dragseth, “whether it’s civility, communication or having the basic concept of being able to hold a job. You arrive on time. Nothing’s owed to you.”

Parrish says, “Smart businesses are hiring people with hospitality skills.” Employers can teach technical skills if the applicant has the highly desired communications skills. “Manufacturers and other types of small businesses are hiring people from the hospitality industry” because former restaurant and hotel employees have been taught the ability to work with others and the public.

The huge concern among small business owners in Florida is another recession. According to the Florida Chamber of Commerce’s Florida Scoreboard, 34.2 percent of state business owners surveyed expect a recession as of August 2019, up from only 11.2 percent in mid-2018.
Simons of Carter Associates says his small business has weathered recessions, and a Great Depression, in the past and expects to be standing if another one occurs.

Simons is not one who expects a recession, saying that there is a lot of confidence in a strong economy now.

“We are more diversified now,” than in past recessions, says Simons, indicating that Carter works on an array of public and private projects in the four-county Treasure Coast, plus in Brevard County.

Another measure of the chance of recession is the U.S. manufacturing index by the Institute for Supply Management. In early September that index dropped to its lowest rate since January 2016, to below 50, which suggests a loss in manufacturing output.