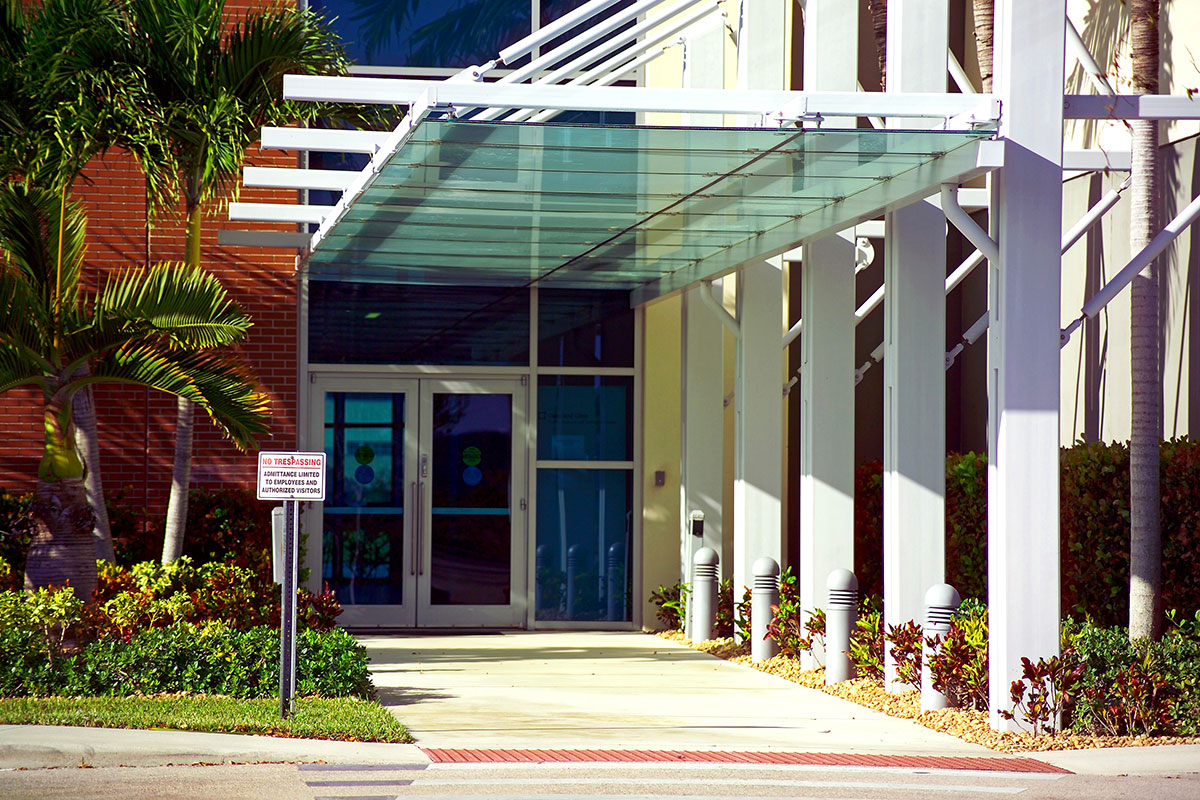 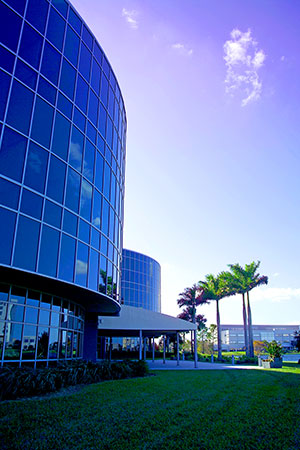 A $1.5 million albatross around the city’s neck is gone, cut loose by the Cleveland Clinic’s recent decision to lease the former Vaccine and Gene Therapy Institute of Florida’s 107,000-square-foot lab building in Tradition.

Approved unanimously Nov. 12 by the Port St. Lucie City Council, the 15-year lease/purchase agreement with Cleveland Clinic Florida and its research arm, Lerner Research Institute, puts an end to the $1.5 million the city spent annually on building maintenance and property taxes owed by the defunct Vaccine and Gene Therapy Institute of Florida (VGTI).

Cleveland Clinic will take responsibility for operations and all repairs and pay $1 a year for the lease, city manager Russ Blackburn said. Council members agreed that the lease deal was good — the priority was obliterating the $1.5 million expense.

The city will continue to pay $3.8 million annually on the $53.8 million balance of a loan it took out for land, construction, furniture, fixtures and equipment to entice VGTI to move to Port St. Lucie — a practice the council has resolved to never do again. The research facility decamped in 2015.

Cleveland Clinic has the option to buy the VGTI building, which the city was marketing for the last five years as the Florida Center for Bio-Sciences, at the end of the lease for about $14.5 million.

It’s a bargain, Mayor Gregory Oravec said, because the actual value of the building at that time would be around $9.5 million. The purchase price could drop, depending on the number of jobs created. Under the terms of the agreement, at least 100 jobs must be created within the first five years, although city officials said they believe the company will create more than that.

The jobs must each pay at least 125 percent of the typical Port St. Lucie wage, or about $48,000. The St. Lucie County Economic Development Council (EDC) took a look and determined that the 100 jobs would generate about $9 million annually in wages to employees and in wages to people hired in businesses that these employees will use. Looking further, the EDC suggested that 150 jobs would generate $13.8 million each year in direct and indirect wages.

The Lerner website says: “The Lerner emphasizes translational research that has the potential to improve patient care. Our scientists work closely with Cleveland Clinic physicians to transform groundbreaking discoveries made in the laboratory to the bedside.”

The plan in Port St. Lucie is to focus on research in neurosciences and cancer and to create a translational vaccine immunotherapy institute. Translational means to take an idea from the lab bench to the bedside.
“We should expect this investment to return translational research that improves people’s lives and transformational change in our economy that lifts up our community,” Oravec said. 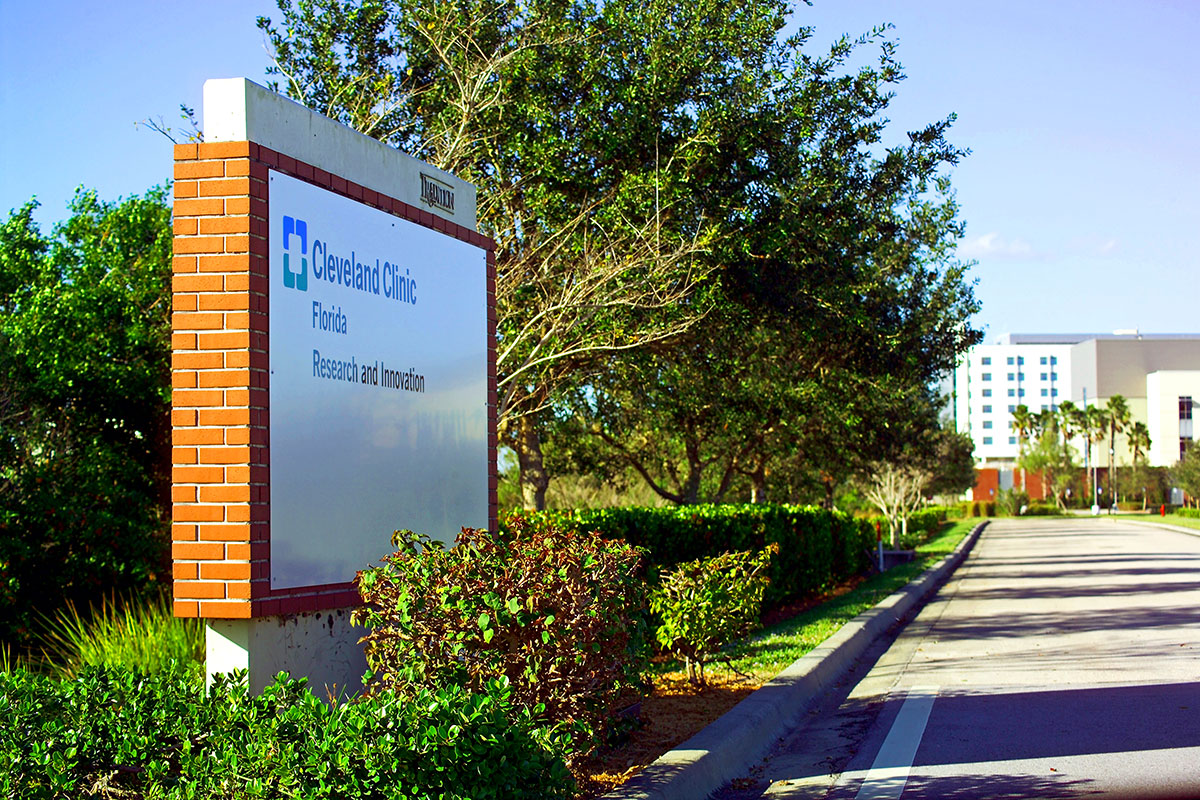 Lord said he is optimistic that Cleveland Clinic’s reputation and brand will attract other medical and research organizations and help grow the economy. He added that he is already in talks with three scientists who are considering moving here.

Discussions are underway with Vaxine, a vaccine research institute in Australia, to co-occupy the building, creating its North American headquarters here. Florida International University, a public research university in Miami, is also in talks to co-occupy.

Vaxine, founded in 2002 by Flinders University professor and researcher Nikolai Petrovsky, is internationally recognized as a global leader in vaccine research, said Pete Tesch, president of the EDC. With 50 employees, it is one of the top recipients of National Institutes of Health funding. The company develops vaccines for infectious diseases such as influenza, cancer and allergens, Tesch said.

The new research center has Port St. Lucie officials rejoicing. After long years of crushed dreams of a bio-tech center forming in the city — and millions of dollars in expenses —that dream, hope and wish is finally crystalizing and becoming reality, Blackburn said.

“In the early 2000s, the council was looking to create a new pillar of our economy and Florida’s economy,” Blackburn said of the city’s efforts to attract biomedical research companies to the Tradition Center for Innovation, also known as its jobs corridor. Two failed businesses bailed out of Port St. Lucie since then: Digital Domain, which created digital effects for movies, and VGTI.

One research company, Torrey Pines Institute for Molecular Studies, survived the Great Recession and a reduction in state grant funding and is now merging with Florida International University. The university is taking ownership of the building and adding the research institution to its collection of specialized research facilities. The city owns the land under the building.

“All things happen for a reason and here we are today with a world class research entity wanting to lease the building and build the job base we originally thought we would get from the (VGTI) investment. All of a sudden we have this synergy we didn’t have before,” he said.

The new facility will be known as the Cleveland Clinic Lerner Research Institute.