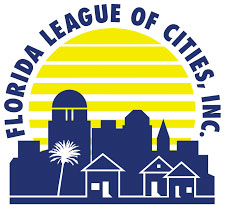 PORT ST. LUCIE – Port St. Lucie Councilwoman Jolien Caraballo has accepted two leadership roles on Florida League of Cities committees, allowing the City of Port St. Lucie to have a stronger voice on issues that affect our area on a state and federal level.

Councilwoman Caraballo was appointed to serve on the League’s Executive Committee, which assists League President Isaac Salver as he guides the League’s activities and programs. This year, President Salver will implement his presidential priority – From Readers to Leaders! With the 2019 Legislative Session starting in January, this is a great opportunity to connect youth to cities through reading and resources, as well as engage them and other citizens in supporting local self-government.

“I am honored to serve and grateful to President Salver for entrusting me with this position,” Councilwoman Caraballo said. “I am excited that he chose a priority project that connects youth with local government, which is how I first became interested in government as a student at Port St. Lucie High School. I look forward to helping make this program a success.”

Councilwoman Caraballo also was appointed as a member of the League’s Federal Action Strike Team, also known as FAST, which was created to strengthen the League's federal relations by establishing proactive and reactive communications with the Florida congressional delegation in support of federal municipal policy.

The City of Port St. Lucie is proud to be a hometown where people live, learn, work and play, and celebrate all of life’s opportunities. With over 195,000 residents, Port St. Lucie is Florida’s seventh largest city by population (South Florida’s 3rd largest city). The City occupies an area of 120 square miles in St. Lucie County on Florida’s east coast, about 50 miles north of West Palm Beach, half way between Miami and Orlando. The City provides most traditional municipal services including law enforcement, water and sewer, and public works. For more information, please visit: www.cityofpsl.com

Founded in 1922, the Florida League of Cities is the united voice for Florida’s municipal governments. Its goals are to promote local self-government and serve the needs of Florida’s cities. Florida’s cities are formed by their citizens and governed by their citizens. The League is founded on the belief that local self-government is the keystone of American democracy. For more information, visit floridaleagueofcities.com.