Under the terms of the agreement, MIDFLORIDA will pay the City of Port St. Lucie $195,000 annually for five years for the naming rights, with an option for a five-year renewal. The City will retain ownership and operation of the Center, with plans to continue expanding the venue’s special event, convention and entertainment business.

“Port St. Lucie is a city on the rise, and the same thing can be said about MIDFLORIDA as a financial institution,” says Port St. Lucie mayor Gregory J. Oravec.  “We are incredibly proud and excited to be partnering on the MIDFLORIDA Credit Union Event Center, and we should expect our brands and our community to reap many rewards. For the City, being able to make one of our central gathering places even more special while simultaneously making it more financially self-sufficient is something to celebrate.”

Steve Moseley, President of MIDFLORIDA Credit Union, agrees: “Our partnership with Port St. Lucie in building a powerful brand for this high-profile event center signifies MIDFLORIDA’s commitment to the region. As a community-oriented credit union, we believe in giving back to the areas we serve.” 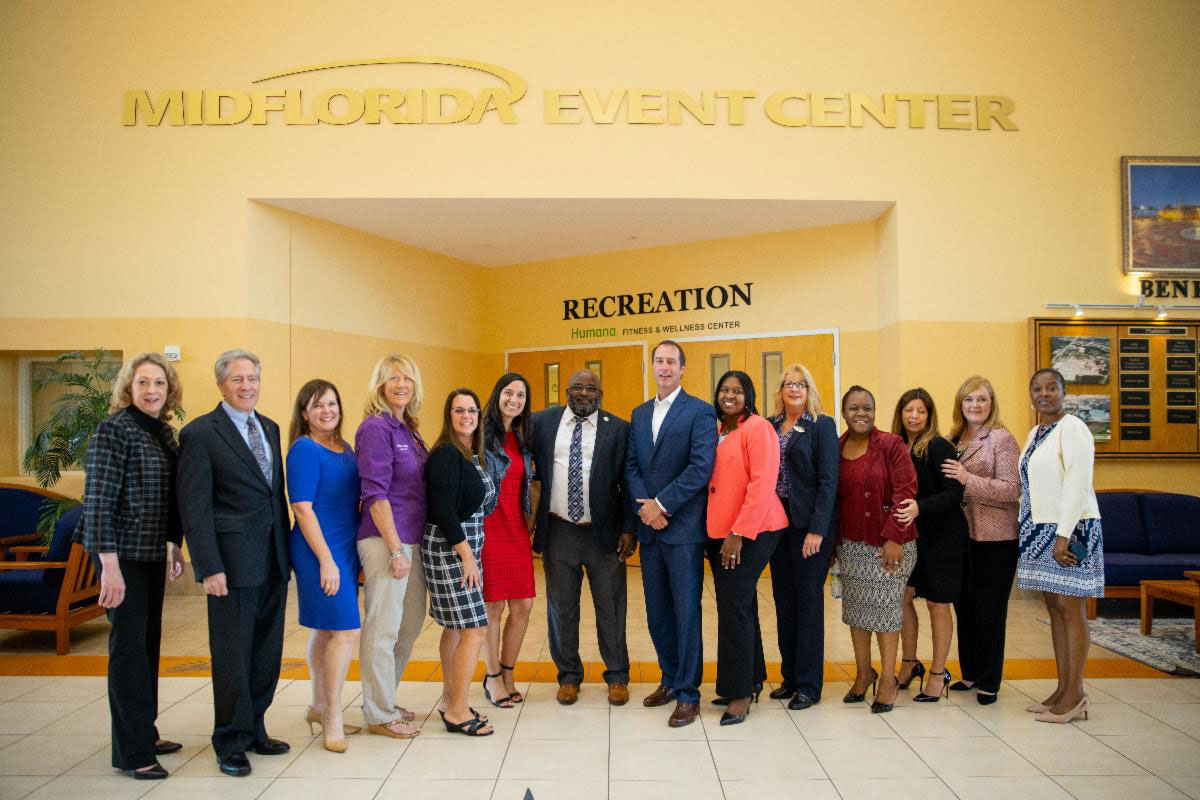 Signage featuring the new name will be located above the main entrance to the MIDFLORIDA Credit Union Event Center, on the parking garage facing U.S. 1, and in the main lobby/art gallery and ballroom entrance areas. It will also be placed atop the Village Square concert stage, where the new “We Love Lucie Concert Series” is set to debut with Styx on February 1. MIDFLORIDA is also a sponsor of the series.

Linda McCarthy, the Center’s director, notes that MIDFLORIDA’s immediate reach and recognition will help the Center to grow audiences from both within and outside the area more rapidly. “This rebranding will enable us to market more effectively, bring in new audiences, and establish our venue as a regional event destination,” she says.

Mayor Oravec noted that the timing of the expanded regional outreach through rebranding couldn’t be better: “With the recent completion of the new bridge on Crosstown Parkway, accessibility to the Center from Interstate 95 and points west is more convenient than ever.”

MIDFLORIDA Credit Union, a state-chartered financial institution headquartered in Lakeland, FL, is open for membership to anyone who lives, works, or attends school within its Central Florida service area, which spans from coast to coast. MIDFLORIDA is the fifth largest credit union in Florida and has 65 branches in the state, including four on the Treasure Coast: St. Lucie West, Gatlin Boulevard, River Park and Vero Beach, with construction of a fifth location in Stuart underway. The company has more than 1,100 employees and assets over $4.4 billion and serves more than 364,000 members.