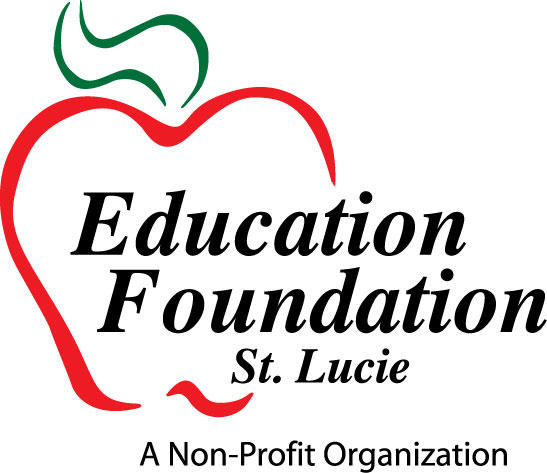 The Distinguished Alumni Award is given to honorees that have graduated from St Lucie Public Schools and support St. Luce County Public Education, contributing to the community and supporting public education. Larry Lee and Kerry Padrick were recognized as the first two inductees into the Hall of Champions. 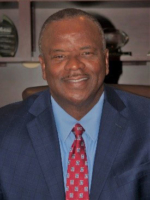 He has served on the Board of Trustees of United Way of St Lucie County, he is a founding member of the The Parents Academy and he created the “Restore the Village Initiative” to improve communities throughout St Lucie County.

Kerry Padrick is a veteran educator and District leader who has dedicated herself to serving the students, staff, and community of St. Lucie Public Schools for 30 years. She began her career as a classroom instructor for English language arts and reading. Later, she served as a district curriculum specialist, assistant principal, principal, and assistant superintendent for curriculum. Mrs. Padrick’s current role is that of chief communications officer where she places a high value on working collaboratively to pursue partnerships and refine internal and external communications. As an avid football fan and sideline coach, she takes to heart what Coach Vince Lombardi said, “People who work together will win, whether it be against complex football defenses, or the problems of modern society.”

Mrs. Padrick holds a bachelor’s degree in Public Relations from the University of Florida and a master’s degree in Educational Leadership from Florida Atlantic University. She is steeped in the community with service to numerous boards and councils as well as civic and community groups.  She attributes her enthusiasm for service and strong work ethic to her parents and her family.

The Outstanding Community Leader recognizes individuals or businesses that have supported public education and have made an impact on our students. This year’s honorees were Sheriff Ken Mascara and The Adams Ranch. 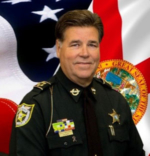 Ken Mascara graduated from Fort Pierce Central High School and earned a BA in Criminal Justice from Florida Atlantic University. He is also a graduate of the FBI National Executive Institute. Ken was elected Sheriff of St Lucie County in 2000 and he was re-elected in 2004, 2008, 2012 and 2016.

In 2009 he was recognized as the Outstanding Law Enforcement Officer by the U.S. Attorney’s Office in the Southern District of Florida. Ken received the Bronze Good Citizenship Medal from the Sons of the American Revolution in 2012 and in 2016, he was the recipient of the Executive.

Our second honoree is an historic business, founded in Fort Pierce in 1937.  It is known for its “Crossed Seven Brand”. Today it is one of our nation’s largest cow-calf ranches, encompassing 40,000 acres of pastures in Florida and holds Florida’s oldest continuous ranch cattle auction, having just completed its 41st year. It is known worldwide for the creation of the Braford & Abeef composite cattle breed which is now available at Whole Foods, Nelson Farms, Carter’s Groceries and Cheney Brothers.

For decades this ranch has supported the Education Foundation and have generously donated framed Adams photographs, donated tours of the historic pastures, giving supporters a rare opportunity to visit thousands of acres of quiet, unspoiled old Florida land teaming with wildlife.

Over 150 dignitaries and guests attended the 20th Annual Evening for Education Dinner  held at the Harbour Ridge Clubhouse in Palm City.  The Roaring 20’s themed event included dinner, entertainment, live and silent auctions that benefit St. Lucie Public Schools; and the introduction of the Hall of Champions.

The St. Lucie Education Foundation awards over 70 scholarships each year, to students of excellence and students of need that have succeeded against personal challenges.<

St. Lucie Education Foundation is a 501(c)3 not-for-profit corporation dedicated to advancing public K-12 education. The Foundation has been providing grants to teachers and scholarships to students in St. Lucie County since 1990.