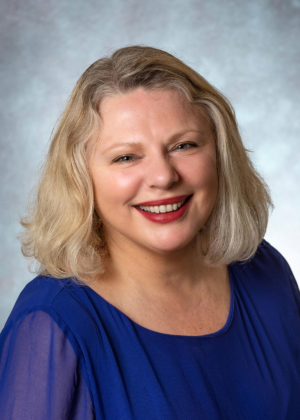 “Katha has been an outstanding chief executive of HBOIF, both increasing the Foundation’s endowment and also instituting the strong financial and management controls that a world-class foundation demands,” said HBOIF chair Michael O’Reilly.  “We have valued Katha’s leadership, energy and enthusiasm, and we commend her for creating a best-in-class structure at HBOIF.  She has been an outstanding leader for HBOIF and he leadership will be sorely missed.”

Kissman joined HBOIF fulltime in July 2014 after serving as its interim since October 2013.  During her tenure, she has worked with the Board to increase the Foundation’s endowment from $60 million to over $79 million and has overseen the granting and management of over $31 million in grants.  Included in these totals are grants made in the past six months totaling $2.77 million, along with tentative grant commitments for an additional $700,500 for FY21-FY23.  She also established strong financial controls and created a sound structure for managing grant-making and other processes.

“Serving as chief executive of HBOIF has been a rich and rewarding experience,” Kissman said.  “Our Board is first-rate, and working with them, I am pleased to have been instrumental in carrying out our mission of providing funding and support for research education in marine sciences and ocean engineering over the past seven years.  While I welcome retirement, I look forward to continuing to hear about future successes for this great organization.”

The Board has designated Barbra Kavanaugh as interim CEO.  Kavanaugh has had a 30-year career in both non-profit and public sectors, and has served as interim executive for three non-profit organizations.  She will join HBOIF this summer and Kissman will remain as CEO through June to ensure a smooth transition.

“We look forward to welcoming Barbra to the HBOIF staff and believe her expertise as an interim leader will be valuable to us as we continue to advance oceanographic research following Katha’s departure after years of distinguished service to the Foundation,” O’Reilly said.

About Harbor Branch Oceanographic Institute – The Harbor Branch Oceanographic Institute (HBOI) was founded in 1971 by J. Seward Johnson, Sr. to fulfill his vision of preserving the environment through a deep, scientific understanding of the ocean. Famed Inventor Edwin A. Link furthered the founder’s vision with his passion for sea exploration and engineering expertise.

The Foundation has existed independently as a nonprofit since inception, with its Board of Directors overseeing research operations, a unique campus boasting the largest privately owned deepwater channel in Florida and a substantial endowment for over 30 years. In 2007, the State of Florida funded FAU’s acquisition of HBOI. The Board of Directors turned its attention away from governing the Institute and the Foundation pledged to continue to leverage its considerable assets to support FAU Harbor Branch.

The Foundation’s Board of Directors retains sole discretion over grant-making to FAU Harbor Branch. This ensures HBOIF retains the necessary oversight over the distribution of funds, which are to be used to further its mission of supporting meaningful oceanographic research at FAU Harbor Branch.