WINTER HAVEN – CenterState Bank Corporation, the parent company of CenterState Bank, and South State Corporation, the parent company of South State Bank, jointly announced Monday that they have entered into a definitive agreement under which the companies will combine in an all-stock merger of equals with a total market value of approximately $6 billion to create a leading Southeastern-based regional bank. CenterState has locations in all three Treasure Coast counties, Indian River, Martin and St. Lucie. 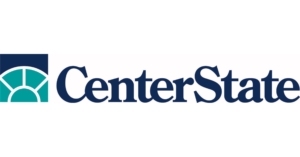 “We are excited to partner with CenterState,” said Hill. “We have great respect for John, the management team and the company CenterState has built. This is a great combination of cultures, which will create tremendous value for our shareholders.”

“We have known and admired Robert and his team for over a decade, and we believe our two organizations are an outstanding fit,” said Corbett. “Combining these two high-performing teams will allow us to build an even stronger company together.”

A statement said the merger offers these benefits:

• Strengthens Both Companies: This merger combines two highly respected management teams operating complementary business lines. It also diversifies the geographies of each company into a contiguous six-state footprint, spanning from Florida to Virginia.

• High-Growth Markets: The organization will have locations in 10 of the 15 fastest growing Metropolitan Statistical Areas (MSAs) in the Southeast and will have a pro forma deposit-weighted population growth of 6%. The combined company will have a presence in seven of the ten most populous markets in the Southeast.

• Experienced and Compatible Management Teams: The management teams of the two companies have extensive experience and operate with very similar philosophies and values. Each management team has successfully completed numerous mergers and acquisitions and the subsequent integrations of systems and teams.

The merger will combine the executive management teams from both organizations. In addition to Hill and Corbett, the executive team of the combined company will include three members from each legacy company.