VERO BEACH — Exemplifying the innovation, drive and persistence of successful entrepreneurs, Bobby and Marygrace Sexton will be recognized tonight with the Dan K. Richardson Entrepreneurship Program’s 2015 Entrepreneur of the Year Award.

Announcement of the award will be the highlight of the Entrepreneur of the Year dinner tonight at the Indian River State College Mueller Campus in Vero Beach. The award, which recognizes the entrepreneurial spirit and business and community achievement, is a central element of the Dan K. Richardson Entrepreneurship Program established by the IRSC Foundation and 13 other founding members to promote awareness and appreciation of the free enterprise system.

“It is vitally important to recognize entrepreneurship because of its essential role in developing communities and fostering economic prosperity,” said Dr. Edwin R. Massey, IRSC President. “Marygrace and Bobby Sexton have grown one of Florida’s most distinctive signature businesses, a world leader in the production of high quality citrus juice. Since the business began Natalie’s Orchid Island Juice Company has been committed to Florida agriculture using only the highest quality Florida grown citrus.”

Celebrating 25 years in business, the company stands out as one of the few squeezed fresh citrus juice companies left in America, squeezing the juice daily and meeting high standards for safety and taste. Natalie’s Orchid Island juices have been nationally recognized ten times for producing “America’s Best Tasting Fresh Florida Juices” from publications such as Cooks Illustrated, Woman’s Day, Good Housekeeping, Real Simple, Cook’s Country, bon appetit and the NBC Today Show. The firm’s products are sold in more than 30 states and 24 countries worldwide. Most recently the company was certified as a Women’s Business Enterprise by the Women’s Business Enterprise Council.

As part of their exploration of the international market, the Sextons provided Indian River State College Bachelor’s Degree students with the opportunity to complete a Capstone Project researching expansion potential for the company in Scandinavia and Hong Kong.

The company was founded in 1989 by Marygrace Sexton, now CEO, and Bobby Sexton, a fourth-generation citrus grower who has served as Director of AgFirst Farm Credit Bank, President of the Oslo Citrus Growers Association and on the Board of Directors of the Indian River Citrus League. Naming the company after their daughter, Natalie, the Sextons initially used only Indian River fruit grown in the family groves. In November 1990, Marygrace Sexton landed her first sale to Carnival Fruit in Miami. As the business expanded, Mrs. Sexton’s brothers John, Bill and Frank Martinelli joined the team, expanding into a state-of-the-art production plant. The family owned and operated company has continued to expand its product offerings.

The firm has a long philanthropic record of giving back to over 63 local and global charitable organizations and churches. 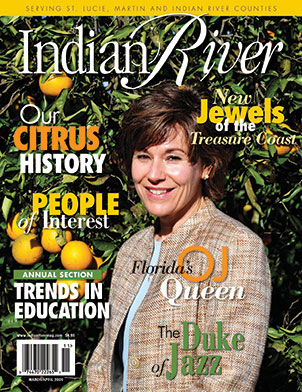