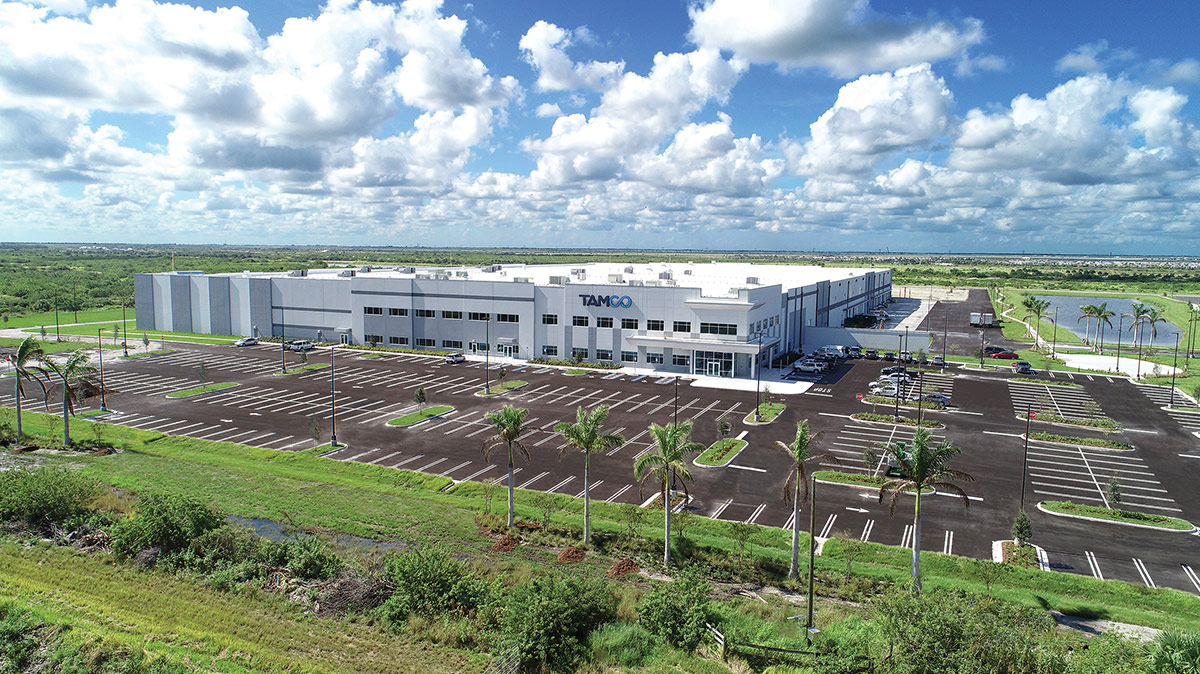 PORT ST. LUCIE – TAMCO Group has opened its 411,000-square-foot fulfillment and manufacturing facility in Port St. Lucie, making it the largest facility operated by a private business in the city.

Manufacturers of private label lighting and electrical supplies, TAMCO built the facility at 11675 SW Tom Mackie Blvd. to meet the continued growth of its customer base throughout North America. The building’s footprint is nearly 9 acres under roof – the equivalent of more than 61/2 football fields. The expansion successfully merged the company’s operations from 222,000 square feet across five locations.

“We don’t want to only increase our operational footprint, we also want to increase how we touch this area in positive ways,” City Electric Supply President and CEO Thomas Hartland-Mackie said. “This is only the beginning of this new chapter in our history. My hope is that we’ll continue strengthening our relationships with each other, with our neighbors and with the City of Port St. Lucie and the State of Florida.” 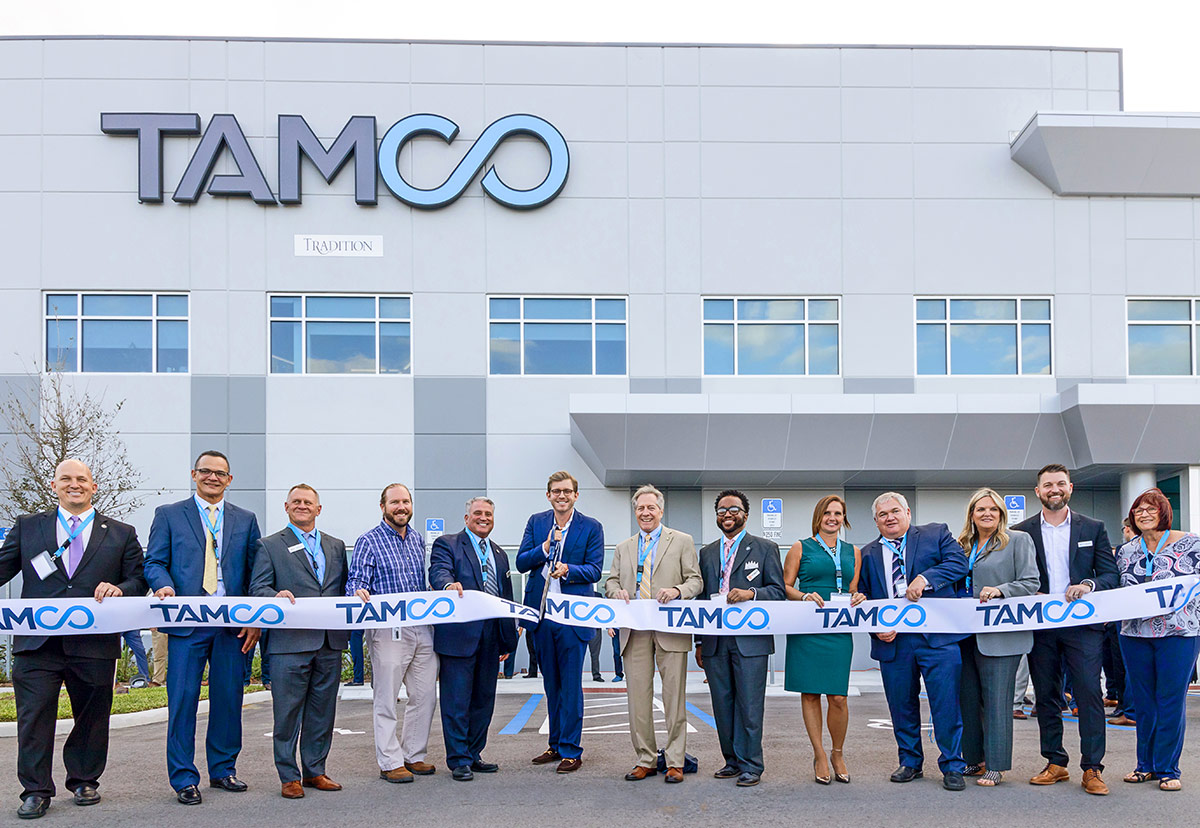 Various dignitaries attended the ribbon cutting of the new facility.

“Not only did TAMCO Group invest $38 million in Port St. Lucie, it will also add 50 new jobs,” Tesch said. “This project kept more than 200 existing jobs from leaving the state. Great coordination from the city, county, state and CareerSource Research Coast kept this company, one of the largest electrical component manufacturers in the country, here in St. Lucie County.” 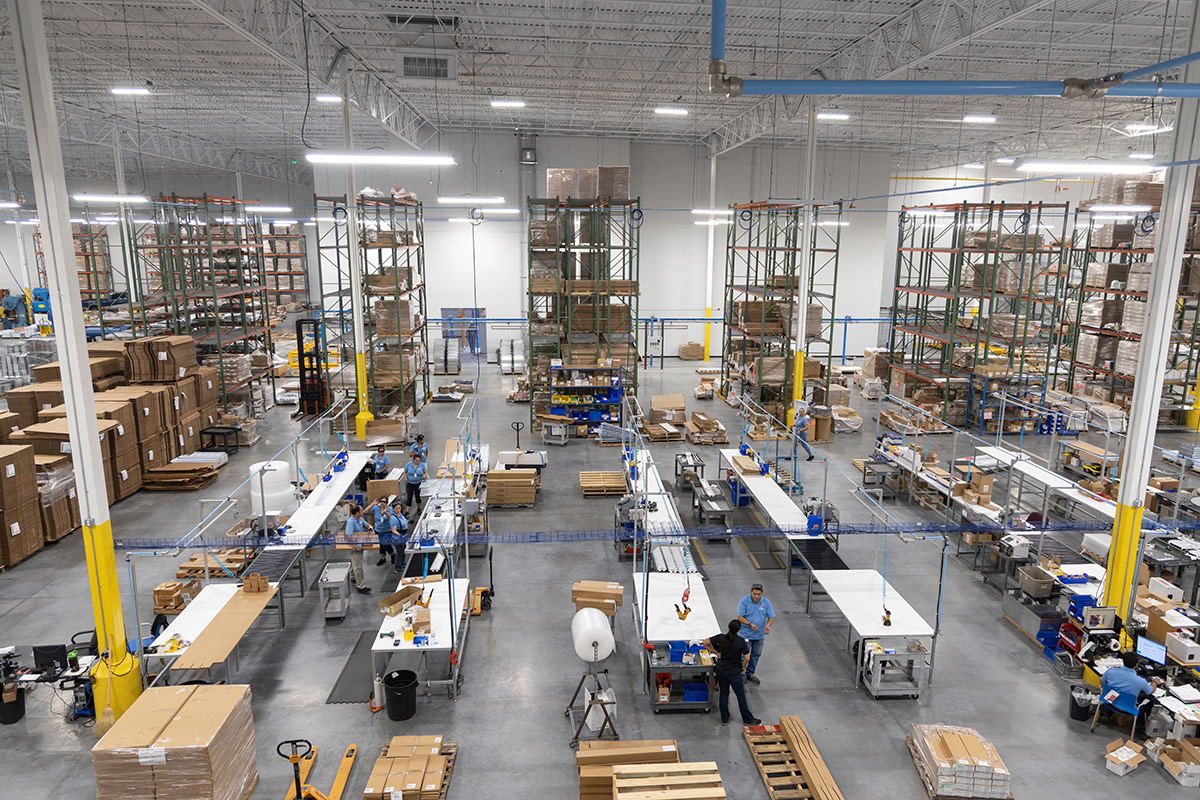 The production floor at the new TAMCO Group manufacturing and production facility is part of TAMCO’s $38 million investment. The construction retained 200 jobs for the region and added another 50.

Frank McShane, co-vice president of operations, started working for Tamlite Lighting, which is now one of TAMCO Group’s six manufacturing brands, in Redditch, United Kingdom, in 1990. McShane later transferred to Tamlite in Port St. Lucie in 2005 and helped bring all of the manufacturing brands under one management by creating TAMCO Group in 2014.

“Over these 30 years, I’ve seen the company evolve and grow at an amazing pace,” McShane said. “We went from six, seven original staff members just 15 years ago, to now employing over 200.”