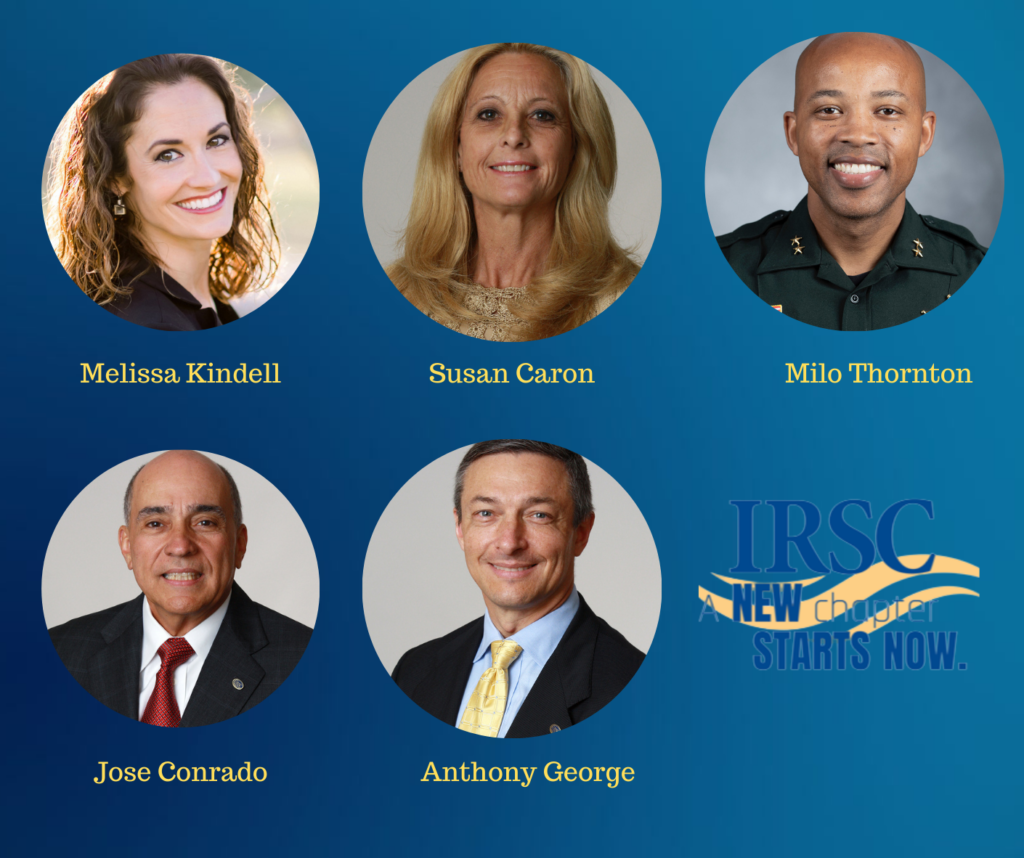 “The individuals who serve on the Indian River State College District Board of Trustees comprise the most dedicated, thoughtful and visionary governing body on any institution of higher education anywhere, “ exclaims IRSC President Dr. Timothy Moore. “Governor DeSantis’ confidence in our mission is evident by these appointments. We are grateful for his support and look forward to realizing the Administration’s goal of Florida being number one in workforce education by 2030.”

Dr. Melissa Kindell, a pediatric dentist and Owner of Everglades Pediatric Dentistry, was born and raised in Okeechobee, Florida. After earning an Associate Degree at Indian River State College, she attended the University of Florida, where she received both a Bachelor of Science Degree in Microbiology and a Doctorate of Dental Medicine. Kindell is President of the Board at Martha’s House and serves on the Executive Board of the Economic Council of Okeechobee. She and her husband, Eric, reside in Okeechobee with their two boys.

Milo Thornton, Deputy Chief, Indian River County Sheriff’s Office, is an alumnus of IRSC—earning both his Associate in Science and Bachelor’s degrees in Criminal Justice from the College.  For the past 15 years, Thornton has also served as an Adjunct Instructor at the IRSC Treasure Coast Public Safety Training Complex.  He is an active member of the Gifford Youth Achievement Center, New Horizons of the Treasure Coast, Crossover Mission, Sunrise Rotary, Head Start, Dodgertown Elementary Community Partnership and Substance Awareness Center of Indian River County.

Susan Caron of Fort Pierce has served on the IRSC District Board of Trustees since 2012. She is an administrative assistant for the St. Lucie County Board of County Commissioners. Caron was the owner and vice president of Robert M. Caron Construction Inc. She is a current member of the Association of Community College Trustees and previously served on the Treasure Coast Regional Planning Council.

José L. Conrado of Vero Beach, is the President of Conrado Enterprises. He is a former Chair of the IRSC District Board of Trustees and the Indian River State College Foundation. In 2020, he was recognized as Trustee of the Year by the Association of Florida Colleges. Conrado’s other community involvement includes active roles with Take Stock in Children, Habitat for Humanity, the American Red Cross, March of Dimes, the Rotary Club, and the Hibiscus Children’s Center. Conrado earned his Associate Degree from Indian River State College and was recognized with the IRSC Distinguished Alumni Award.

Attorney Anthony D. George Jr. has been a Florida Bar member since 1989. He owns a Stuart-based law practice focusing on elder law. Tony was first appointed to the Indian River State College District Board of Trustees in 2014 and presently serves as Vice-Chair. In high school, he took classes at Indian River Community College.  Tony earned his Bachelor’s Degree in Liberal Arts and Sciences from the University of Florida and his Juris Doctorate from the University of Florida Fredric G. Levin College of Law.  In their spare time, Tony and his wife Deby try to keep up with their five children.

The nine-member board is comprised of members from each of the four counties in the IRSC service district—St. Lucie, Indian River, Martin, and Okeechobee—and establishes the policies that govern the operation of the College. Other members include Chairperson Sandra J. Krischke (St. Lucie County), Vicki Davis (Martin County), Christa Luna (Okeechobee County), and Brant Schirard Jr. (St. Lucie County).