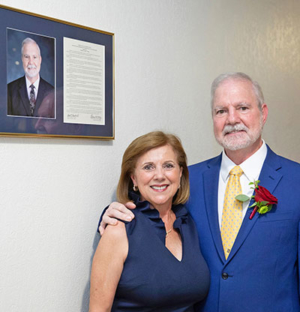 This year’s Entrepreneur of the Year, Robert “Bob” Stork, and his wife, Carmen, stand beside his framed resolution and portrait in the Richardson Center on IRSC’s Mueller Campus.

Robert “Bob” Stork, founder and CEO of Communications International, was named Entrepreneur of the Year for 2020 by the Indian River State College Foundation. Stork was recognized for the honor on Feb. 26 at a gala dinner at the Richardson Center at IRSC’s Mueller Campus in Vero Beach. Bank of America was the presenting sponsor of this year’s gala.

An industry veteran with a degree in electrical sciences, Stork spent his career creating designs and delivering essential emergency systems for federal, state and local governmental agencies throughout the United States and across the globe. With his late partner Howard Culver, Stork founded Communications of Vero Beach in 1975 and grew it into a leading wireless systems integrator specializing in the design and implementation of mission critical communications systems for the federal, state and local public safety, utility and transit industries. In 1979, the company incorporated as Communications International Inc., also known as Ci.

“Howard Culver retired in 1982, and Bob was only 32 years old when he acquired the business,” remarks Ann Decker, executive director of the IRSC Foundation. “Ci flourished due to Bob’s remarkable entrepreneur spirit and authentic leadership. These qualities, ingrained in him by his parents, led to tremendous growth for the company and for its employees.” Today Ci has nine locations throughout the southeast and is the largest distributor of Harris public safety radio equipment for the southeastern United States.

In 2010, Stork transitioned out of the role of company owner, passing the business on to the people who cared about it most — its employees. Today, Ci is a 100 percent employee-owned company and its employee owners share in the success of the business and have the ability to influence its performance through their individual contributions.

“Bob is not only a successful entrepreneur, he is an incredible philanthropist whose devotion to serving others has made this community a better place for us all,” said Doug Sherman, Treasure Coast market president for Bank of America. “We are delighted to see Bob receive this honor and share his belief that addressing the Treasure Coast’s greatest issues, including workforce development and community development, will help this region thrive.” 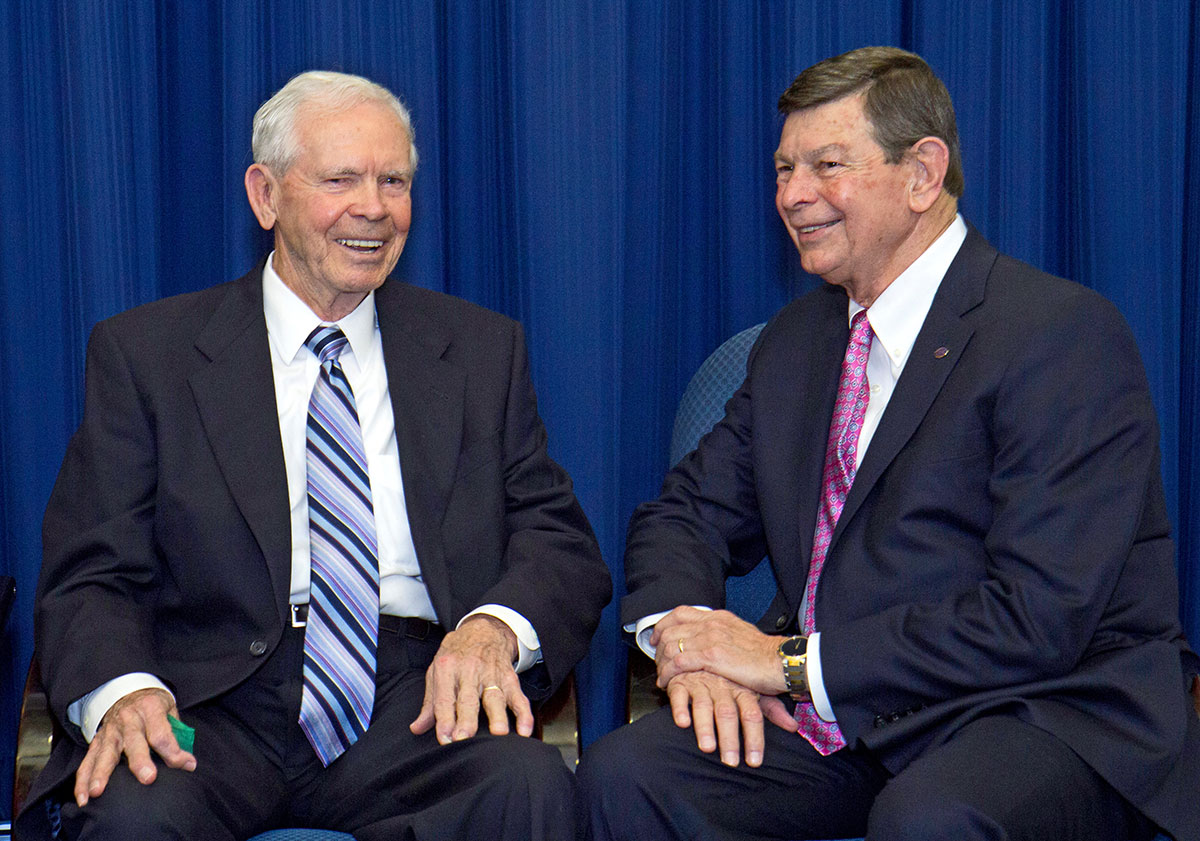 Stork is active in numerous community, church and charitable organizations, and served on the executive board of Florida TaxWatch, a private, non-profit, non-partisan research institute that promotes the productivity and accountability of Florida government. He also serves as trustee of Florida Polytechnic University. During his career, Stork has served in many key advisory and leadership positions including appointment to the State Governmental Efficiency Task Force by the Senate President, and to the Florida Task Force Initiative on Gang Reduction by the Attorney General. In 2010, he was distinguished as Citizen of the Year by the Brevard County Sheriff’s Office in recognition of his caring and compassionate actions for Brevard County’s children by supporting many sheriff’s office initiatives to protect them. He also earned the honor of special deputy by the sheriff of Broward County.

Stork lives in Vero Beach with his wife, Carmen. They have two children, Robyn and Ryan, and eight grandchildren.

Entrepreneurs of the Year