Small business owners nationwide are feeling a bit better about the economy. In fact, a growing number expect the economic fallout brought on by COVID-19 to be short-lived, the National Federation of Independent Business has reported.

The NFIB’s optimism index jumped 3.5 points in May to 94.4, a strong improvement over its April reading of 90.9. The improvement comes after the NFIB’s index plunged earlier this spring to levels not seen in a decade in the wake of the coronavirus lockdown in states across the country. The index was running as high as 104.7 in November. 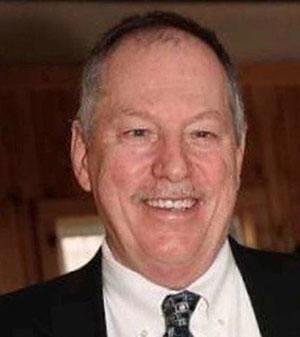 After plunging 24 points in April, optimism over future business conditions rose 5 points in May, with 34 percent of business owners now expecting improved economic conditions over the next six months.

Small businesses continue to face a number of challenges amid some restrictions on business activity and ongoing health concerns by consumers. The number of small business owners reporting a nominal increase in sales dropped 8 points in May from April amid a big drop in retail sales across the U.S. economy.

Just one in five small business owners expects to make capital outlays over the next several months, the NFIB reported. That’s down from the 52 percent who spent money over the last six months on new equipment, vehicles, expanded facilities, fixtures and furniture, land or buildings.

Meanwhile, a second national study recently released was a continuing survey by Thryv and America’s SBDC. In this study, small businesses saw continued improvements in demand, with those saying they saw increases rise above 10 percent for the first time since the study began.

Despite this, concern over a second wave remains high with more than half (54 percent) saying they are very or somewhat concerned.

In the Thryv-SBDC study concerning the 10th and 11th waves providing fresh survey results, 3 in 4 persons say additional government stimulus is needed to aid small businesses and 41 percent say they need $10,000 or more to continue operating their businesses. However, the number that said they need no additional dollars has increased from 33 percent in Wave 10 to 46 percent in Wave 11.

Expectations that large declines would continue is less than one-third of the level shown in Wave 1. Currently, 16 percent think demand will continue to decline a lot compared to 60 percent 10 weeks ago. Those that said there is no need to decrease employee hours are more than three times as high as the low point, increasing to 37 percent from 11 percent in Wave 2.

“Businesses that think they will be completely recovered one year from now increased to 43 percent,” said Gordon Henry, chief strategy officer at Thryv. ”That is more than twice the levels we saw at the trough of the pandemic in waves 5 and 6.”

The vast majority of small businesses (85 percent) have been approved for their SBA loans and nearly all (95 percent) of those have received the funds. Among those interviewed 57 percent say they received more than $40,000.

“With 54 percent of small businesses concerned with a possible second wave and three in four businesses expressing a need for more stimulus funds, it’s clear that small businesses will continue to need assistance even if all states re-open completely over the next couple months,” said Charles “Tee” Rowe, president and CEO at America’s SBDC.