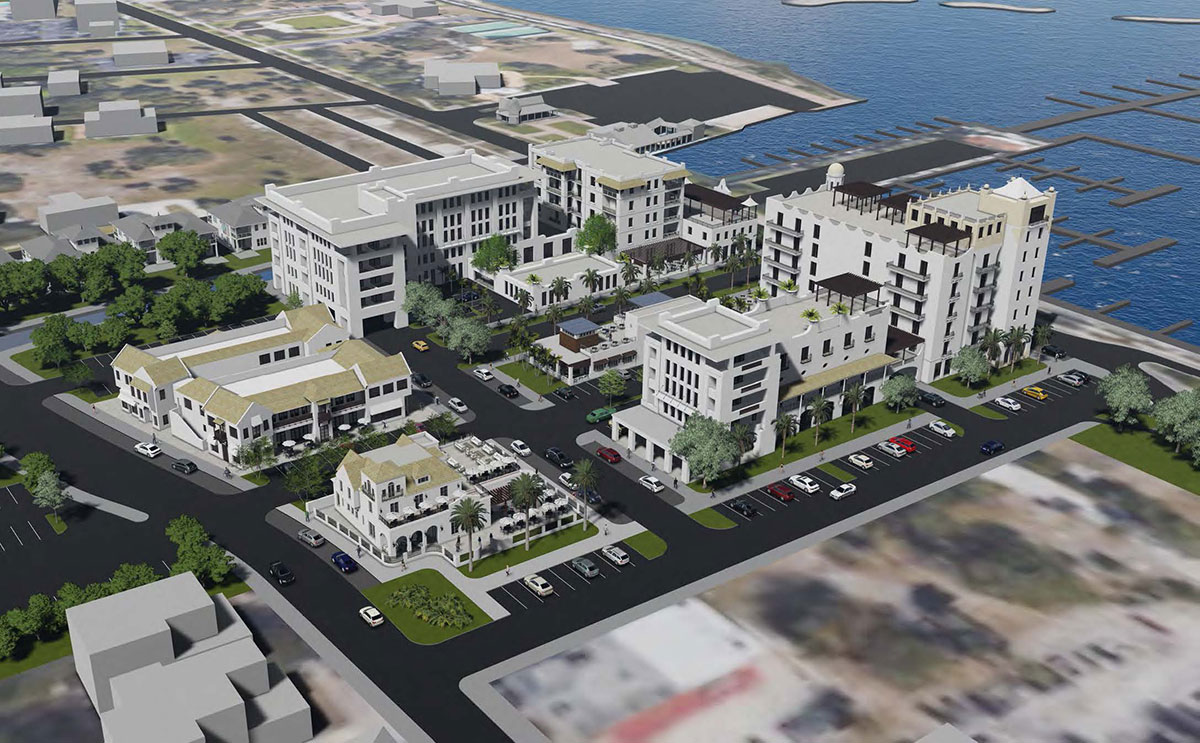 The City of Fort Pierce is partnering with master developer Audubon Development to bring the $85 million King’s Landing project to the downtown waterfront. The mixed-use project will include a hotel, single-family homes, condominiums and 60,000 square feet of restaurant, retail and office space. AUDUBON DEVELOPMENT

The 7.2 acres between Indian River Drive and Second Street in downtown Fort Pierce that formerly housed the H.D. King electric plant could be transformed into an $85 million development featuring a hotel, townhomes, condominiums, retail and office space.

The Fort Pierce City Commission in June selected Audubon Development as master developer of a plan called King’s Landing. The centerpiece would be a 100-125-room hotel, surrounded by upscale townhomes and 60 condominiums, and apartments fronting onto the Indian River Lagoon. Forty thousand square feet of retail, 14,000 square feet of restaurant and office space will complete King’s Landing. 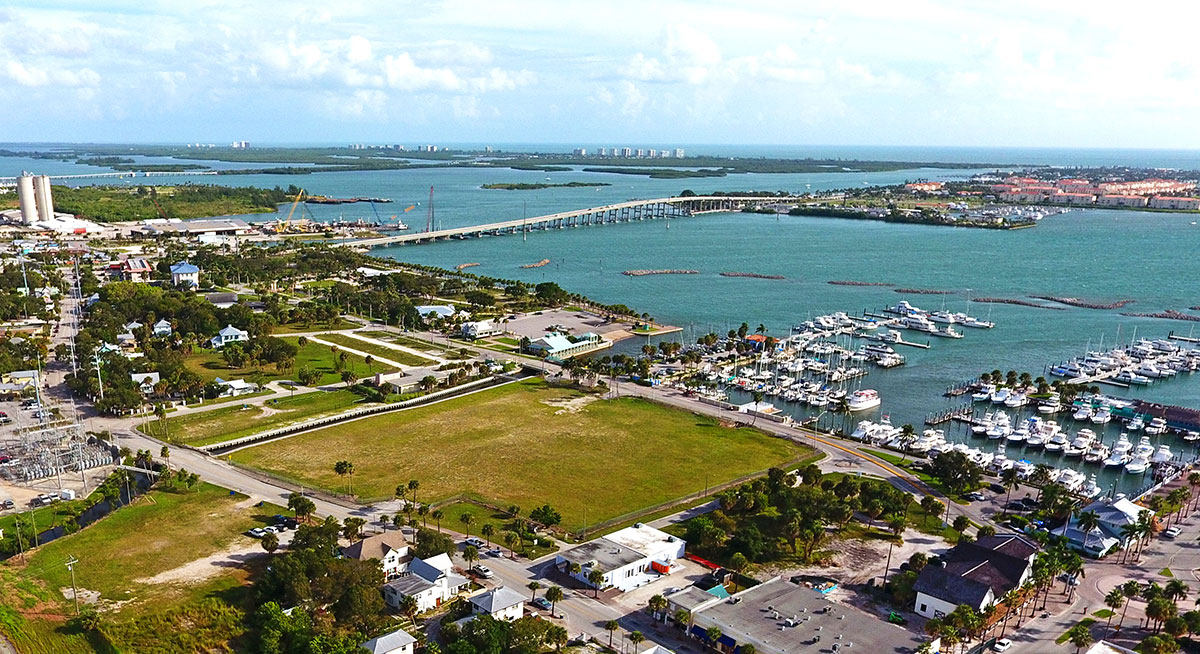 In this aerial view, the proposed King’s Landing development would take up the large grassy area shown in the photo. CITY OF FORT PIERCE

The plant was demolished in 2008 and more than $4 million in city and federal soil remediation efforts rendered the land usable again. Over the years, a number of community planning meetings have made it clear what the people would like to see on this important vacant property: a hotel, retail stores and restaurants, offices and upscale housing.

Those elements would extend downtown northwards and breathe new life into the city center. Incorporating residential development would add to the city’s vibrancy, especially outside work hours. 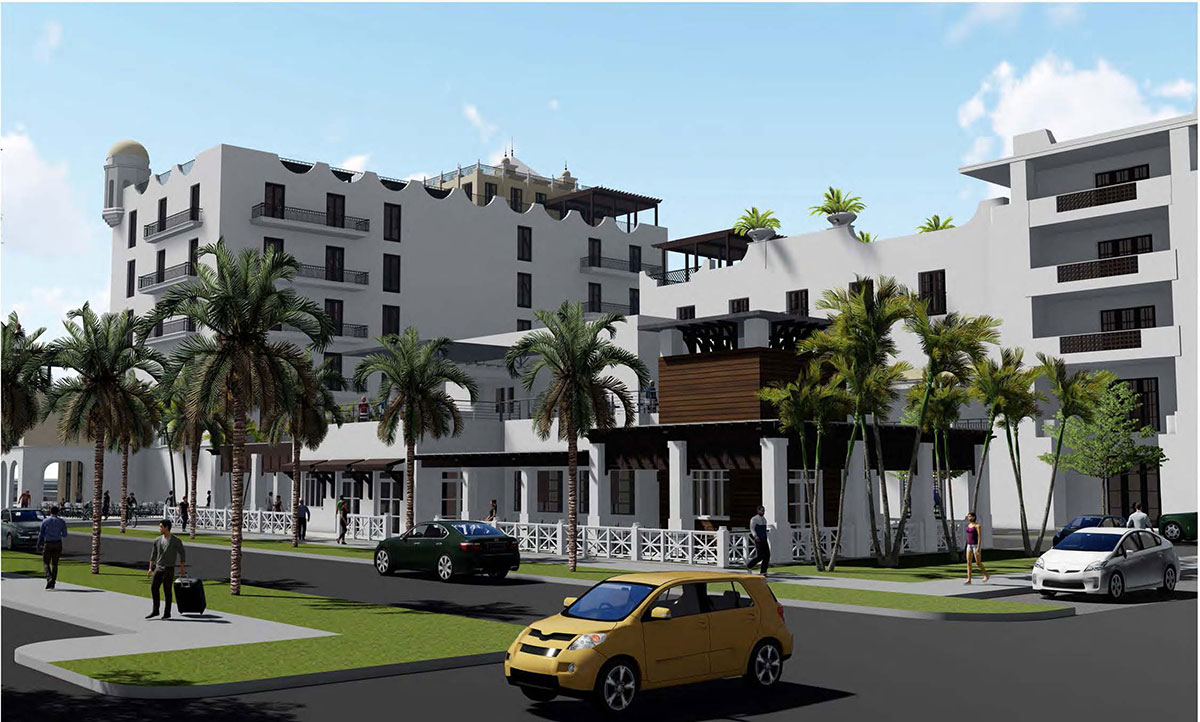 This view of King’s Landing from the west shows a proposed freestanding restaurant in the center of the site with waterfront condominiums to the rear. AUDUBON DEVELOPMENT

While the city is contributing the land worth $2.8 million, master developer Audubon is responsible for installing all the infrastructure — street layout, utilities and building pads for specific users who will come later — about $2.5 million worth of work. Individual parcels will then be sold to a hotel operator and builders for the condos and townhouses.

“We expect to break ground in June or July 2020, with occupancy by November 2021,” said Dale Matteson, Audubon’s president and CEO. “We’re currently in the permitting, analysis and utilities stage — all pretty unglamorous stuff.

“There’s been a lot of interest in the retail and commercial opportunities. We want to reflect the community and to make King’s Landing a destination.” 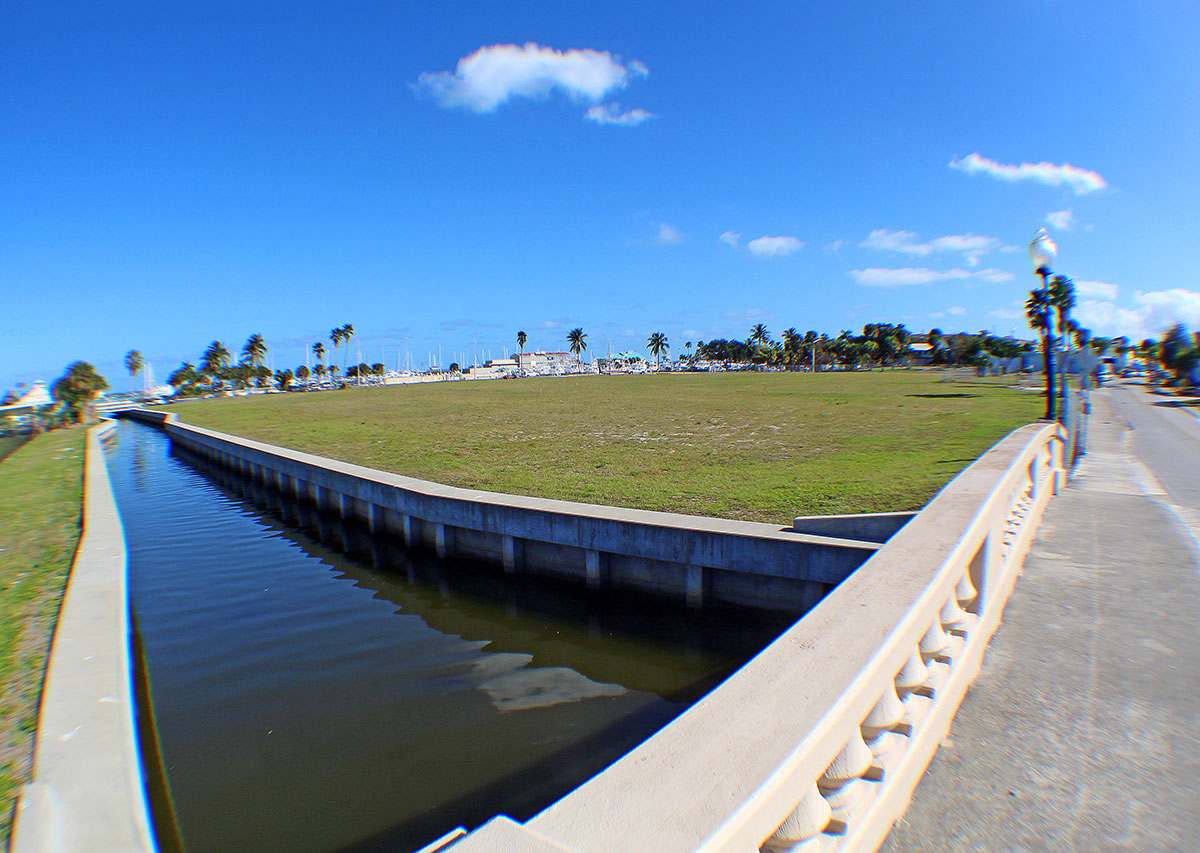 The 7-acre King’s Landing site is located along the Indian River waterfront in downtown Fort Pierce. In the foreground is Moore’s Creek. GREGORY ENNS

The site is unique. It’s technically called “urban infill,’’ meaning the property has been filled in from the adjoining Indian River Lagoon. At the same time, it’s in a town enjoying a renaissance in downtown and on the water. That’s a very rare combination these days in Florida, Matteson said.

“The city marina is chockfull and this would be the place for (boaters) to shop and eat. We think retail will attract both existing and new businesses.’’

The buildings will have an Old Florida/Moorish design theme, reflecting Fort Pierce’s Mediterranean architectural style, but with a Bahamas flavor, Matteson said. “We design differently for every market we work in.”

Audubon recently hired a national research firm to determine exactly the type of hotel that might work best in Fort Pierce.

“All the major hotel companies are looking for sites like this — on the water with expensive condos.” 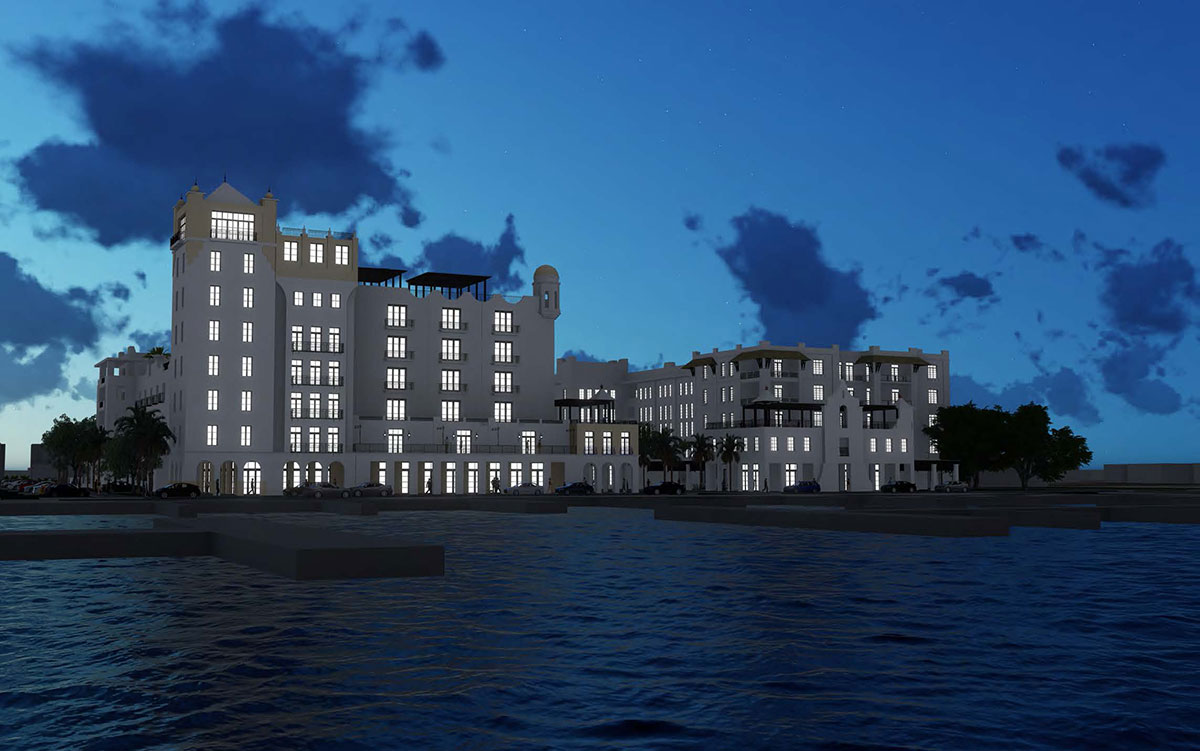 King’s Landing seen from the waters of the Indian River Lagoon will add a dramatic new took to the Fort Pierce skyline. AUDUBON DEVELOPMENT

“It won’t be like something out on the interstate,” Matteson promised. “We’ve talked with Marriott, but haven’t decided on any particular ‘flag’ yet. There are so many varieties of hotel these days. I believe it’ll cater to business travelers, some convention travel (the design is expected to incorporate a banquet hall/meeting space that is sorely lacking in the city).

“There’s been a lack of the hotel industry here so it’s a challenge and an opportunity. The correct mix of restaurants/retail/residential nearby will all help the hotel succeed. Add in downtown businesses and vacation travelers, spring training visitors and the mega-yacht business at the port.

“The yacht business alone could fill beds — not just owners, but support people — there are 20-40 sub-contractors for each yacht that docks here, plus crew accommodations needed. The timing seems right now.”

Matteson has been developing similar projects throughout the United States for more than 25 years.

“I’ve never seen a project with such advance interest,’’ he said. “We’ve had to set up a reservation system for residential and retail spaces and we haven’t turned any dirt yet. That’s very unusual. Demand is very robust.

“We’ve had reservations and deposits placed on the penthouses, which start at $1.2 million. We’re building to bring new people into the city. We’re seeing a totally new level of energy. And these are at prices you’ve never seen in Fort Pierce. All the penthouses are gone. Our Charleston townhomes are close to $600,000, condos in the $400s to high $700s. Apartments will range from $1400 to $1900 a month rent.

“Every project I build, I have a place to live in. I’m not just an out-of-town developer making a buck out of Fort Pierce. (Living here) gives you a different perspective, a different level if you build it for yourself.”

Matteson said he is “excited beyond words to be selected as the master developer. (Fort Pierce) is a diamond in the rough. I believe we’ll be viewed as being really smart to have done this. Fort Pierce is certainly ready for a growth spurt. It’s (a place) ready to take off. We’re ecstatic about this opportunity. I just wish we were moving dirt today!”

The final cost to build King’s Landing is expected to be around $85 million, including $15-20 million for the hotel. Fort Pierce has never had such an economic shot in the arm and many smaller business owners are hoping to ride the wave of prosperity King’s Landing will bring.