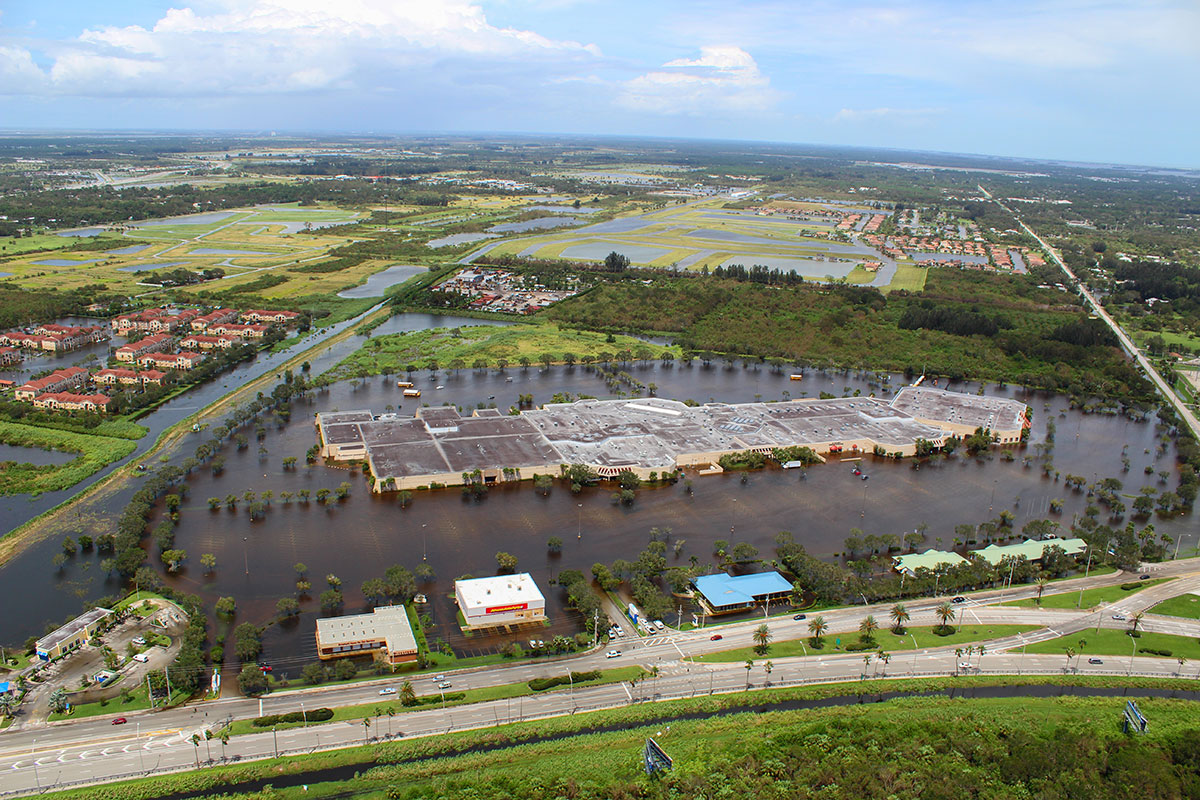 St. Lucie County’s government officials plan to use part of the federal funds to prevent flooding issues in Lakewood Park and at the Orange Blossom Business Center on Okeechobee Road. The business center was underwater in 2017 after Hurricane Irma hit the area causing drainage canals to overflow their banks.

One year after the federal government provided CARES funding to help small businesses and individuals recover from the financial shock of COVID-19, help is arriving for local governments who lost revenue and expended huge sums on pandemic-related services.

The $1.9 trillion American Rescue Plan Act, signed into law by President Biden in March, is intended to continue the nation’s economic recovery process. In addition to compensating municipalities for lost revenue and personnel costs, ARPA looks to the future and seeks to help local governments harden their infrastructure. In the process, it is hoped such work will breed improved economic growth.

Local governments had until May to create plans for distributing this money; funds must be expended by the end of 2026.

The three county governments on the Treasure Coast have received the first half of their total allocations, which eventually will amount to around a collective $94 million. These funds are for use in unincorporated counties and the numbers do not include separate allocations to individual cities.

How they intend to spend this windfall varies from county to county.

St. Lucie County, as the largest Treasure Coast entity, has taken the long view and intends to use its $63 million allocation largely for infrastructure projects that until now have been cost-prohibitive.

Other counties are taking a wait-and-see approach to spending their funds. Martin intends to use more money than St. Lucie on smaller expenditures, but will use 75% of its allocation on infrastructure. Indian River County, roughly the same size and population
as Martin, is taking a different approach. 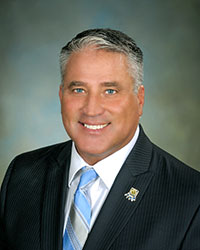 In August, it set aside:

• $55.1 million to be invested in capital projects falling under the water, sewer or broadband infrastructure category;
• $6.1 million to support the public health response to COVID; and
• $2.4 million to address adverse economic impacts caused by the pandemic.

“These funds will go a long way in making up significant infrastructure improvements within our communities with a strong emphasis on water-quality projects and economic development,” Commission Chairman Chris Dzadovsky said.

He said county staff would, as always, leverage federal funds with matching grants to ensure residents get the largest return on the investment.

The St. Lucie infrastructure expenditures are intended to address long-standing inadequacies in several areas in the county:

• $34.1 million for water and sewer lines expansion in Lakewood Park and along Midway Road;
• $17.8 million on collecting/treating stormwater countywide, including vulnerable areas in White City, Indian River Estates, Sunland Gardens and Harmony Heights neighborhoods; and
• Additional work will be done in improving drainage and water-quality issues in Ten Mile Creek, Indrio Savannas and Hog Pen Slough, many of which directly impact the North Fork of the St. Lucie River and then the Indian River Lagoon.

The task force surveyed regional needs and found a mixed bag. According to Thomas Lanahan, executive director, the council wants to share best practices and fine-tune individual projects, even though regional planners have no direct financial control of county budgets.

Lanahan noted there are many costly, long-neglected projects on the Treasure Coast that have foundered for primarily financial constraints. Lanahan said using ARPA funds might help bring some of these previously out-of-reach projects to fruition.

“[The COVID epidemic] has brought so much suffering,” Lanahan noted. “Wouldn’t it be great if something good could come out of it? Frittering away funds on a thousand small projects would be sad.

“For instance, the WPA [Works Progress Administration] after the Great Depression left us with a legacy of post offices, bridges and other public works projects that had a phenomenal effect [on people’s lives],” he said. “Wouldn’t it be good if our assets lasted long enough to benefit those who built them?”

Lanahan went on to note that with today’s interest rates at historical lows, this would be a great time to invest in costly infrastructure. While this approach met with an enthusiastic response from county officials on the task force, ultimately the spending decisions come down to local elected officials, who may have different priorities. 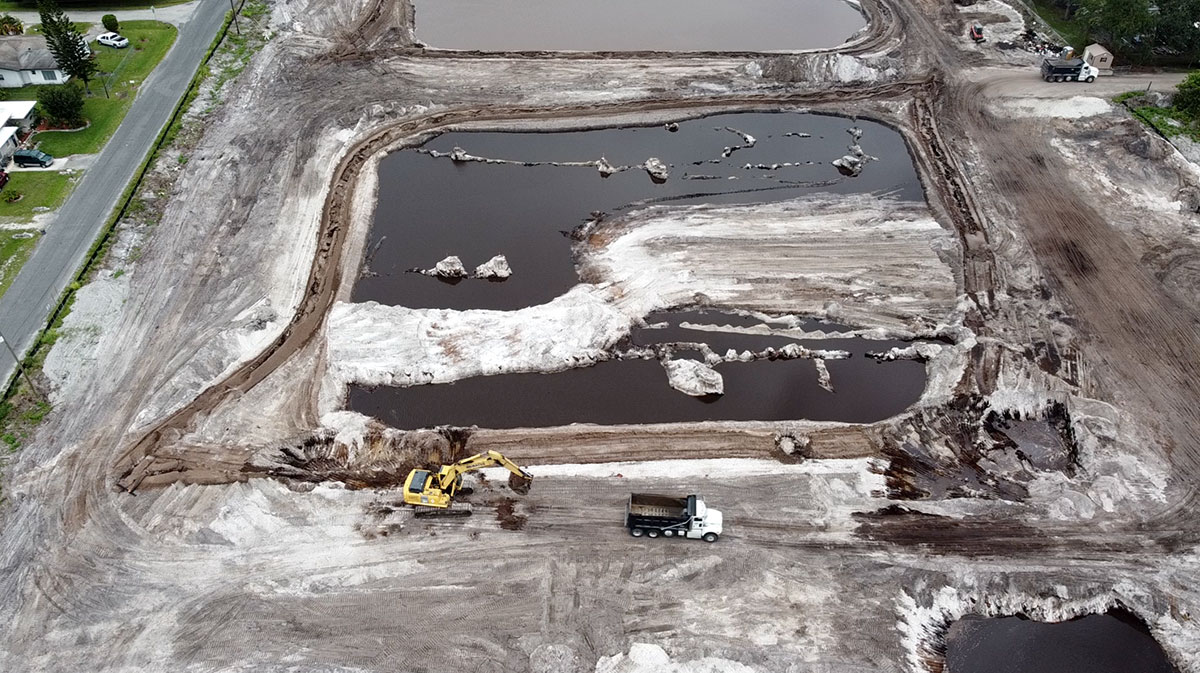 Although the stormwater retention project in White City is funded with money from other sources, it is typical of the sort of project St. Lucie County is planning to use its rescue funds on. 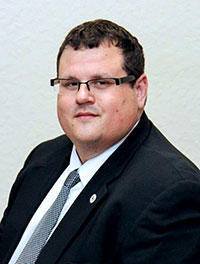 MARTIN COUNTY
George Stokus, Martin County’s assistant county administrator, is taking a cautious approach to allocating his county’s ARPA funds. Stokus had similar responsibilities with CARES funding and noted how federal rules kept changing over time. He expects the same thing to occur with ARPA funds, noting that the rules for the latter are more restrictive.

Rather than being caught flat-footed after spending big amounts of money, Stokus prefers to keep his powder dry and allocate smaller sums at a time.

In particular, Martin County is working on addressing the harm COVID inflicted on low- to moderately-low income residents. County officials have been mapping specific areas of need in the county – from emergency food supplies [through the Salvation Army and House of Hope] to expanding childcare services, which Stokus sees as a huge” need for many working parents who cannot afford to take time off work to look after their children.

The county is working on grant aid programs to ease the childcare dilemma for lower income parents.

Martin County does have some bigger spending priorities. Stokus noted that “ARPA pushes counties into capital projects. Seventy-five percent of our $31 million allocation will go to stormwater and septic-to-sewer and other capital projects. Yet people are still struggling. It’s a roughly 70-30 split between capital and ongoing spending priorities. It’s our job to put the pipes in the ground.”

So, along with allocating a $13 million capital sewer systems fund, the county is also setting aside $2.6 million for small business needs.

Martin intends to allocate $3.5 million toward the REACH Center at the airport in Stuart, a project done in conjunction with Indian River State College to provide continuing education and career guidance services.

Martin County will also allocate $1 million toward enhancing broadband communications in specific areas such as Palm City Ranches. This is a relatively affluent neighborhood where many residents formerly drove to Palm Beach County for work. Many found working from home during the pandemic problematic because of poor internet connections.

“ARPA is an infusion of cash into the local economy,” Stokus said. “The feds have reset the work cycle. Our commissioners see value in long-term infrastructure and in creating [conditions] that are good for neighborhoods.”

Yet having $31 million in ARPA funding is only the beginning, Stokus believes.

“We need to turn that $30 million into $100 million with matching grants,” he said. “It’s all about capitalizing on the federal money. If the apple tree is there, you need to pick it!” 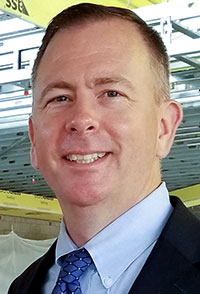 While Indian River does propose spending $3 million of its $31 million total allocation on water/sewer and broadband infrastructure projects, commissioners voted to spend a combined $5.5 million on payments to essential workers [$1.4 million] and on responses to the public health emergency [$4.9 million]. These include the enhanced cleaning of public buildings, miscellaneous quarantine-like expenses such as providing Plexiglas screens and dividers. The county also wants to help small businesses recover.

One interesting project that may or may not qualify for ARPA funding is the creation of a satellite campus at the old Fellsmere Inn in partnership with Indian River State College. The site would include a commercial bed and breakfast operation that would provide jobs and continuing education opportunities for residents along with a new revenue stream for the county.

Kristen Daniels, director of the Indian River County office of management and budget, noted that despite the county’s healthy growth rate of 6.14%, there have been serious shortfalls in utilities, debt service and internal service revenue streams to the tune of $19.7 million. The county will use a portion of its ARPA funds to address some of that shortfall.

So, will the massive pot of federal money that ARPA brings be enough to redress imbalances caused by the pandemic? And will the virus’ continued mutation and virulence only bring bigger bills in the future?

ARPA is a federal stimulus program that attempts to keep control of the purse strings in the hands of those at the local level. Perhaps one day we will no longer need such enormous financial help from the federal government. Until then ARPA recipients must leverage all the help they can get to spread the wealth as widely as possible and bring impetus to the nation’s economic recovery.