A-1 Industries of Florida, Inc. (A-1), a leading manufacturer of pre-engineered wood trusses in the Southeastern United States and the  Caribbean, is celebrating its 45th anniversary with the launch of a new corporate video and a  special day of appreciation for its employees.

"What sets us apart from other manufacturers is our people," says John Herring, A-1's President  and CEO. "We use state-of-the-art software and have amazing facilities, but our team is truly  our company bedrock. They are the reason we have been in business for more than four  decades."

A-1 was formed in 1977 as A-1 Roof Trusses. In 2022, the company changed its corporate  name to A-1 Industries of Florida and laid plans to use the A-1 brand name to identify all future  bases of operation.

Since 1977, A-1's accomplishments have been extraordinary. A-1 ranks in the top 5 percent of  all building materials manufacturers in single-site production quality and efficiency through its  use of technology. Over the years, A-1 has won many awards for its business operations,  including Manufacturer of the Year in 2022 by the South Florida Manufacturers Association and  the 2021 Best Places to Work in St. Lucie County, Fla.

"A-1 has enjoyed 100 percent growth in the past three years," says Jan Beck, A-1's Executive  Vice president and CFO. "We ship 40 to 50 units daily, and we're positioned to ship 100 to 200  units a day with the continued ramp-up of our Bainbridge facility."

As A-1 celebrates 45 years, Herring says the company plans for the long-term. "Our vision is for  A-1 to be a 100-year company," Herring says. “We will continue to use technology and focus on  people to change the way America builds homes.” 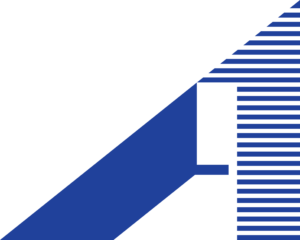 Founded in 1977, A-1 has over 350 employees and is a leading manufacturer of pre engineered wood trusses and EZWALL® wall panels. The company has manufacturing  facilities in Fort Pierce, Fla., and a sister company located on 80 acres in Bainbridge, Ga.,  operating as A-1 Industries of Georgia, LLC. A-1 has multiple employment opportunities in  Florida and Georgia for candidates looking to be part of A-1’s continued growth and who share  in A-1’s Core Values – Own it, Passionate, Honesty, and Respect.

Treasure Coast Business is a news service and magazine published in print, via e-newsletter and online at tcbusiness.com by Indian River Media Group. For more information or to report news email [email protected]
Sep. 27, 2022|

The Vero Beach Theatre Guild announced its lineup of Broadway hits for the 2022-23 theatre season. Celebrating 65 years, the Guild will kick off their Sapphire Anniversary with an all-time favorite musical, Footloose, directed and choreographed by Beth McKenzie-Shestak. With a talented cast of 30 local actors, Footloose is everything you could ask for in a lightweight, fluffy musical. The perfect fare for a summer's weekend. Performances will be given from July 8 through July 31. This season's main stage performances will be shown on Friday and Saturday evenings at 7:30 pm, with Saturday and Sunday matinees at 2 pm.

The month of September will keep not only the Guild actors, staff, and crew busy but its audiences as well, with 10 X Tenn the first annual month-long theatre festival featuring ten plus events by or about Tennessee Williams. The festival will open on September 7 with the Welcome Williams Wine Party on the patio with a fabulous display in the theatre lobby of memorabilia from the Tennessee Williams Museum in Key West, Florida. Curators Dennis Beaver and Bret Wite will welcome everyone and give a brief background of the display depicting the life and times of Mr. Williams and what Vero Beach can expect from the Theatre Guild during the entire month of September. Following the brief seminar will be a feature film Tennessee Williams' South. Williams is front and center in this classic exploration by reading directly from his works, placing them in the context of his life, and serving as a guide in visits to his career shaping refuge in New Orleans and his latter-day writing in Key West.

Cat on a Hot Tin Roof, directed by Pam Harbaugh and featuring a cast of locals in all roles, will be the Guild's anchor production for the month, opening on Friday, September 9, and running through September 30. Additional monthly events will feature staged readings of The Glass Menagerie, Summer and Smoke trouped in from Florida members of the American Association of Community Theatres, including A Streetcar Named Desire by the Lake Worth Playhouse. In addition, that evening will draw out the many Marlon Brando wannabes during the "Stella" Contest held in the east parking lot following the performance. The contest winner will receive two tickets to the November production Musical Chairs.

Movie Nights will occur throughout the month showing the Tennessee Williams classics Sweet Bird of Youth, The Rose Tattoo, The Night of the Iguana, and Suddenly Last Summer. The Guild's wine bar will be open for all events during the festival, and many will feature informal talk-back sessions on the patio after the live performances and film screenings.

Two one-act plays running as a double-bill on Thursday evenings include This Property Is Condemned, directed by Artistic Director Jon Putzke, and the only comedy written by Tennessee is The Case of the Crushed Petunias, under Tory Malfoy's direction.

In conjunction with the Guild's Education Academy, on September 13, Michael D. Naffziger will hold a master acting class, Ten and the Will (10 decisions to find the will of your character.) Tuesday, the 20th of the month, will be an organized debate over Inclusive Casting. Both educational events will take place on the second floor of the east wing.

Booze & Blues at Moon Lake Casino, a live cabaret night on the patio, will celebrate the festival's closing on October 1. Jacob Craig and his jazz trio will perform with several Guild singers entertaining patrons with the music that surrounded the career of one of the most distinguished American playwrights of our time, Tennessee Williams. Included that evening will be a Southern Bourbon Tasting, wine bar, food truck, and the opportunity to meet many participants and performers from the festival productions.

Following the festival in November, the Theatre Guild's next main stage production will be the song-filled Musical Chairs, directed by Patti Hall. In January, the world-renowned comedy Visiting Mr. Green will be directed by Lisa Keeler. The March musical The Boy from Oz, under the direction of Ben Earman, depicts the life and times of the great songwriter Peter Allen. The 65th season will end in May with Agatha Christie's who-dun-it Murder on the Nile directed by Alex Martinez.

The newly opened Studio Theatre season of staged play readings includes the hit comedy 'Art' followed by two more comedies, Love, Loss & What I Wore in December and The Lifespan of a Fact in February. The final readers' theatre production will be Peter Schaffer's acclaimed Equus.

The Guild is currently running their annual Flex Pass Season Subscription sale for six main stage productions and the 4-play series. Flex passes save patrons between $15 and $25. In addition, single admission tickets for the main stage and studio productions are also on sale. Money-saving Ticket Bundles for the theatre festival will go on sale on August 1. Complete information can be found on the Guild’s website verobeachtheatreguild.com or by phoning the box office Mondays through Fridays from 10 am to 2 pm and one hour before performances at 772-562-8300. The theatre and box office is located at 2020 San Juan Avenue, Vero Beach, Florida. 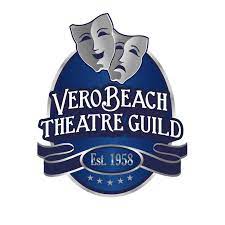 Treasure Coast Business is a news service and magazine published in print, via e-newsletter and online at tcbusiness.com by Indian River Media Group. For more information or to report news email [email protected]
Jun. 20, 2022|