Persistence: “firm or obstinate continuance in a course of action in spite of difficulty or opposition.”

In early 2016 an old friend and fishing buddy, Scott Deal, founder of Maverick Boat Company, invited me to a quiet lunch with a singular purpose in mind — my assistance in finding a building large enough and geographically close enough to expand his very crowded 77,764-square-foot marine manufacturing facility into a new satellite operation. Deal was mindful that the improving economy was leading to boat orders that his company-supplied dealers were clamoring to fulfill, placing additional delivery pressure on an already stressed manufacturing line.

After investigating some 24-plus buildings and not an unfair amount of what Deal would refer to as “train wrecks” over a period of six months, no existing facility proved to be suitable in both size, location and utility. We soon determined that the renovation and upgrades necessary for an existing facility made it apparent that constructing a new building would be justified. It wasn’t only from a cost perspective, but that of the marine industry manufacturing requirements specific to the larger outboard powered boats that customers wanted in Cobia, Hewes, Pathfinder and Maverick Boat Group products. Also of paramount importance to the client was the need to “keep the location local.” The concerted effort at training and retention of Maverick’s 276-person skilled workforce on the Treasure Coast was a key component for the intended expansion.

We examined at least seven sites and after careful investigation, placed under contract a well-located 36-acre site within a mile of the company’s existing facility at the Treasure Coast International Airport and Business Park. The new property was unique in that it had been a sand mine in its former life, now appearing as overgrown lakefront property. Challenges included endangered species and how to best position the new building envisioned by Deal and his team. The light industrial-zoned site had been previously engineered for multiple smaller buildings, and they had to work around the constraints of the existing lake. Fortunately, there was the opportunity to fast track with local and state-wide jurisdictional agencies. They had the assistance of a strong team of environmental, hydrogeology and geotechnical consultants, engineers and the Economic Development Council of St. Lucie County. The applicant was permitted to proceed with the project within a seven-month period. After groundbreaking in January 2018, Maverick Boats was off to a fast start and building boats by July.

The Maverick Boat Group expansion represents a $6.68-million capital investment in the local manufacturing project and will provide more than 100 new jobs in the Fort Pierce facility, adding to their existing skilled workforce, many of whom have been with the company in excess of eight to 10 years.

EXPANSION AND PROTECTION
During this time of marine industry expansion, Pat Murphy and I listed and began to advertise a 79.46-acre light industrial tract located southeast of the Treasure Coast International Airport. Although the subject site was well-positioned on St. Lucie Boulevard, with appropriate zoning, preliminary approvals and utilities, it was also home to several endangered and protected species, making future development less certain and difficult.

Pursuit knew that the recently completed 45,000-square-foot expansion of its own facility, located west of and adjacent to the vacant light industrial acreage, was going to be insufficient for its future needs.

Malibu, as the new owner, was going to need to expand the manufacturing capacity of Pursuit in line with its investment goals. In order to relocate certain production tooling to Fort Pierce from Michigan, where Pursuit had previously built some of its larger yachts, executives planned a new slate of manufacturing additions in support of their product line, so they worked to place the 79 acres that we represented under contract. Early on we were able to work closely with Pursuit’s management and identify a team of consultants necessary to plan and facilitate their objectives, as well as garnering the assistance and support of the Economic Development Council, the State of Florida and St. Lucie County commissioners.

Pursuit, which owned 30 acres of vacant land adjacent to its existing facility, knew that its own company land held a colony (or several colonies) of endangered Florida scrub jays. Company officials, along with their team of environmental consultants, quickly developed a preservation plan and over a 10-month period, worked with local, federal and state agencies to establish St. Lucie County’s first Scrub Jay Mitigation and Protection Area, south of their existing facility. The principals and agency partners then agreed to dedicate this land in concert with the proposed expansion of Pursuit onto the new lands to the east, creating more than 67.7 combined acres of upland preserves and more than 9.2 acres of lakes and retention areas.

As a result of this planned new development, Pursuit will be permitted to construct a new 400,000-square-foot manufacturing facility on the balance of their combined 131 acres, which supports a capital investment of $18.5 million and will not only enable it to retain 402 existing jobs but create 200 new jobs in conjunction with its planned expansion and growth.

We are proud to have been part of the lead brokerage selected to assist in both the representation of the land and in helping to identify the team of professional consultants and agency partners necessary to bring this project and others to fruition, supporting the expansion of local jobs to the community. 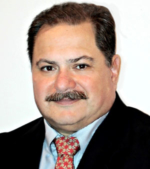 A licensed Florida commercial Realtor with 33 years experience in a wide variety of property types and has focused on acreage and pre-development properties for the past 18 years.