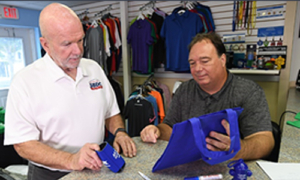 Every year since 1963, the President of the United States has issued a proclamation announcing National Small Business Week (NSBW), which recognizes the critical contributions of the country’s entrepreneurs and small business owners. We celebrated the 2021 NSBW Monday, September 13, 2021 through Wednesday, September, 15, 2021!

The FSBDC at IRSC recognizes Benjamin Franklin Plumbing of Port St. Lucie and DragonFly Graphics as part of National #SmallBusinessWeek!

Benjamin Franklin Plumbing of Port St. Lucie has undergone tremendous growth over the course of 2020 and 2021.  With the help of the FSBDC at IRSC the organization has expanded its business and taken over a larger facility in a more central location to better serve homeowners across the Treasure Coast. View their story here à https://youtu.be/hyb4VkCMT7g

Started as a family owned business, DragonFly Graphics has grown to employ over twenty individuals; proudly serving the Treasure Coast by providing branded material for a variety of organizations. We commend this great team for their dedication to community and look forward to assisting them with their growth plan. View their story here à https://youtu.be/fUjrNUH1uvA

“It is an honor to work with and serve innovative Treasure Coast small businesses such as Benjamin Franklin Plumbing and DragonFly Graphics”, said Tom Kindred Jr., Regional Director Florida SBDC at IRSC. “I encourage the region’s small business community to leverage all the tools and resources provided by the Florida SBDC at Indian River State College”. 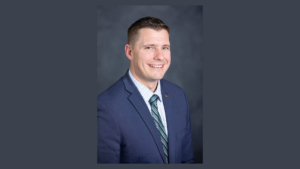 "IRSC Campus presidents serve in our communities as lead ambassadors of the college,” said Dr. Timothy Moore, IRSC president. "I look forward to seeing the tremendous impact Andy will have as the Pruitt Campus president—he brings a wealth of insight and experience essential to this vital role at IRSC."

Treadwell joined IRSC in 2009 as part of the president's executive leadership team working with fellow Cabinet members to advise institutional decision-making and action. He most recently served as the President's chief of staff while overseeing two key college departments and managing many legislative activities, including the coordination of local and statewide governmental relations and the development of annual legislative priorities and budget requests to lawmakers. Treadwell is a crucial adviser to the president and the District Board of Trustees and liaison to dignitaries, business leaders, and elected officials.

As Pruitt Campus pPresident, Treadwell will lead efforts to grow the college’s largest branch campus, create innovative partnerships in the community, and enhance economic and business development endeavors—particularly in the areas of health care and nursing. He will continue to coordinate IRSC legislative activities.

“Port St. Lucie is my home and IRSC is my passion,” said Treadwell. “It is a tremendous honor to take the helm of our Pruitt Campus at a time when the future of St. Lucie County is so bright. Our doors will be wide open to the needs of our students, local businesses and the community.” 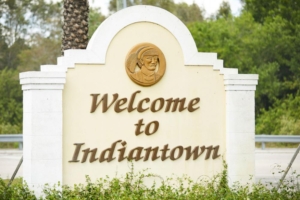 The Indiantown Village Town Council voted unanimously Sept. 8 during its first budget hearing to lower the millage rate below the rollback rate, the only community in Martin County to propose lowering taxes this year.

Village Attorney Wade Vose wantsthe public to know there would be one more hearing before the proposed millage rate become official.

“I just want to mention for the record that the resolution also sets the date, time and place of the second public hearing on the final millage rate For Sept. 23 at 6 p.m. at Village Hall Chambers,” 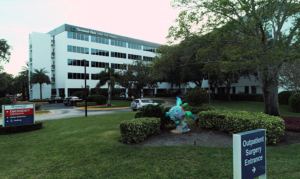 Cleveland Clinic contributed $4.12 billion to Florida’s economy in 2019, according to the health system’s most recent economic and fiscal impact report, “A Vital Force in Our Nation’s Economy.”

“Caring for the community is a priority at Cleveland Clinic,” said Tom Mihaljevic, M.D., Cleveland Clinic CEO and President. “As we celebrate our 100th anniversary, we are proud of our impact on the physical and economic health of our neighborhoods and embrace our role as an anchor institution.”

Cleveland Clinic in Florida serves as a job creator. It invests in local businesses through the purchase of goods and services. And it helps cities and neighborhoods thrive through tax revenues that support critical health services and infrastructure.

Patients and visitors who traveled to Cleveland Clinic in Florida contributed $26.3 million in economic activity. That included more than 67,000 visitors who came from out of state or across Florida to receive care, participate in education activities or attend events.

“Cleveland Clinic continues to positively influence Florida’s economy by supporting our caregivers, their families, and our communities,” said Conor Delaney, M.D., Ph.D., Cleveland Clinic Florida CEO and President. “As our footprint in Florida continues to grow, so too will our contributions to a healthy economy in the state.”

For every direct Cleveland Clinic job, approximately 1.7 additional jobs across the country can be attributed to the health system. An estimated $13.3 billion of annual labor income, including benefits, was associated with the total jobs. These jobs and associated earnings sustained 124,831 U.S. households, which spent approximately $11.2 billion purchasing goods and services.

Cleveland Clinic’s operating and construction activities resulted in the generation of $1.9 billion of state and local taxes and $3.5 billion of federal taxes in the U.S. in 2019.

Beyond 2019, Cleveland Clinic has continued to serve as a stabilizing economic influence. The health system took steps during the COVID-19 pandemic to preserve jobs, which helped support caregivers, their families and the communities where they live.

The report is the result of an economic analysis completed by Silverlode Consulting utilizing IMPLAN, a widely used economic impact modeling system. 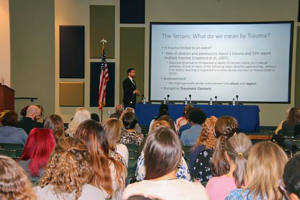 They will share valuable insight on the topic of child abuse and how to better protect our children.Registration is available to attend in person or via Zoom. In partnership with Sandy Pines, CEUs are available for Psychologists, School Psychologists, Nursing, LCSW, LMFT, LMHC. 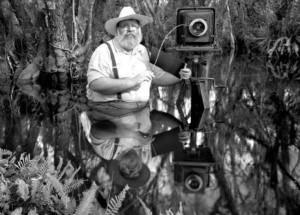 Attendees will enjoy a gallery filled with 29 of Butcher’s large-format breathtaking photographs, live music, hors d’oeuvres, and a cash bar. The Living Waters and the Florida Landscape is a traveling exhibition by the Aquatic Preserve Society. Butcher, a longtime, devoted supporter of environmental causes, donated the 29 photographs to the Aquatic Preserve Program in 2000.

This well-anticipated stop of the moving gallery is made possible through a collaborative effort with the St. Lucie Cultural Alliance, the Aquatic Preserve Society, the Indian River Lagoon Aquatic Preserves, and the Friends of Spoil Islands.

Butcher, who has an exceptional career in photography, won state and national awards, is a self- taught photographer with a degree in architecture, known for his remarkable black and white landscape photographs. He composes his work throughout the United States and helps the public experience scenes out of reach and untouched. Butcher has been called the next Ansel Adams by Popular Photography magazine, awarded as a humanitarian for acting for the betterment of his community, and recognized as a conservationist for bringing issues to the forefront of public consciousness through his art. 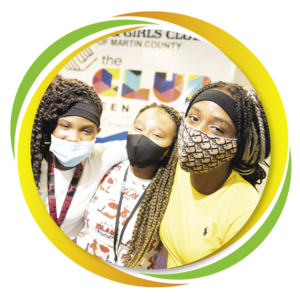 “We believe wholeheartedly in strengthening relationships between our club members—especially teens—and the professionals who are charged with helping protect and serve society,” says Keith “Fletch” Fletcher, CEO of BGCMC. “It’s not only core to our emphasis on citizenship and good character—it’s vital to how these young people grow to see society as a whole.

“One of the best ways you can show someone how much you appreciate them is to cook them a meal, and thanks to our culinary class our kids are turning into true talents in the kitchen,” adds Fletcher. “And we couldn’t think of a more appropriate occasion to show our appreciation than doing so near the 20th anniversary of the day first responders demonstrated such courage, heroism and, sadly, sacrifice.”

The food truck is a centerpiece in the program. Participating teens handle the ordering and inventory, head up marketing efforts, prepare the menu—which often involves veggies grown in the gardens at some local BGCMC clubs—and cook and serve the food.

“The only thing they’re not doing,” says Chef Dan, “is driving the truck and buying the food.” 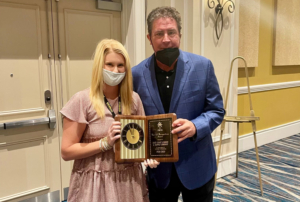 The award was presented to Megan Osteen, the fifth generation in the Osteen family to work at East Coast Lumber, which was founded by her great-great grandfather, George F. Paddison, in Eau Gallie in 1902. East Coast has stores and lumber yards in Cocoa Beach, Melbourne, Vero Beach, Stuart and Fort Pierce, where its corporate headquarters are located.

Megan, the sales coordinator for East Coast’s Vero yard, is a 2015 graduate of Southern Methodist University, where she was a member of the school’s equestrian team. After working for several years in Dallas, she returned to the Treasure Coast in 2018 to become involved in the family business.

East Coast Lumber was a founding member of the alliance when it was formed in 1920 as the Florida Lumber Dealers Association. Since then, six representatives from East Coast Lumber — general managers R.P. Paddison, William Tylander, Nells Hallstrom and Brian Blocker, along with current owners Allen Osteen and Don Osteen — have served as president of the association or alliance. The award was to be presented last year but was delayed because last year’s alliance and trade show were canceled due to coronavirus. This year’s convention of the alliance, based in Lake Mary, was held at the Rosen Shingle Creek Resort and Convention Center in Orlando, where legendary Miami Dolphins quarterback Dan Marino was a keynote speaker.

“East Coast Lumber has always recognized the need for a strong association of lumber and building supply companies to be an advocate for the issues that drive our industry,’’ said East Coast Chief Executive Officer Allen Osteen.

Osteen said the company plans to celebrate its 120th anniversary next year. The company is the oldest lumber and supply company in Florida and one of the state’s oldest continually operating family-owned retail businesses. 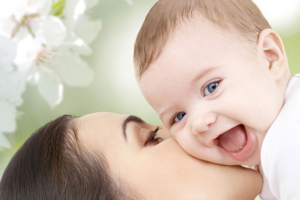 Suzy Hutcheson, chief executive officer and Glenna Parris, gift planning officer, discussed the challenges and accomplishments of the past year, as well as outlining the organization’s plans for the future.

Thanks to the generosity of the community and the board – which participated at a 100-percent giving level – Helping People Succeed will be transitioning from its Capital Campaign to actual capital renovations.

Like all nonprofits, Helping People Succeed’s fundraising capabilities were severely impacted by Covid-19.

For more than 57 years, Helping People Succeed has been transforming lives by realizing potential, creating hope and building futures through education, counseling, training and employment. 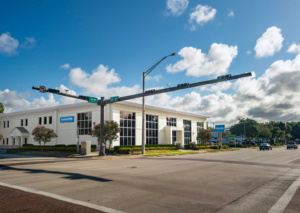 The nearly 19,000 SF space, adjacent to the City of Vero Beach Police Department, previously served as a Wells Fargo location. Originally built in 1957 and later renovated in 1984, the building lends itself to Ironside’s growing needs.

“I am both pleased and grateful for the remarkable growth Ironside has experienced over the past few years,” said Bo Forbes, owner of Ironside. “We have been adding new staff members monthly to keep up with client demand, and while we love our current space, it was limiting our ability to expand.”

The new building offers an 8,000 SF atrium which will house Ironside’s robust print production division, while an additional 11,000 SF of office space will allow Ironside to continue to grow its professional service offerings, expand its video production studio and create a flex space for training or seminars.

“There are not many buildings in Vero Beach designed to meet Ironside’s needs of both office and production space,” said Kennedy. “When this building came on the market I knew Bo would be interested.”

“It’s evident the businesses of Vero Beach appreciate having a marketing agency with a skillset and service offering that rivals agencies in larger cities, but with the local knowledge and exceptional service one expects in Vero Beach,” said Forbes.