CLEVELAND — Cleveland Clinic, on the brink of finalizing deals to take over Martin Health System in Stuart and the Indian River Medical Center in Vero Beach, announced a new regional leadership structure in Florida today that appoints a Cleveland Clinic physician as president of IRMC and retains Robert Lord as president of the Martin Health System .

Pending regulatory review and approval expected in January of the takeover of IRMC and Martin Health, physician Gregory Rosencrance, currently chairman of the Cleveland Clinic’s Medicine Institute, will return to Florida to serve as president of IRMC. 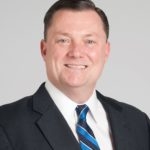 Rosencrance joined the staff at Cleveland Clinic Florida in 2014, moving to Cleveland in 2016 as chairman of the Medicine Institute. During his tenure in Cleveland, he was instrumental in launching Cleveland Clinic Community Care, the hospital system’s population health initiative. Indian River Interim President and CEO Karen Davis, who was selected in November 2017 by the IRMC Board of Directors, will return to her role of senior director at healthcare consulting firm Alvarez and Marsal, once IRMC’s addition to the Cleveland Clinic region in Florida has gone through regulatory review.

“As we continue to extend our presence in Florida, this new structure will further Cleveland Clinic’s mission and allow us to stay true to improving the lives of as many patients as possible,” Mihaljevic said. “Working as a team, our caregivers place the patient at the center of everything we do. ‘Patients First’ is not just a motto; it’s a commitment to providing exceptional care in an exceptional way to every patient.”

This article was distributed by Treasure Coast Business, a service for the readers and advertisers of Indian River Magazine Inc.