Treasure Coast businesses cope with a decrease in tourism dollars 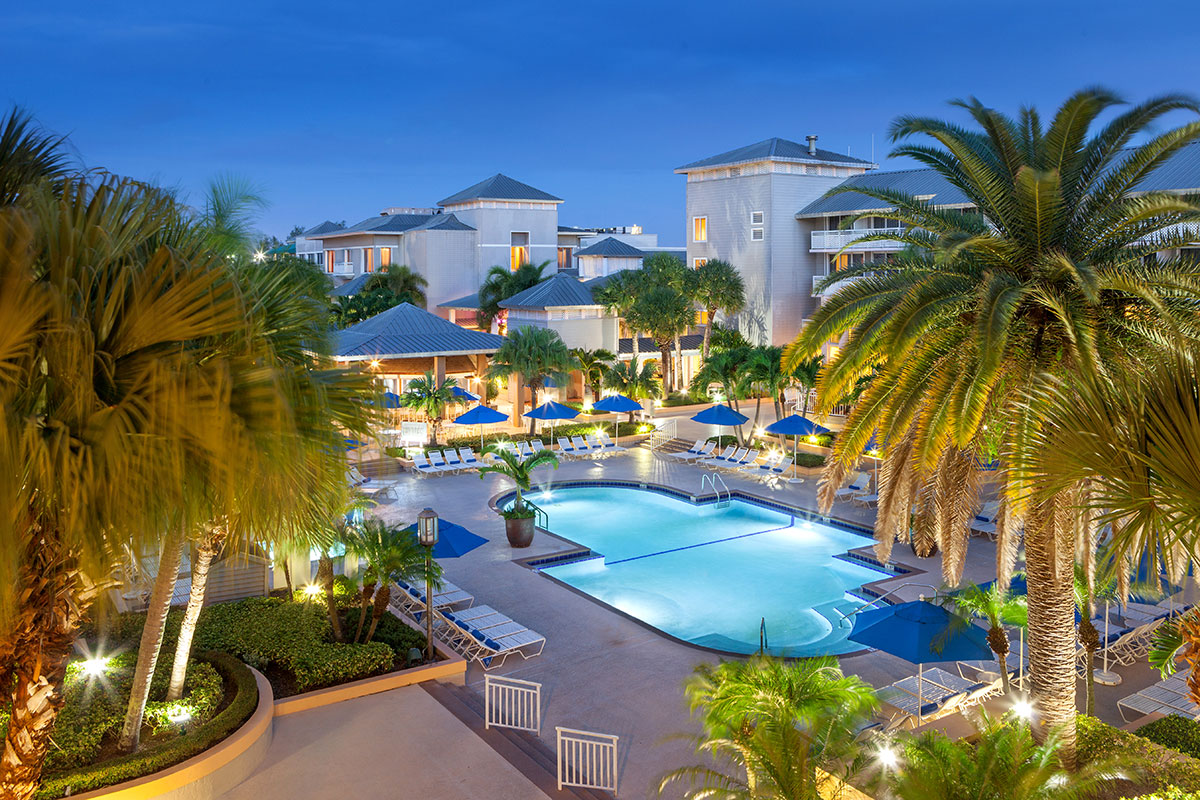 The Marriott Hutchinson Island Beach Resort is one of the largest hotels on the Treasure Coast, where the hospitality business fell sharply because of the pandemic. MARTIN COUNTY TOURISM OFFICE

Christy Heskel was in a tough spot when COVID-19 hit in March and many people who had reservations at her 12-cottage resort on the Indian River in Sebastian canceled because of health concerns.

It had been just a little more than two years since Christy and her husband, Neil, bought the long-in-the-tooth Ferndale Lodge, which they closed, gutted, and renovated. Each cottage got a separate interior, giving each a different vibe, Christy said. They even changed the name to Island View Cottages. 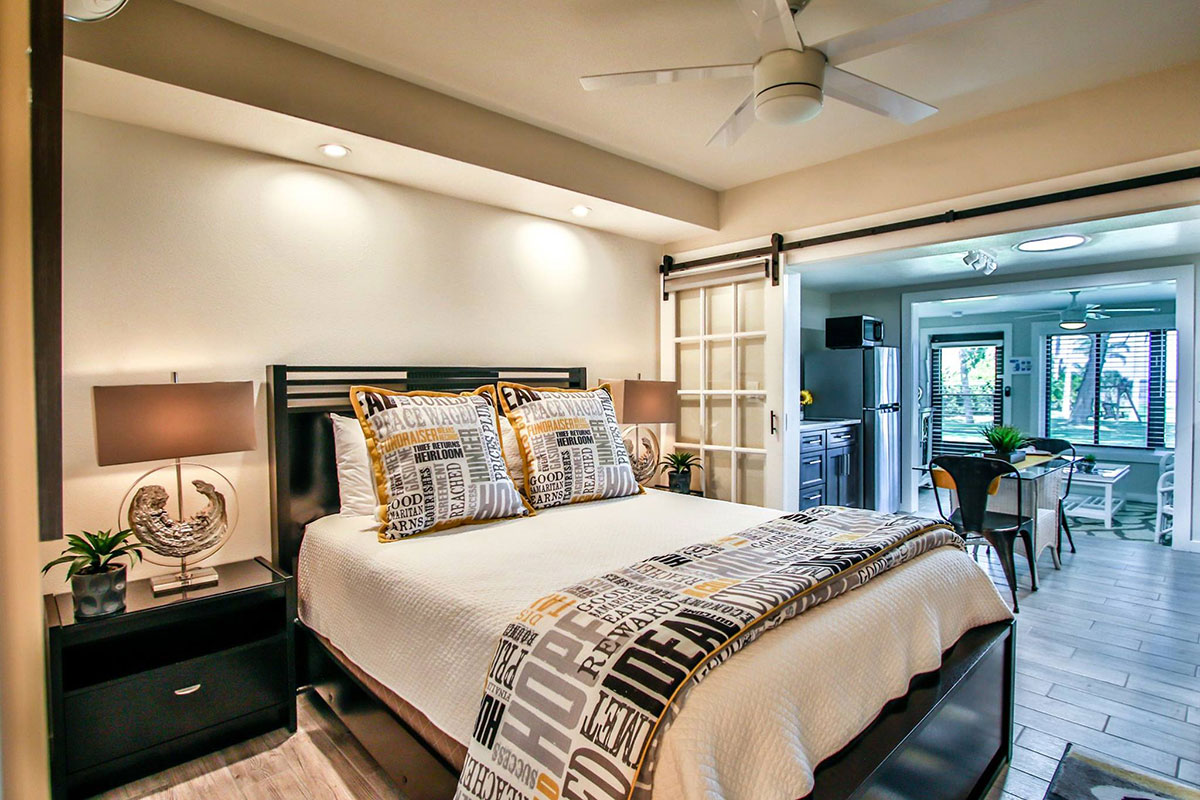 Island View Cottages in Sebastian on the shore of the Indian River, closed for three months because of the pandemic, but it has reopened and business is slowly returning. ISLAND VIEW COTTAGES

The Heskels were making a go of it. Their small business was slowly developing a cadre of devoted return guests. Couples took a cottage for a few nights or even a month or more. Then the coronavirus put recouping their investment on suspension.

In addition to concern for their guests, the Heskels felt protective of their small staff.

“In March when it all hit, we didn’t want to subject our employees, so we closed for three months,” Christy Heskel said.

Since the reopening, guests have returned, but business is still down to 60% of what it was a year ago, and of the booked reservations from January to April this year, a third canceled. 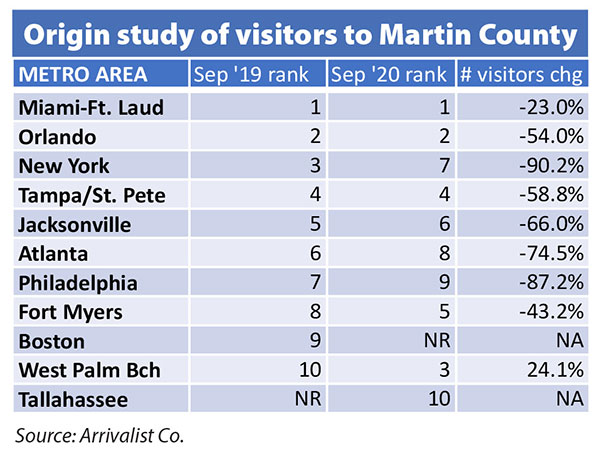 The hit absorbed by Island View is just one example of the plunge in Treasure Coast tourism because of the pandemic. Still, for the area’s tourism industry, there is reason to be both relieved and hopeful. The valley was not as deep as feared, and area tourism officials say a rising public confidence in safe travel has already started a recovery.

From March through October, tourism as measured by collections of the bed tax placed on lodging in Indian River, Martin, Okeechobee and St. Lucie counties fell 23%, at $5 million, from the same period in 2019. 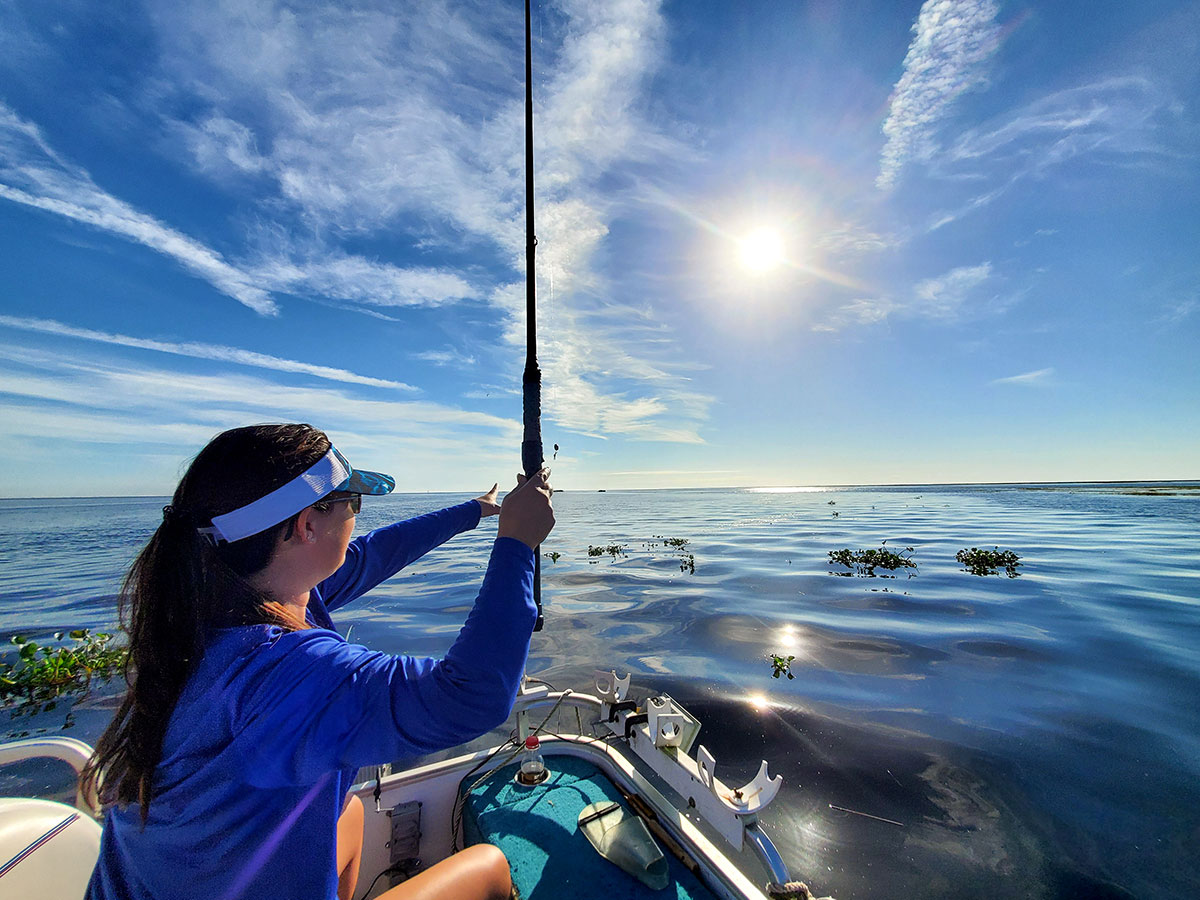 Tourism around the waters of Lake Okeechobee, which draws many visitors seeking bass, crappie, bluegill and other types of fish, hit its low point last spring. OKEECHOBEE COUNTY TOURISM

Tourism is one of the largest industries in the region, where visitors spent $1.8 billion annually before pandemic-affected 2020 in Indian River, Martin, Okeechobee and St. Lucie counties.

In Martin County, the tourism industry was the third-largest, according to a recent study, which showed that only health and social services, and retail trade were bigger.

Tourism activity did not drop as sharply on the Treasure Coast as in areas that attract the most visitors such as central Florida, home to Disney World and other family theme parks, or the larger coastal metro areas of the state.

The Treasure Coast is less reliant on international and Canadian visitors, the numbers of which fell more than 90%, as are other parts of Florida, and the primary attractions here including the beaches, boating, fishing, and golf can be experienced in the relative safety of the outdoors.

“We have miles and miles of uncrowded beaches,” Nerissa Okiye, director of tourism for Martin County, said. Tourism directors in Indian River and St. Lucie counties are pitching the same point. If social distance is an attraction, Okeechobee County has by far the lowest population density in the area.

Tourism is a big economic driver in the area, as shown by the $802 million economic impact it had in St. Lucie County for the 2016-17 fiscal year, the latest that such a figure was available, said Charlotte Bireley, director of the tourism office in the area’s largest county by population.

In St. Lucie for that period, 8,000 people had jobs thanks to spending by the 1.2 million visitors who came to the county. That’s an average of one job per 150 visitors. 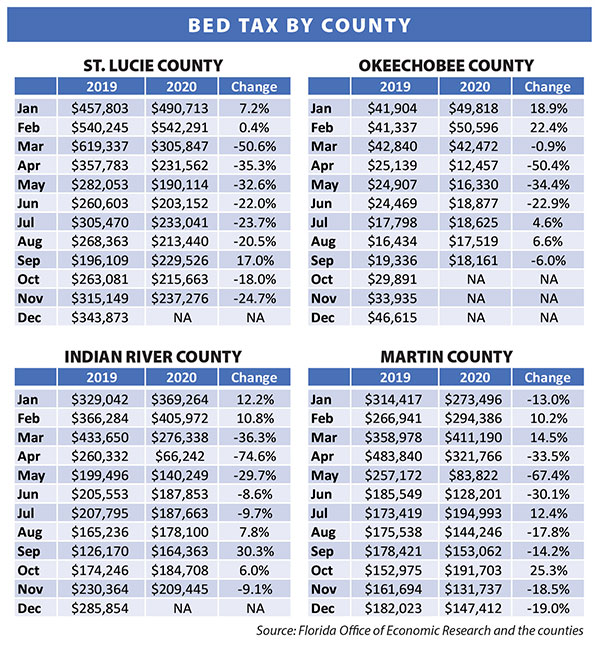 LOW EBB IN SPRING 2020
Last spring was the ebb for visitors as determined by collections of the bed tax, also known as the tourist development tax. The bed tax is 5% in Martin and St. Lucie, 4% in Indian River and 3% in Okeechobee.

April was the first full month of the COVID crunch when mandatory restrictions were in place and when many volunteered to stay at home.

In April, bed tax collections year-over-year fell 75% in Indian River, 34% in Martin, 50% in Okeechobee, and 35% in St. Lucie. April was the low point for Indian River and Okeechobee while St. Lucie’s nadir was a drop of 51% in March, and Martin’s biggest drop for collections was May, down 67%.

Local tourism officials point to signs of a recovery in 2021, but they are reluctant to venture a guess when things will return to pre-virus normal. 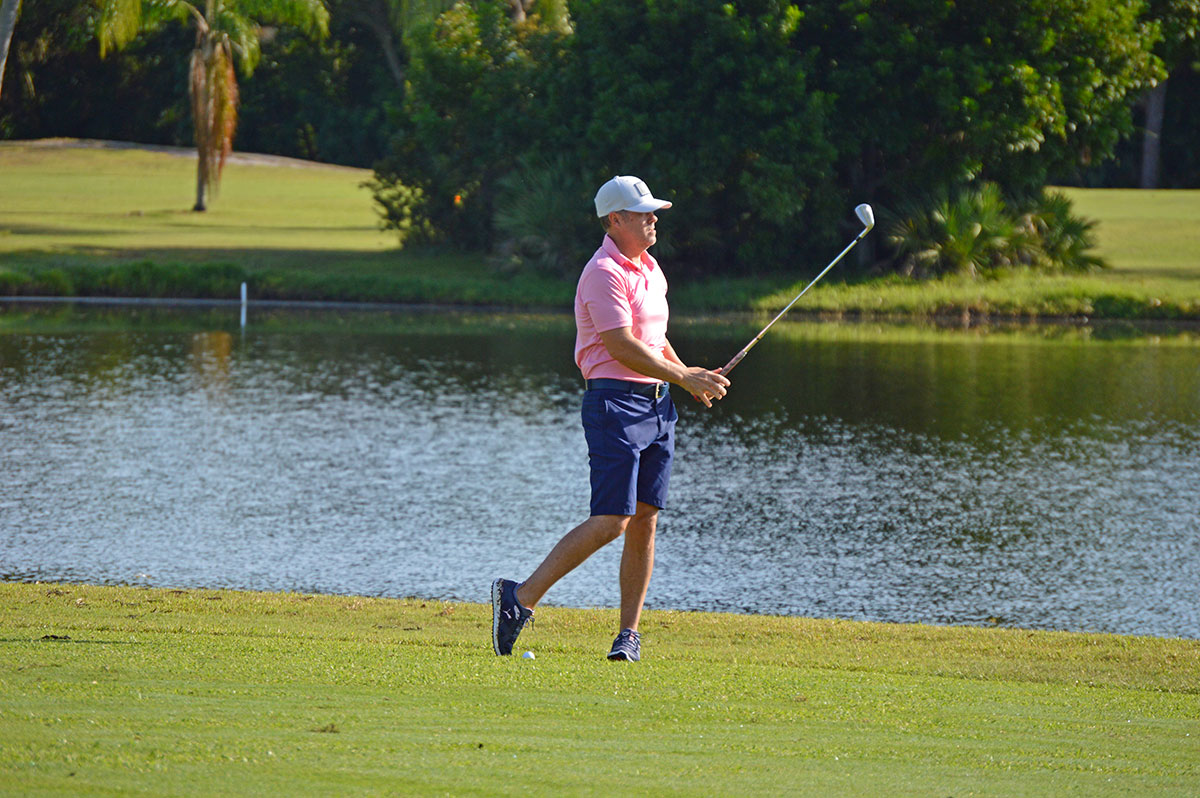 The many outdoor activities like golfing, boating and beach-going on the Treasure Coast, drew tourists because they can be experienced in relative safety from the coronavirus. MARTIN COUNTY TOURISM OFFICE

CAUTIOUSLY OPTIMISTIC
Jerry Parrish, chief economist for the Florida Chamber Foundation, said the Treasure Coast is likely to recover at about the same pace as the rest of the state. He said a wider distribution of vaccines will boost visitor spending appreciably by June. Also helping will be the release of pent-up demand from “people who have been cooped up for a year,” Parrish said. This will lead to “a strong summer and winter for tourism in Florida.”

Still, the state’s businesses cannot expect a return to pre-COVID tourism numbers until the end of 2022, Parrish said.

Visit Florida, a nonprofit that is Florida’s official tourism marketing company, said that final figures for 2018 show an eighth straight record year for the number of out-of-state visitors, a string that preliminary figures show will extend to a ninth year in 2019, when the winning streak stopped.

In the first three quarters of calendar year 2020, the number of visitors to Florida fell 34% from the same period a year earlier, including a decline of 60% for the second quarter and 32% in the third quarter, according to preliminary figures from Visit Florida.

On the Treasure Coast, the 2020 pace was “on course for a record year,” until pandemic concerns arose, said Kirk Funnell, director of tourism for the Indian River County Chamber of Commerce. 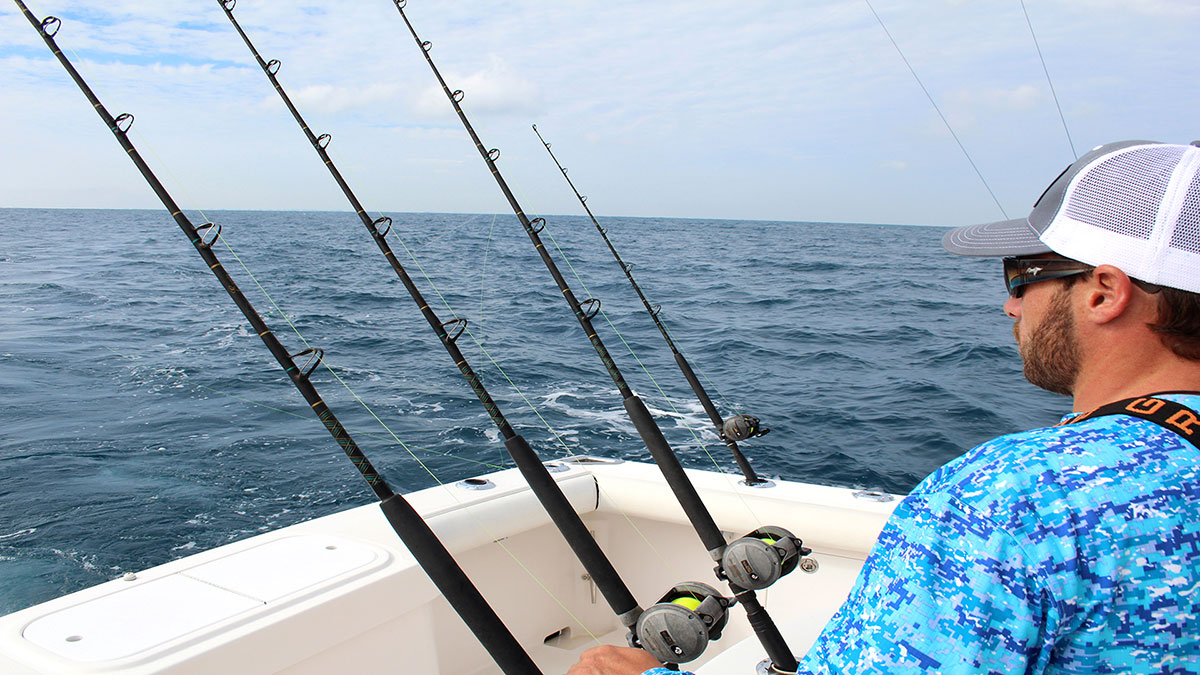 A fisherman and his rigs off the coast of Martin County, which claims the title of “Sailfish Capital of the World.” Boating and fishing are primary attractions for visitors to Treasure Coast area. MARTIN COUNTY TOURISM OFFICE

RECENT SURPRISE UPSWING
The Heskels were able to keep their small staff working through the months Island View was shuttered, having them fix up the exterior of the cottages and prep the place to be as anti-COVID as possible.

Virus-resistant protocols at Island View include the use of UV and ozone machines after guests check out, and keeping a cottage empty for several days before the next guests check in.

Tourism directors in each county said no hotels or lodging establishments were forced to shut permanently because of the virus.

A good portion of Treasure Coast jobs are supported by tourism, according to figures from Visit Florida. In 2018, the latest year that figures were available, 10.6% of jobs in Okeechobee relied on visitor spending, followed by 9.8% in Indian River, 7.5% in Martin and 7.1% in St. Lucie.

After the grippingly bad numbers in the spring, area tourism officials downgraded their estimates for visitors and bed tax revenue, but have been pleasantly surprised by higher-than-expected figures in recent months.

“We were afraid our tourist dollars would hit rock bottom but we came in quite a bit above what we were projecting,” Sharie Turgeon, tourism coordinator in Okeechobee County, said. 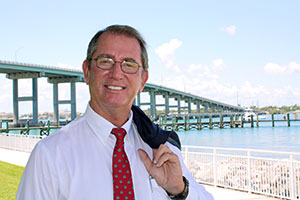 Travel reluctance, especially for long-distance trips, cut 2020 hotel occupancy rates in Indian River, which fell to 53% from 65% in 2019 as Martin went to 51% from 67%, and St. Lucie to 53.5% from 67%, according to STR, a hospitality industry consultancy. Okeechobee does not contract with STR.

At Sunrise Sands Beach Resort across from Fort Pierce South Jetty Park, business from March through October was 40% of year-earlier levels for the 23-room hotel and its large restaurant.

Buzz Smyth, owner of the hotel and restaurant business at Sunrise Sands, said things have picked up a bit since October but by late January were still only half of what they were a year earlier.

Smyth said he so far has been able to keep all 35 full- and part-time workers employed through the coronavirus pandemic.

There are containers of Clorox disinfecting wipes at every turn on the property. “We want to make sure the public feels safe. [All workers] wear masks to protect themselves and the customers,” Smyth said.

All rooms open to the outside, eliminating the interior spaces where experts say COVID-19 is more likely to spread. About 90% of the restaurant’s seats are in the open air, Smyth said.

Like most hotels in the area, Sunrise Sands has seen a paucity of guests from up north.
Smyth said, “Seventy percent of our clientele comes from Palm Beach and south of there.”

A greater reliance on South Florida visitors in 2020 was seen throughout the Treasure Coast as a fear of flying has caused significant shifts of where our visitors come from. 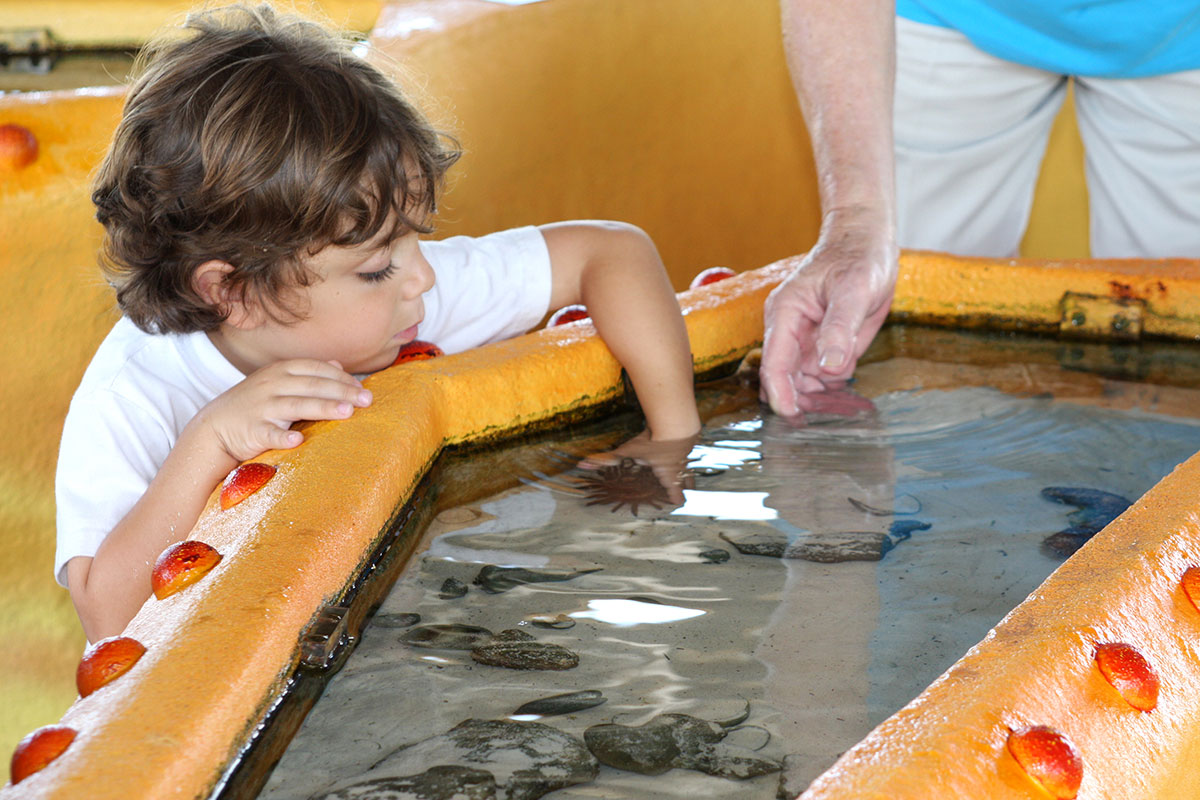 A child gets to experience a close encounter with sea creatures at the Florida Oceanographic Coastal Center, a 57-acre marine life nature center popular with residents and tourists in Stuart. FLORIDA OCEANOGRAPHIC COASTAL CENTER

SHIFT IN CUSTOMER BASE
Martin County hires a consultant, Arrivalist, which reports each month which U.S. metropolitan areas are sending visitors to the county. The most recent month with data available was September.

In September 2020, the first two spots were Miami-Fort Lauderdale and Orlando, both of which showed declines, down 23% and 54%, respectively, compared to the number of visitors from these places in September 2019.

However, those declines were not as sharp as the New York City metro area, down 90%, Philadelphia, down 87%, and Atlanta, down 75%, according to the visitor origin study. New York’s metro area fell to seventh-most visitors to the country in September, from third-most a year earlier. West Palm Beach, in the county of Martin’s southern neighbor, rose to third-most visitors, from 10th a year earlier. The number of visitors from each of the top 10 origin points in 2019 fell in 2020, except for West Palm Beach, Martin’s Arrivalist data shows.