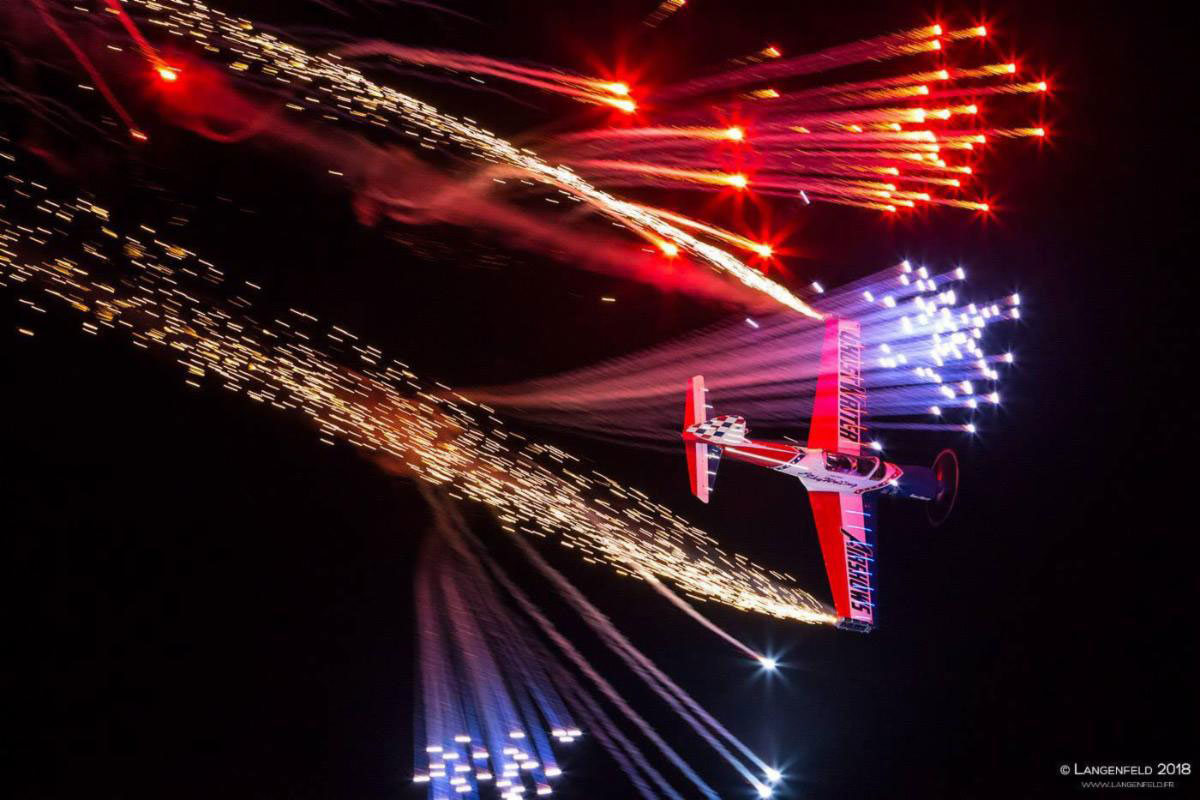 The sky is the limit at this weekend's 2018 Audi Stuart Air Show. Photo credit: Nathan Hammond/Langenfeld

STUART — Even amid loss, hurts and hardships, people across our community have remained determined, hopeful and optimistic.

And now they have even more reasons to look up — literally.

The Stuart Air Show is returning to the skies November 7 and 8. Celebrating its delayed 30th anniversary, the beloved regional event — sidelined last year by heavy flooding, which proceeded the tragic pre-show crash of a performer — will highlight performances from more elite military fighter jets than ever before.

Not all the action will take place exclusively in the air. The event will debut a freestyle motocross performance in which one rider jumps over a biplane — in flight! And one of the static aircraft gives festivalgoers the chance to sit in the replica cockpit of the Top Gun Maverick F-18 Hornet popularized by Tom Cruise in the famous film.

“This will be a Veteran’s Day weekend that aviation enthusiasts, seniors, families — and anyone eager to experience a safe and exciting patriotic event outdoors — will not soon forget,” says Amy Bottegal, president of the Stuart Air Show. 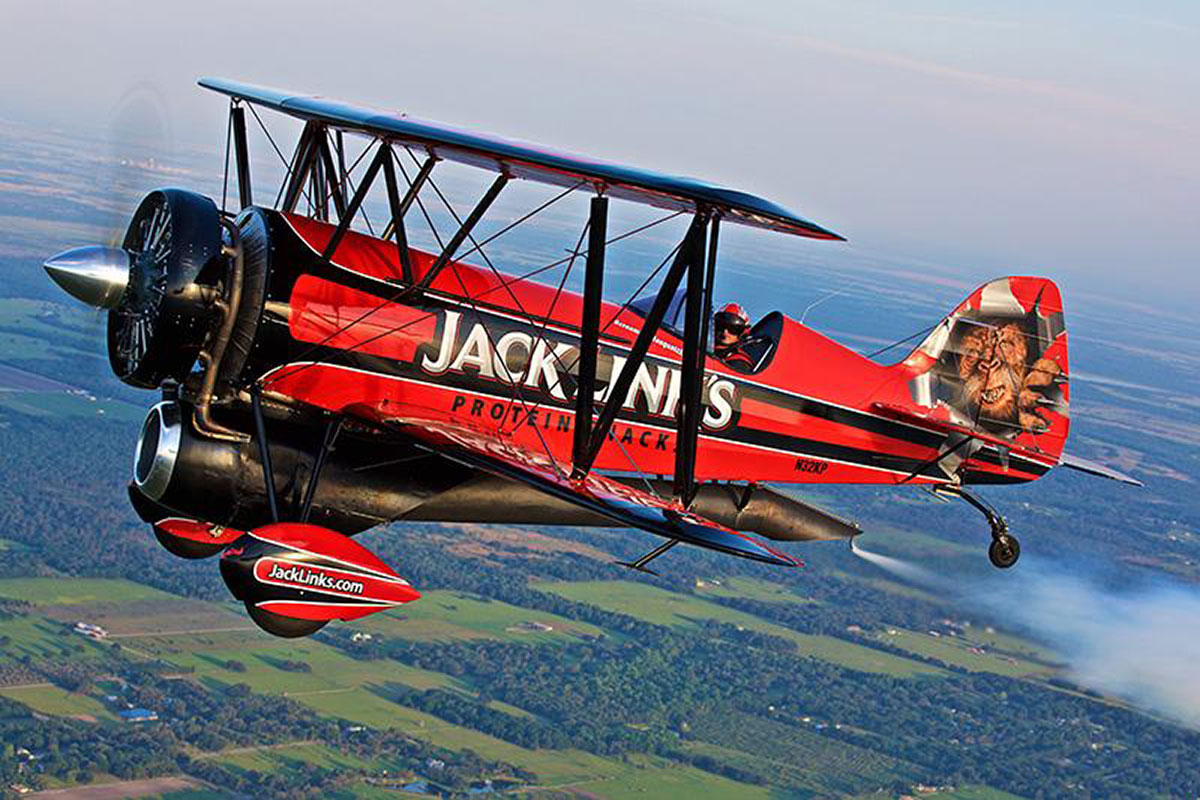 Jack Link's Screamin' Sasquatch Jet Waco will have everyone on the edge of their seats. Photo credit: John Klatt Airshows.

This year’s event commanded remarkable attention to detail in:

· Honoring the memory of Dr. Joseph Masessa, the pilot set to perform last year who died Nov. 1 when his plane crashed at Witham Field hours before the show was set to start.

“The Masessa family looks forward to being able to memorialize him at this special event,” says Jeff Masessa, his brother. “Stuart will always be home to Joe; it’s his final resting place.”

A dermatologist with offices around the state, including Martin and St. Lucie counties, Masessa cherished the chance to appear in the Stuart Air Show and harbored a profound appreciation for America and the military. The exterior of his aircraft bore the names of more than 1,600 soldiers missing or captured during the Vietnam War.

One of Dr. Masessa’s aircraft, the BAC Strikemaster, which he personally refurbished to fly in the 2021 show, will appear in this year’s event.

The Stuart Air Show is also paying homage to Masessa through its logo, which was redesigned to include his 1968 Grumman OV-1 Mohawk.

“It’s been a deeply emotional journey bringing the air show to its 30th anniversary celebration,” says Bottegal. “Of all the difficulties — flooding so bad it forced cancellation of both days, funding challenges, scheduling issues, finally the COVID crisis — nothing comes close to affecting our air-show family as profoundly as losing Joe.

“After the crash last year, it was Joe’s family who encouraged us to continue and they were sorry to see the rain and flooding prevent it from going forward,” adds Bottegal. “But they’ve been incredible over these many months since, stepping forward to sponsor the event and doing everything they can to make sure our community remembers Dr. Masessa and his love for the Stuart Air Show, aviation, our veterans and our nation.”

The result is a safety plan on par with the “Disney standard,” says Bottegal. And the massive. 27-acre outdoor event space makes social-distancing a natural.

“Our attendees always show up feeling confident that they’ll see amazing aerial and static aviation displays,” says Bottegal. “But we wanted to take the steps for them to feel even greater confidence in their ability to stay safe and healthy during the event.”

Delivering on that expectation for “amazing aerial” display is a certainty this year. Due to numerous postponed air shows around the nation, the event — traditionally among the latest on the air show circuit’s calendar — is reaping the rewards of going last. 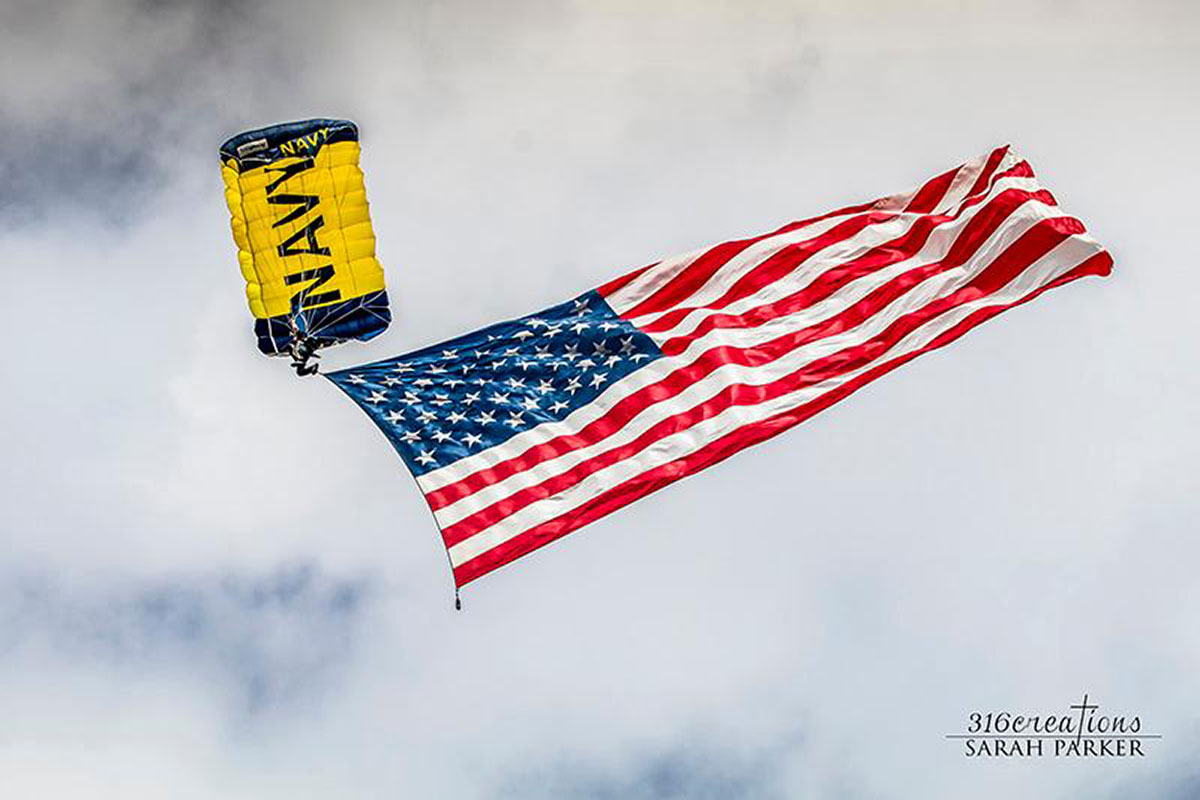 In addition to the U.S. Air Force Heritage Flight and USASOC Black Daggers Parachute Team, the featured fighter jets — air combat aircraft that have not performed at the same event in the United States for the last eight years include:

Static displays of aircraft include:
· DreamBig Top Gun exhibit of the Maverick F-18 Hornet Experience—an exact replica of the fighter jet featured in the famous movie—invites guest to pose for pictures in the cockpit.
· C-47 Tico Belle is a memorial to the aircraft that 75 years ago took part in the D-Day invasion.
· TBM Avenger, a Grumman designed torpedo bomber like the aircraft flown by George H.W. Bush when he was shot down by the Japanese during World War II.
· M*A*S*H helicopter
· Douglas DC-3, which served as a wartime transport in the 1940s and deemed vital by Gen. Dwight Eisenhower for winning World War II.