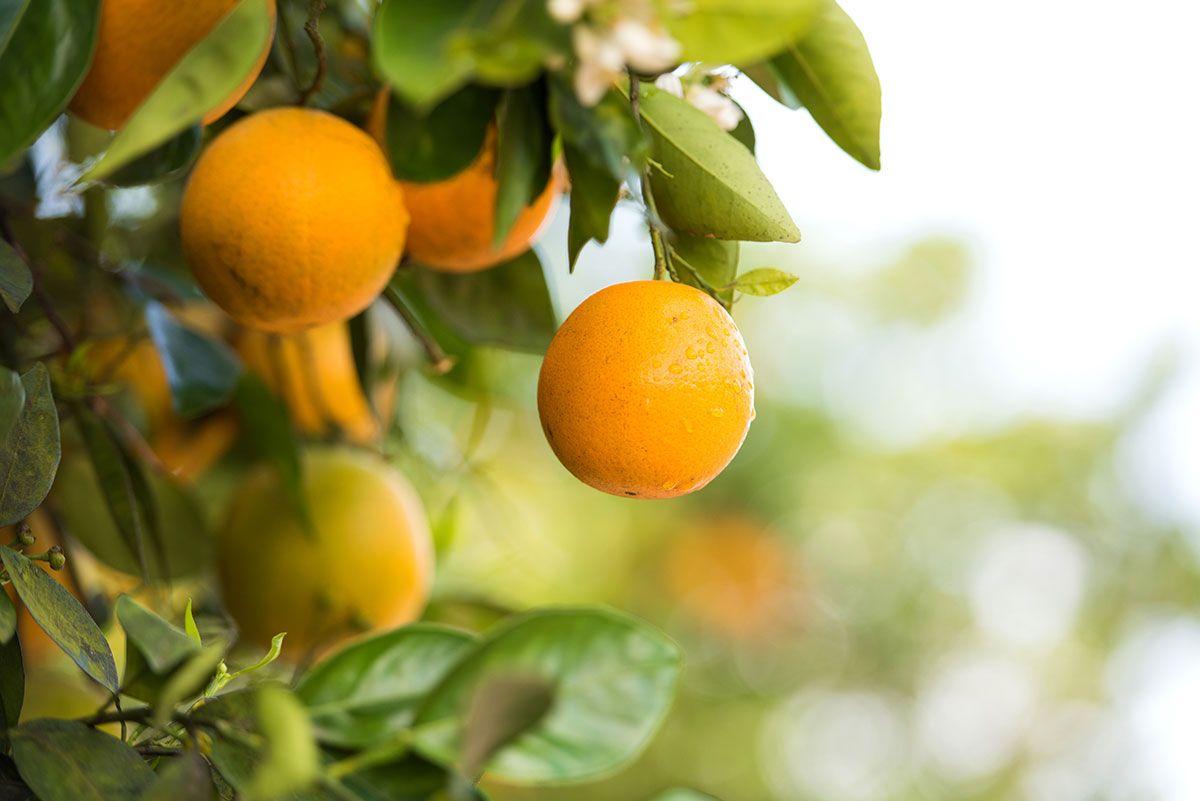 The two big agricultural industries on the Treasure Coast, citrus and cattle, have so far weathered the impact of COVID-19, even as cattle prices plunged in March and April and as growers and packers are on guard for the pandemic’s affect once the citrus season resumes in October, industry participants said.

Day-to-day life for citrus growers and cattle ranchers and their workers has not changed much since the virus began to significantly affect life in Florida in mid-March. Both citrus and cattle producers on the Treasure Coast are busiest from October until about mid-March. Plus, for cattle ranchers, there’s a lot of wide-open outdoor space and little human-to-human contact, said Alec Wynne, owner and veterinarian of Wynne Ranch in western St. Lucie County.

Sales of juice to restaurants and other industrial customers is down, but overall sales are up because about 80 percent of citrus juice and whole fruit sales in the area are bound for retail consumers, Bournique said.

In a four-week period ending June 6, Florida orange juice retail sales rose 24 percent from the same period in 2019, at the equivalent of 34.65 million gallons, and were up a whopping 46 percent in four weeks ending April 9, according to retail sales tracker Nielsen Holdings.

Grapefruit sales ending June 6 rose 2 percent and for the four weeks ending April 9, rose 25 percent. Bournique said Indian River area sales are in line with overall state data. The Indian River area has a heavier presence of grapefruit than Florida in general, where oranges dominate. Most of the state’s and the area’s citrus is made into fresh juice.

MORE COVID CASES THIS FALL
Across Florida, about 90 percent of citrus is sold to retail consumers, said Shelley Rossetter, spokeswoman for the Florida Department of Citrus.

Greg Nelson, president of Egan Fruit Packing based in Fort Pierce with a packing house in Fellsmere, said none of Egan’s workers have come down with COVID-19. But, he adds that cases are likely over time, particularly when the picking and packing season begins in October. Nelson said his employees are and will continue to have regular temperature checks and be required to wear masks.

“I fully expect that there will be more cases developing in this area and among the farming workforce,” Nelson said. “We’re trying to make the best plans we can as to how to manage that.”
That includes mandatory mask-wearing and additional spacing and physical barriers at packing houses this fall.

While sales of Florida oranges and grapefruit were up in the spring, production forecasts for the citrus year are down 5 percent since March, the U.S. Department of Agriculture says.

But that is due to Mother Nature and not the virus, said Nelson. Fruit was smaller than expected this season, meaning it took more pieces to fill those boxes, and not because of the virus or the citrus greening disease, which continues to be the top nemesis for Florida growers. 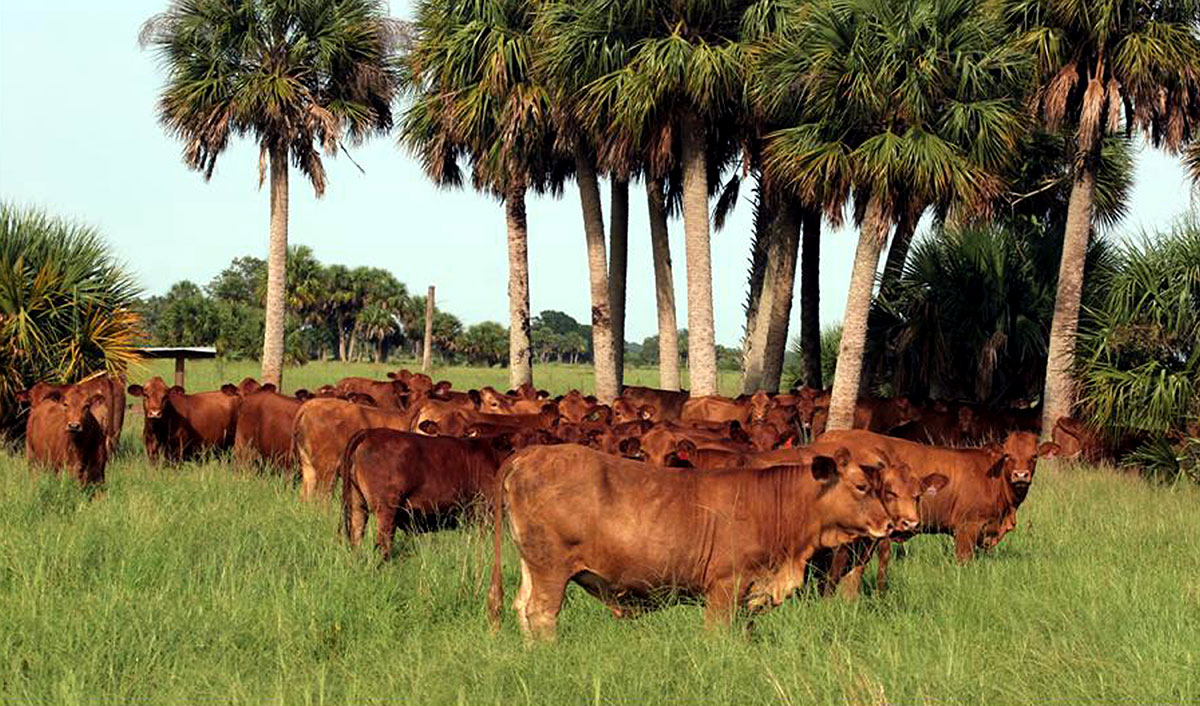 Treasure Coast cattle like the ones in this photo are mostly sold to feed lots from Texas to Colorado. ADAMS RANCH

CATTLE PRICES DIP
Florida cattle prices in March and April were down about a quarter from a year earlier, but in May and June recovered to nearly last year’s levels, said Chris Prevatt, an industry economist at the University of Florida Institute of Food and Agricultural Sciences. Treasure Coast cattle sold in March and April fell a third from 2019, said Rick Modine of Modine’s Trails End ranch in St. Lucie County. May and June prices returned closer to the norm.

Overall, fewer calves will be sold in the 2019-2020 season, because the processing plants in the middle part of the United States will not be able to boost production enough to make up for greatly slowed processing in March and April, Prevatt said.

Florida cattle are mainly sold to feeder lots in Texas, Oklahoma, Kansas and Colorado, which then sell to the processing plants. The knock-on effect of increased or decreased processing plant production in turn hits the feeder lots and Florida’s ranches, said Wynne.