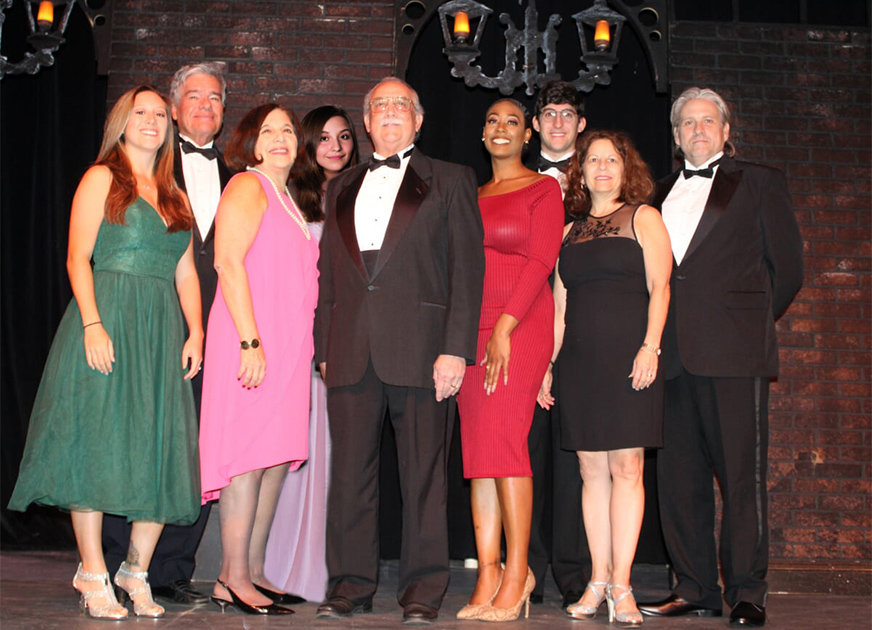 The Centennial Celebration Finale has been scheduled for Saturday, Oct, 26, in Historic Downtown Vero Beach. The events will begin at 9 a.m. at the Parade Reviewing stand at the intersection of 14th Ave and 21st Street, hopping with live music while the crowd awaits the arrival of the Centennial Parade down 14th Avenue from the Vero Beach High School staging area.

Celebrating 20 years of entertaining Vero Beach, Disc Jockey Joe Tessier, owner of Swingsation’s Studios, will be kicking off the morning festivities playing a great mix of lively and fun music that will entertain and delight both the parade participants and onlookers. All are welcome anywhere along the route, but the main action will be by the Parade Reviewing stand. Radio Hosts Bob Soos and Hamp Elliot from WGYL and WTTB (The official radio station for the Centennial), will join Tessier announcing all the colorful news about the parade participants, floats, bands and getting the crowd all revved up for the day ahead. 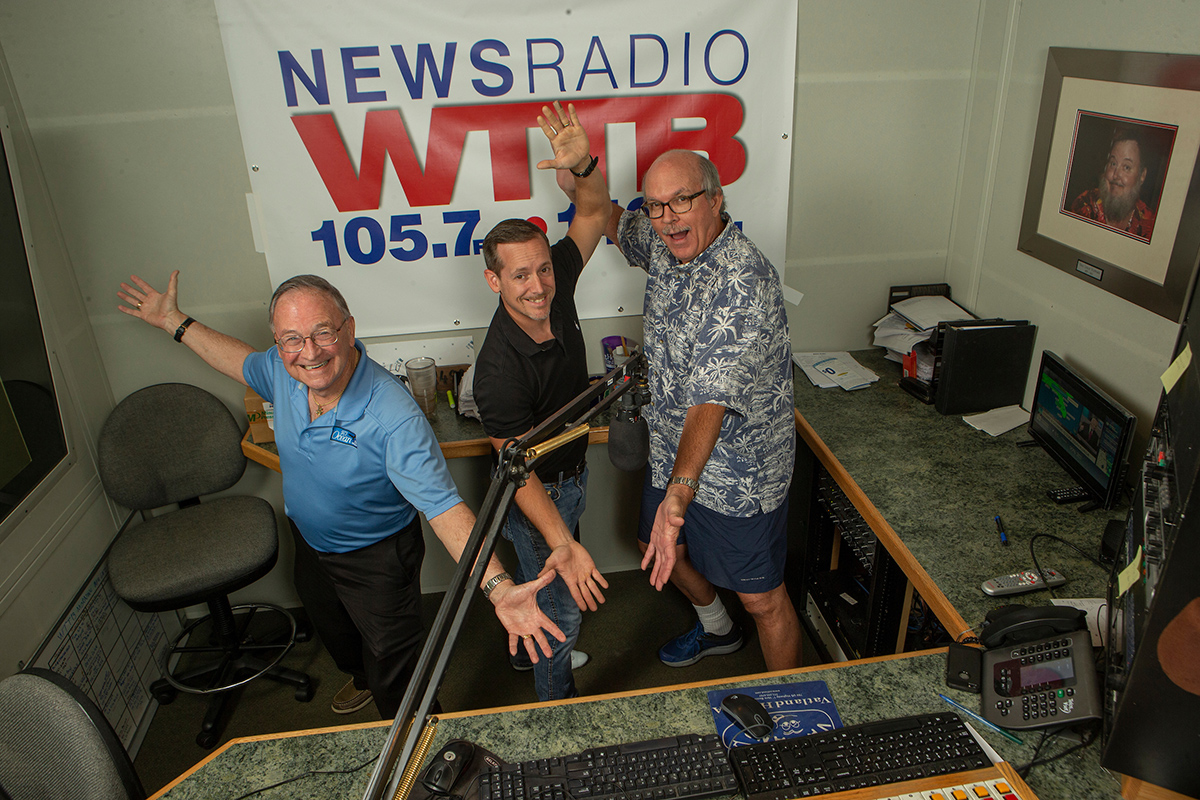 Disc Jockey Joe Tessier with radio personalities Elliott and Bob Soos who will be playing music and announcing parade from the downtown Reviewing Stand. JACK FOLEY

As soon as the parade leaves downtown, everyone is invited to make their way to Pocahontas Park where most of the remaining festivities will be held and led by Radio Emcees Soos and Elliott. First up on stage is the Jordan Thomas Odyssey (JTO) Band ready to entertain for your listening and dancing pleasure. JTO have been performing around Vero Beach to rave reviews and will feature a group of 6 musicians on piano, saxophone, drums, guitar and bass. Featured vocalist Carla Holbrook will take the audience on a journey through the decades from the standards, to Motown, to rock with two different time segments during the day; 12:15-1 p.m. and then returning with a segment from1:45-3 p.m. 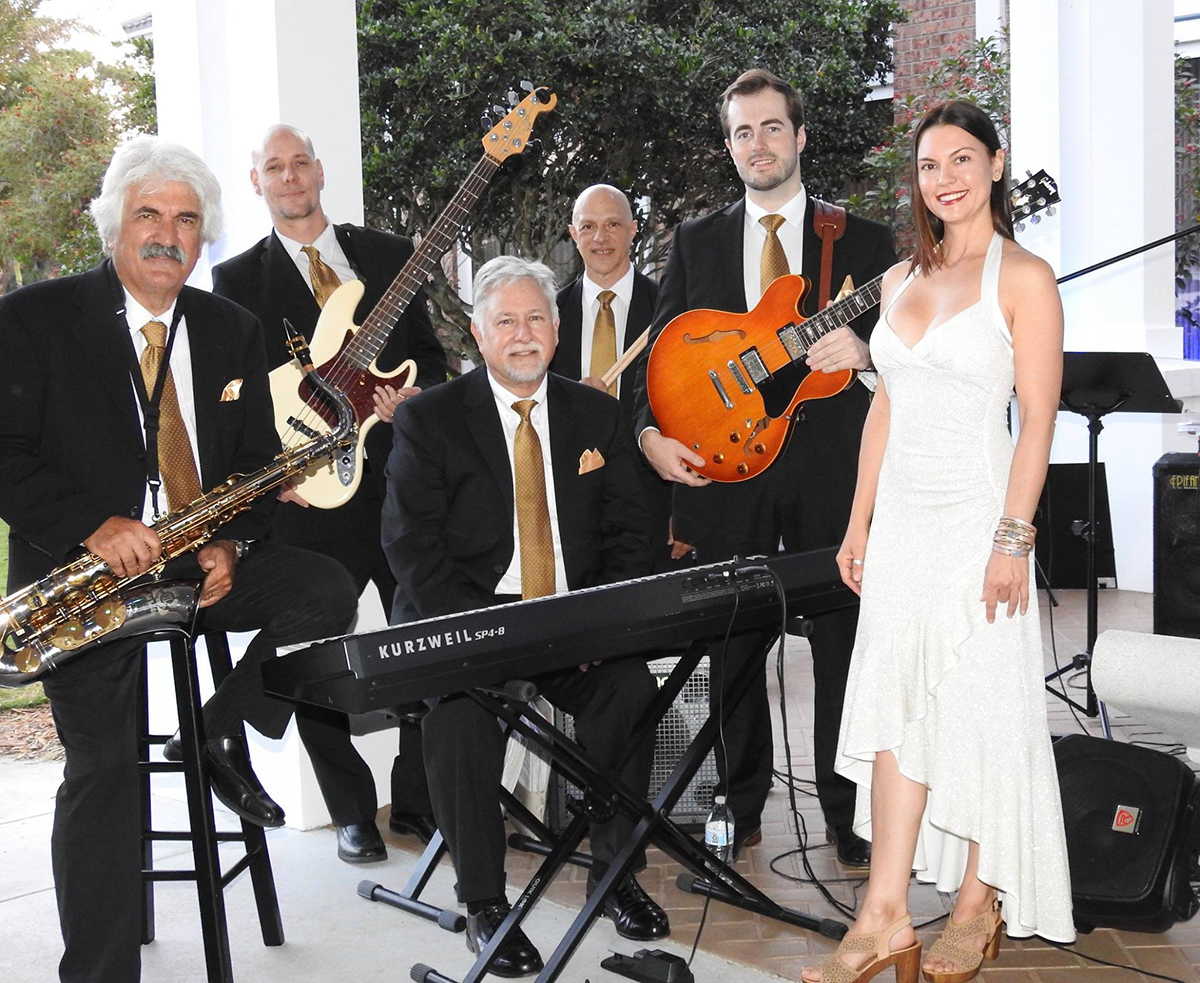 Jordan Thomas Odyssey will perform right after the Parade from the Pocahontas Stage. PROVIDED

Audiences will be serenaded throughout the day by the Vero Beach Theatre Guild’s popular traveling performance group, Guild on the Go. Over the last four years under its director, Larry Strauss, it has featured many of the Vero Beach Theatre Guild’s top musical theatre performers. The current cast of Guild on the Go includes Dennis Love, Scott Freshley, Shannon Maloney, Kaitlin Ruby and Dr. Robbie Rose. Guild on the Go features great talent and musical material that is appealing and appropriate for theatre audiences and the general public. They will perform three segments throughout the day that will feature Broadway show tunes such as “If I Were a Rich Man”, “New York New York”, “You’re a Grand Old Flag” and “When You’re Good to Mama” from Chicago as well as patriotic songs like GOD BLESS AMERICA, written in 1918 by Irving Berlin as a “prayer for God’s blessing of peace for the nation during WWI”…perfect for the Centennial. Performance times will be 1:00pm – 1:30pm; 2:15pm – 2:45pm and 4:30pm – 5:00pm.

For two sing-a-long, dance-a-long segments at 3:45-4:30 pm and concluding the day from 5:00-6:30 pm will be BeatleBeat, known internationally as the world’s most fun and entertaining tribute show! The band includes an all-star cast with members from the original Broadway and touring cast of Beatlemania and The British Invasion from Disney World’s EPCOT. BeatleBeat captures the music, energy and magic of a Beatles concert with authentic outfits of different eras. 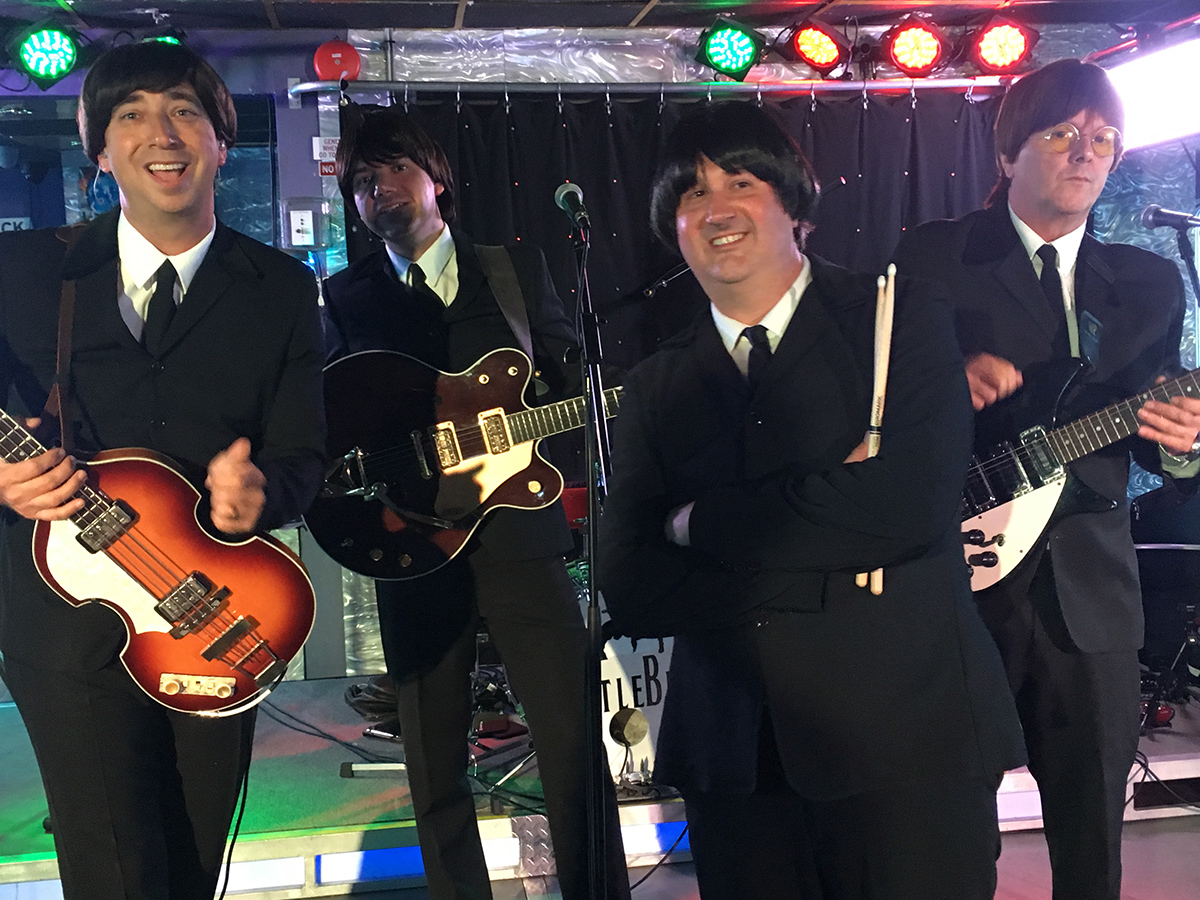 BeatleBeat will begin their late afternoon performance from the Pocahontas stage with early day songs and attire. BEVERLY S. PARIS

With their famous black “Ed Sullivan” suits, BeatleBeat spans the Fab Four’s touring era with classic hits like “I Want To Hold Your Hand”, “A Hard Day’s Night”, “I Saw Her Standing There”, “Help!” and many more early favorites! Then changing into colorful Sgt. Pepper suits, they will perform classic favorites from the “Summer of Love” including “Sgt. Pepper”, “With a Little Help from My Friends” and “Yellow Submarine” just to mention a few!

The Centennial Celebration year has been sponsored by Florida Power & Light. The official Centennial Flagship Radio Station is WTTB News Radio 105.7 FM/1490 AM. Co-chairs for the Celebration are Tammy Bursick and Tony Young. For road closures, parade route, parking opportunities, shuttle bus times, and all other information about the day, please visit www.verobeach100.org. Feel free to also download a Centennial flyer or brochure prepared by Beverly S. Paris Centennial Official Publicist along with Adams Media Group and pass on to your friends and neighbors. All times on event schedule are approximate. For added information, contact Co-chair Tammy Bursick at 772-978-4700.