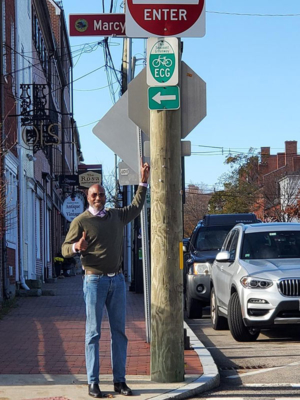 St. Augustine, FL – As a local St. Augustine area business and production company, Hankerson Henry Productions supports cycling and the cycling lanes relative to the U.S. 1 Resurfacing Project after recently releasing a successful film, “Gullah Geechee Corridor and the East Coast Greenways”. The documentary highlights St. Augustine’s history, local community, and the many outstanding cycling opportunities on the East Coast Greenway and other “rails to trails” cycling/nature trails in Florida’s Treasure Coast and across the state.

We invite you to watch our “Gullah Geechee Corridor and the East Coast Greenway” film Trailer here: https://youtu.be/4WOtcW6ztVg

Our film is the result of successful public and private/local, state, and federal collaboration including the Florida State Parks system and the FLDOT.

Hankerson Henry Productions is committed to being avid supporters of and advocates for the cycling community and the positive impact it has on Florida’s tourism industry and economy, which according to WLRN.org, the state saw a Record 126.1 Million Visitors to Florida In 2018. Additionally, Tampa Bay Biz Journal reported in August of 2019 that “Florida tourism numbers up in first half of the year... Florida’s visitor count continued at a record pace through the second quarter of 2019, Gov. Ron DeSantis’ office said Thursday.”

Articles and studies focused specifically on the positive impact of pro-cycling policy and action by Florida and nationwide also are plentiful, including “Economic Impact” from the Adventure Cycling Association and the Florida Coast-to-Coast Connector Economic Benefits and Market Report, to name a few. There are also plenty of studies and media showing the positive eco-tourism on land that cycling provides relative to the negative impact Florida’s water crisis (algae blooms) has had on tourism.

Promoting cycling is good business. Too often we think in terms of either/or when both is possible. We believe supporting the cyclist and cycling lanes on U.S. 1 does not have to come at the expense of loss of parking, convenience, and/or revenue to local businesses. Creative problem solving should and could be a win-win for both cyclists and parking needs.