HHP announces their next project, “The First American Revolution: Fort Mose” with the launch of an IndieGoGo fundraising campaign

Treasure Coast, FL – Hankerson Henry Productions (HHP) has had a busy 2019 and they’re just getting started! Founders and co-executive producers, Derek Boyd Hankerson and Sheri Henry announce their next film project, “The First American Revolution: Fort Mose”. HHP launched an IndieGoGo fundraising campaign for the “Fort Mose” project in addition to pursuing other sources including grants and private investors. 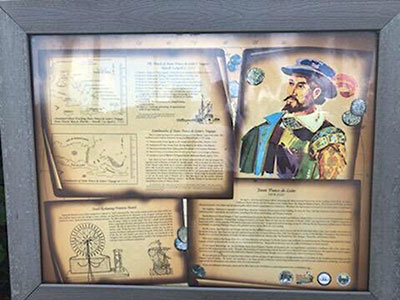 Hankerson has deep family roots along the Treasure Coast where the “bloody battle of Fort Mose” as it is often called, took place in 1740 and served as the precursor to the American Revolution forty years later. Now more than ever, Black Americans are discovering and embracing an inclusive role in America’s history beyond slavery and the plantation. The HHP film team believe this cultural makes the story of Fort Mose where the Spanish, West Africans, and Native Americans fought together for freedom against the British, is a timely one deserving to be told in a bigger way. ‪ 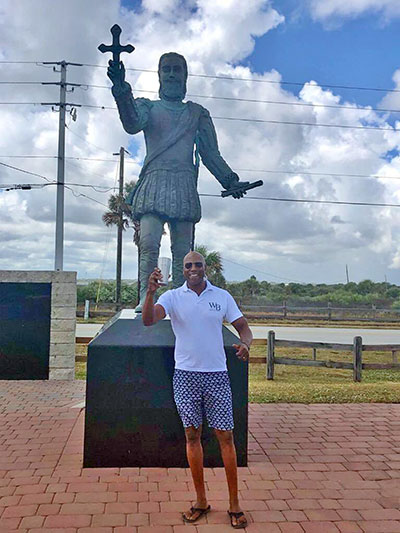 Hankerson also discussed the history around Fort Mose in his documentary with the Florida channel: https://thefloridachannel.org/videos/floridas-underground-railroad-southern-route-to-freedom/

The inspiration for the “Fort Mose” docudrama came from Hankerson Henry Production’s successful release of their documentary, “Gullah Geechee Corridor and the East Coast Greenway” which now available on Video On Demand for rent or buy by contacting [email protected] You can watch the trailer here: https://youtu.be/4WOtcW6ztVg.

The film explores the East Coast Greenway in St. Augustine along Florida’s Treasure Coast as well as highlighting the cultural heritage of the Gullah Geechee corridor. The East Coast Greenway is 3,000 miles of scenic trails that extends from Maine to Florida. The Gullah Geechee are West African descendants who settled along the south eastern coast. The 30 minute inspiring and informative film is ideal for cycling, historical, cultural, civic, and educational enthusiasts or organizations.

Hankerson, also directed, wrote, and narrated the film. He is a Gullah Geechee descendent with his family tracing back to arriving in America in the 1500s. Henry can also trace her family back to the famous American founder Patrick Henry. As a historian and cycling enthusiast, Hankerson has traveled to Ireland and northern East Coast Greenway in Maine to research a sequel film(s) on “Biking Ireland”.

More trails, including “rails to trails” of the old railway routes from slavery to freedom, are connecting through collaboration among private and public entities. The Gullah Geechee corridor extends from Pender county, North Carolina to St. John's county, Florida. Hankerson is well versed in working with and for government and political organizations. In 2016, he was President Trump’s northeast regional director and worked for the RNC and FLGOP in St. Lucie county in the General Election where the president won Florida by winning St. Lucie county. It was one of 9 rural areas across America that flipped. Winning over the minority voters played a key role in Trump’s victory in Florida.

Not ones to miss out on another opportunity that combined Florida tourism and filmmaking, Hankerson Henry Productions assembled a team to participate in the Marriott’s CRN-Convention & Resort Network 48HourFilmChallenge from August 21-25, 2019 and Hankerson Henry Productions rallied a team together to participate. The challenge was to create an short film (5-10 min) in just 48 hours on location at the JW Marriott Marco Island using props, key words, and a theme while also incorporating creatively transformed hotel meeting rooms. The bigger challenge for Hankerson Henry Productions was to assemble the five person team on short notice which added to the drama of the “reality show” that was also being filmed as part of the event.

Hankerson Henry Productions core team consisted of Sheri Piper Henry as Producer, Derek Boyd Hankerson as Director and Tamara Leigh as Writer. Henry and Leigh flew in from Wisconsin while Hankerson drove over to Marco Island from his home location on Florida’s Treasure Coast. The hardest hurdle to overcome for the Hankerson Henry Productions team was filling the Cinematographer and Editor spots since their usual film crew members were unavailable. Not ones to be easily dissuaded (filmmaking is not for the faint of heart), Hankerson called, coaxed, and finally convinced two adventurous fellow Treasure Coast residents, Katrina Collins (Cinematographer) and Teri Duron (Editor) to complete the team.

The 48 Hour Film Challenge proved to be a rewarding experience for Hankerson Henry Productions in support of both filmmaking and in promoting tourism, Florida’s #1 industry.

Follow @HHPfilms on Instagram as well as @HHPfilms and @ggcaecg on Twitter for more on the film production company’s happenings in addition to the 48 Hour Challenge in addition hashtags #MarriottCRN #CRN48 #HHPfilms. Hankerson Henry Productions is an independent film company focusing on inspiring stories and informative documentaries. As HankersonHenryProductons.com says, they believe in “The Power of Films. The Passion of a Team.”